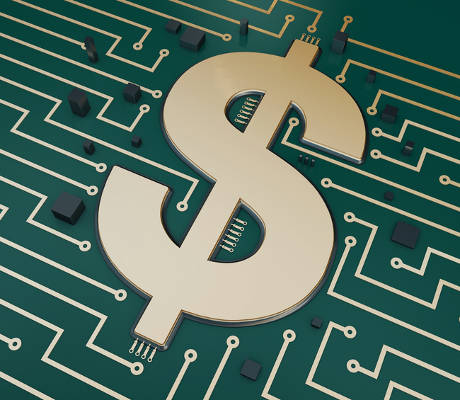 CSCO Stock: Here’s Why Cisco’s Dividend Will Double Yet Again 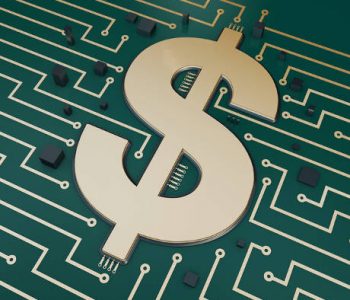 CSCO stock is heating up. After relatively mediocre performance in 2016, shares of networking gorilla Cisco Systems, Inc. (NASDAQ:CSCO) are already up about 12% in 2017, compared to the Dow’s return of just four percent.

Now, judging from that kind of stock action, it would be natural to assume that Cisco is experiencing some kind of spike in growth. But that’s far from the case. In fact, revenue has been slumping for quite some time now, suggesting that the recent stock momentum isn’t all that sustainable.

As regular readers know, I’m obsessed with finding high-quality dividend stocks selling at reasonable prices. So if a blue-chip stock goes on a nice little rally, I need to ensure that the run is largely based on improving fundamentals, and not just on speculative emotion.

Well, income-oriented investors will be happy to know that despite its top-line troubles, Cisco remains a fundamentally sound dividend stock, even at these slightly elevated levels.

Let me explain by first digging into the company’s Q2 results last week.

As I touched on, Cisco hasn’t exactly been tearing it up on the revenue front, and Q2 was no exception. While earnings per share of $0.57 managed to top estimates by a penny, revenue declined about three percent to $11.58 billion, representing the fifth consecutive quarter of top-line declines.

Once again, it was weakness in Cisco’s legacy switching and routing segments–still the company’s largest by far–that led the decline. Overall product revenue fell 5.5% over the year-ago period to $8.5 billion, driven primarily by a five-percent drop in switching and a 10% plunge in the routing business. Furthermore, product gross margin slipped 20 basis points to 61.1%, suggesting that Cisco’s pricing power continues to slip.

Intensifying competition from the likes of Juniper Networks, Inc. (NYSE:JNPR) and Brocade Communications Systems, Inc. (NASDAQ:BRCD), coupled with weak spending by telecom carriers, continue to be the major theme within Cisco’s hardware business. And judging from the company’s Q2 results and near-term outlook, things aren’t going to turn anytime soon.

For Q3, management expects revenue of down two percent to break-even.

So why is CSCO stock rising amid a downturn in the core business? Well, it all boils down to where the company’s portfolio is headed, not necessarily where it’s been.

See, to combat the weakening demand for its traditional products of switches and routers, Cisco has been emphasizing software and services within areas such as security, cloud computing, wireless, and collaboration segments. And it’s here that management’s initiatives are definitely gaining traction.

In Q2, Cisco’s deferred revenue, a key measurement in the company’s shift to software, increased a solid 12.5% over the year-ago period. But what I found especially impressive was that the portion of deferred revenue related specifically to recurring software and subscription business spiked a whopping 51% year-over-year.

Other positives in the quarter were a 14% revenue jump in security due to successful new products, a four-percent increase within collaboration fueled by strong telepresence sales, and three-percent wireless growth on solid adoption of the company’s “wave 2” wireless products.

Thus, the market’s optimism over Cisco’s long-term trajectory makes complete sense given the higher-growth, higher-margin nature of software and services. And with Cisco having recently announced the acquisition of application software specialist AppDynamics for $3.7 billion, I only expect those positive trends to continue.

“We are pleased with the quarter and the continued customer momentum as we help them drive security, automation and intelligence across the network and into the cloud,” said CEO Chuck Robbins. “This quarter we announced our intent to acquire AppDynamics which, combined with Cisco’s networking analytics, will provide customers with unprecedented insights into business performance.” (Source: “Cisco Reports Second Quarter Earnings,” Cisco Systems, Inc., February 15, 2017.)

But while all that optimism over growth is wonderful, we income investors need to be focused primarily on a company’s dividend-supporting free cash flow. Here, the news also isn’t as dire as Cisco’s hardware business would lead you to believe.

Despite sluggish core legacy demand and a drop in product margins, Cisco is still the clear top dog in data networking, boasting more than 50% of the $40.0-billion-plus switching/router market. Moreover, Cisco’s hardware continues to be seen as a premium offering in the space, allowing the company to earn about 50% more revenue per port than HP Inc (NYSE:HPQ), its next largest rival.

Thanks to that unmatched scale and pricing power, Cisco was able to generate a monstrous $3.8 billion in operating cash flow in the second quarter, $2.3 billion of which was returned to shareholders ($1.3 billion in dividends and $1.0 billion in stock buybacks).

Furthermore, management announced a 12% increase to its quarterly dividend, bringing it to $0.29, representing the company’s seventh straight year of increases. In fact, Cisco has boosted the dividend in every year since it started paying one in 2011, growing it a massive 383% over that time span.

Given Cisco’s dominant networking position, solid growth prospects, and still-relatively low payout ratio of 47%, I only see the company’s dividend growing at a double-digit rate for many years to come.

That brings us back to Cisco’s positive stock price momentum, which now seems largely justified, given the company’s growth prospects and rapidly increasing dividend.

After all, CSCO stock continues to boast a rather attractive dividend yield of 3.4% even with the run-up, higher than that of both the industry (2.6%) and the S&P 500 (2.2%). Furthermore, Cisco stock trades at a forward price-to-earnings ratio of 14, representing a clear discount to the S&P’s of 19.

So while buying into a stock at 52-week highs isn’t exactly ideal, it definitely might make sense for dividend investors to do so with Cisco.

The Bottom Line on CSCO Stock

Most importantly, with a dividend that is solidly increasing and boasting an above-average yield to boot, Cisco stock is still a reasonably priced opportunity for income investors.