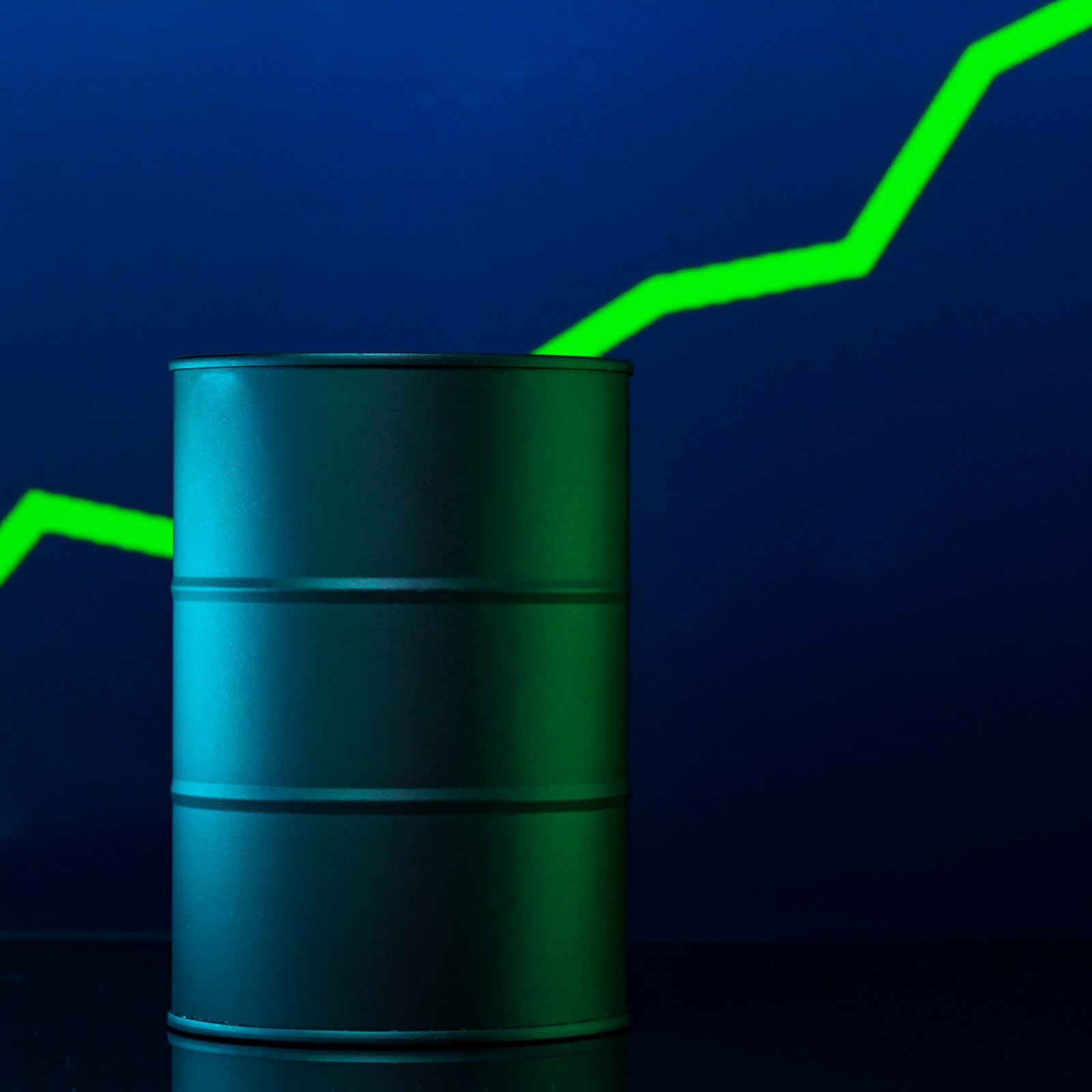 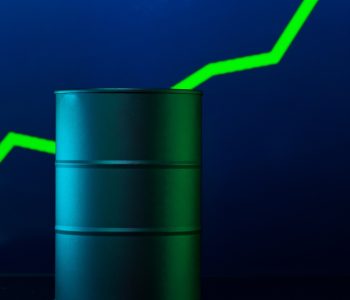 Crescent Point Energy Stock Is One to Watch

High crude oil prices continue to reward energy companies with gushes of free cash flow. Smart companies are using that money to bolster their balance sheets and reward their shareholders. One overlooked energy company that’s been raking in money and whose share price has been trouncing the market is Crescent Point Energy Corp (NYSE:CPG). Moreover, the company recently announced its fourth dividend hike in less than a year.

Not only were the well costs in the Kaybob region 20% lower than anticipated, but thanks to higher oil prices, management expects the Kaybob wells to achieve returns of 120% and reach payout in less than a year.

In 2021, Crescent Point Energy Corp was able to fully repay the $670.0 million of the debt it used to purchase the Kaybob Duvernay assets and reduce its net debt by $144.0 million.

The company also said at the time that it expected to generate approximately $1.1 billion of excess cash flow in 2022, based on crude oil at $80.0 per barrel.

In March, Crescent Point Energy Corp said it was increasing its share repurchases from $100.0 to $150.0 million. The company said it expected the buybacks to be completed by mid-2022. It also announced a quarterly dividend of $0.045 per share, which represented a 50% increase over the prior level.

That dividend hike was just the start.

Crescent Point Energy Corp’s net debt at the end of the first quarter was approximately $1.8 billion. During the quarter, the company paid down $230.0 million of debt. It ended the quarter with an unutilized credit capacity of more than $2.0 billion.

During the first quarter, the company worked on completing its second multi-well pad in the Kaybob Duvernay, which it said would go into production in the second quarter of 2022. Crescent Point Energy Corp said it expected to bring the final multi-well pad into production during the second quarter as well. In aggregate, the company expects to bring 18 gross (16 net) additional wells in the Kaybob Duvernay oilfield on production during the rest of this year.

The company also said it was on track to achieve its near-term debt target of $1.3 billion during the third quarter.

“As a result of our execution, improving financial position and focus on returning capital to shareholders, we are further increasing our dividend,” said Craig Bryksa, Crescent Point Energy Corp’s president and CEO. (Source: Ibid.)

He added, “We also remain active on our share repurchase plan given our compelling valuation and the investment opportunity it provides to enhance our per share metrics. Based on our revised dividend and planned share repurchases, we expect to return approximately 30 percent of our excess cash flow to shareholders during the first half of the year.”

In May, Crescent Point Energy Corp announced that it was increasing its quarterly dividend by 44% on a sequential basis to $0.065 per share. (Source: Ibid.)

On July 6, Crescent Point Energy announced that it had achieved its near-term debt target of $1.3 billion earlier than expected. It was able to achieve that due to proceeds of $300.0 million from asset sales. The company had also recently sold off non-core assets in Saskatchewan for $260.0 million and closed the sale of non-core Kaybob Duvernay assets for $40.0 million. (Source: “Crescent Point Increases Quarterly Dividend, Provides Updated Return of Capital Framework and Releases Sustainability Report,” Crescent Point Energy Corp, July 6, 2022.)

Achieving its near-term debt target earlier than expected allowed Crescent Point Energy Corp to hike its quarterly dividend once again, this time by 20% sequentially to $0.80 per share, for a yield of 3.2%.

That might be a bit low for dividend hogs, but keep in mind that the company has significantly raised its payout over the last four quarters, from $0.0025 in September 2021 to $0.08 in September 2022.

Furthermore, the company has room to fork over more cash to CPG stockholders; its payout ratio is a barely-there 1.3%.

What does that look like? In 2022, the company expects to generate more than $1.4 billion of excess cash flow, of which approximately $775.0 million is expected to come during the second half of the year—based on a West Texas Intermediate (WTI) price of approximately $100.00 per barrel.

Crescent Point Energy Corp plans to return more than $430.0 million of capital directly to shareholders in the second half of 2022, or approximately $865.0 million annualized. This will include dividend hikes, share repurchases, and special dividends.

“Given Crescent Point’s current valuation relative to its intrinsic value at mid-cycle commodity prices, the company initially plans to utilize a greater proportion of share repurchases within its return of capital framework,” said management. (Source: Ibid.)

And Wall Street analysts think better times are ahead for CPG stock. Of the analysts providing a 12-month share-price target, their average estimate is $13.11 and their high estimate is $17.75, for potential gains in the range of 82% to 146%. 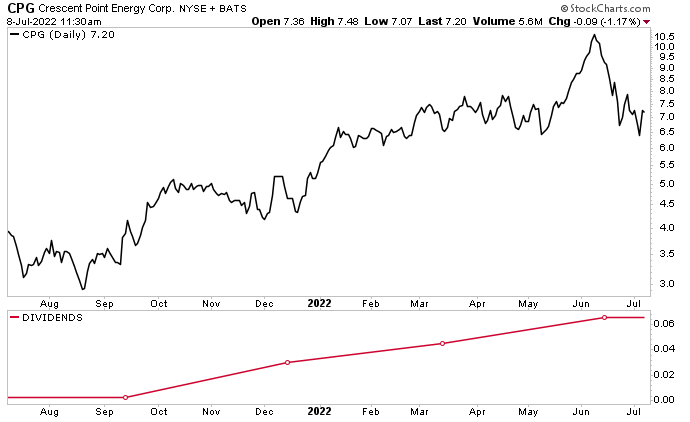 Crescent Point Energy Corp is an excellent, overlooked energy play that has been gushing cash, which has helped the company pay down its debt and increase its dividend four times in less than a year.

The company expects to generate cash flow in excess of $1.4 billion in 2022, which will help it fund additional dividend increases and share buybacks. It also means special dividends are on the table for CPG stockholders.