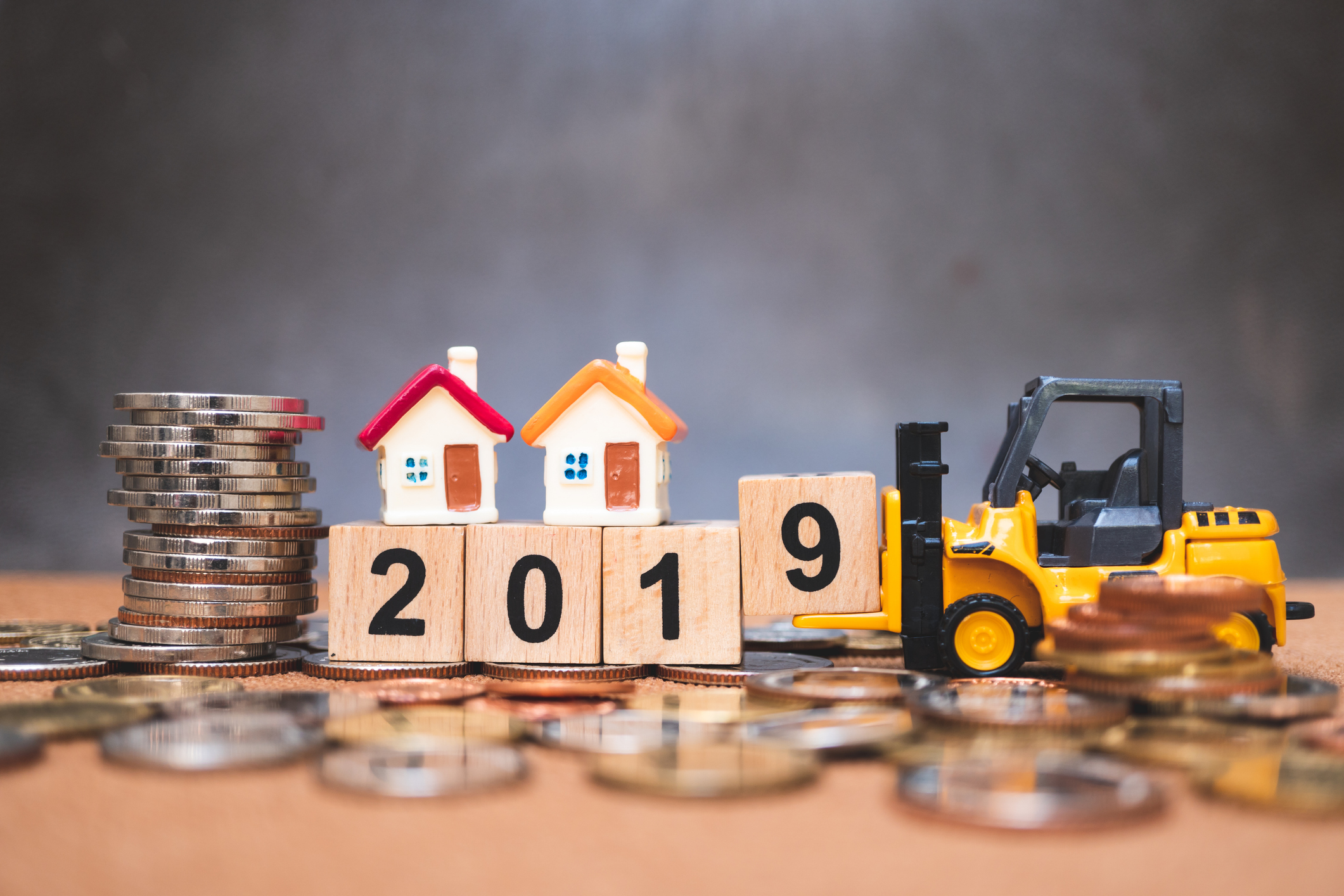 CoreSite Realty Corp: Why I’m Banking on This 4% Yield 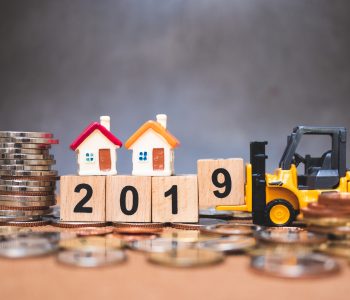 Each month, I sit down to write the next issue of Retirement Riches. The first thing I have to do is select a featured recommendation for readers. I often spend several days reading through reports and filings before writing down a single word.

Each time, I narrow down my shortlist to two solid candidates. Stock A will have robust growth prospects but pay out only a modest yield, while Stock B might offer a big up-front dividend but have few opportunities to boost its distributions.

And I know from the e-mails I receive from subscribers that I can never please everyone. Some readers, usually those with 10 years or more until retirement, like stocks with good growth prospects. Others, especially retirees, just want a good yield now.

But maybe you can please everyone.

Today I want to introduce you to Stock C: data center real estate investment trust CoreSite Realty Corp (NYSE:COR). At more than four percent, this cash cow yields three times more than the average stock in the S&P 500. Over the past eight years, the company’s distribution has increased eightfold.

And that growth rate shows no sign of slowing anytime soon. Thanks to an explosion of data consumption worldwide, analysts project that this business will see double-digit earnings growth for many years to come. That combination of a big upfront payouts and rapid growth should translate into exceptional returns.

CoreSite Stock Up 750%, with More Upside Ahead

Based in Denver, Colorado, CoreSite Realty Corp stands as one of the world’s largest data center companies. Last year, revenue topped $500.0 million, while the stock’s market capitalization hit $5.0 billion in February this year.

The technology behind these facilities can boggle your mind. The actual business model, however, is actually pretty easy to understand. CoreSite buys empty warehouses or office space across the country. Tenants then lease parcels of these spaces from management to store their data terminals.

This creates a win-win for everyone involved: CoreSite locks in a steady stream of rental income and tenants get space to store their terminals without the huge cost of building and maintaining their own data center.

This business model has three big advantages. First, rental prices can be quite high. Tenants will pay a premium for rack space in a well-located data center near customers. On average, CoreSite Realty Corp leases space to tenants for $121.00 per square foot. That’s far and above what landlords can earn in the same cities leasing to residential renters.

Finally, data center customers tend to be “sticky.” It can cost tens of thousands of dollars for tenants to switch locations (never mind the potential distributions to business operations). As a result, CoreSite Realty Corp can easily raise the rent each year without the fear of tenants moving elsewhere.

For CoreSite, this translates into high returns. In the real estate business, we measure the profitability of an investment through a metric called the capitalization rate, or cap rate. This number simply takes a property’s operating profits and divides it by the total cost to buy or develop the property. If you were to go out and purchase a typical data center today, you would earn an up-front cap rate of six percent.

The company juices these returns further by developing its own properties from scratch. This strategy comes with more risk; a lot of things could go wrong during development. But by controlling the construction process, management can lock down cap rates of up to 10% on new properties.

Wall Street, as you can imagine, has taken notice. When the company went public in 2011, CoreSite Realty Corp received little fanfare from the investment community. But after delivering blowout financial results, analysts have started to take notice.

From its initial offering, CoreSite shares have increased more than sixfold in value. Including dividends, the business has delivered a total return of 750%. And this could be just the beginning.

Selling Picks and Shovels to the Data Gold Rush

You don’t need to be a computer geek to see how technology has transformed over the past few decades.

In 1995, a $500.00 personal computer came with one gigabyte of hard disk space—enough storage for one hour of high-definition video. Today, a comparably priced device will come with a one-terabyte hard drive, a 1,024-fold increase in storage capacity—and most of us still need more space.

Yet these numbers pale in comparison to the storage requirements of entire companies.
For instance, Internet users upload more than 300 hours of video content to “YouTube” each minute. “Netflix” subscribers collectively stream 140 million hours of movies and TV shows each day. Every second, “Twitter” users send out 6,000 tweets.

In 2014, a jaw-dropping study was conducted on the sheer size of the digital universe. The study estimates that the total amount of data in existence increases by 40% every year. The study also predicts that, by 2020, the information we create and copy will reach 44 zettabytes annually. (Source: “Data Growth, Business Opportunities, and the IT Imperatives,” International Data Corporation, last accessed March 11, 2019.)

If you were to imagine that data stored in a stack of “iPads,” you would have enough tablets to stretch to the moon and back more than six times.

Analysts project that the growth rate will only accelerate in the years ahead as more devices connect to the Internet. Large portions of people in emerging markets like China, India, Africa, Southeast Asia, and the Middle East have only just started getting online.

Of course, companies have to store all of those ones and zeroes somewhere. Alphabet Inc (NASDAQ:GOOG) plans to spend $13.0 billion on constructing new data centers across the United States. According to Alphabet CEO Sundar Pichai, the company will open new locations in Ohio, Nebraska, and Nevada—in addition to expanding existing facilities in Oklahoma. (Source: “Investing across the U.S. in 2019,” Google, February 13, 2019.)

Other tech giants, such as Apple, Microsoft, and Amazon.com, Inc. (NASDAQ:AMZN) have made similar announcements in recent months.

CoreSite has found itself smack in the middle of this Internet gold rush. Last year, the company’s occupancy rate topped 93%. Bidding wars for rack space resulted in rental revenue jumping 13% to $544.0 million.

And most of that money flowed straight to the bottom line. During the same period, CoreSite Realty Corp saw adjusted fund flows from operations, a common measure of profitability in the real estate business, increase 26% year-over-year to $232.6 million.

This has turned CoreSite into a cash cow. As I mentioned above, management has boosted the company’s distribution more than eightfold since going public in 2011. Today, COR stock pays a quarterly dividend of $1.10 per share, for an annual yield of more than four percent. 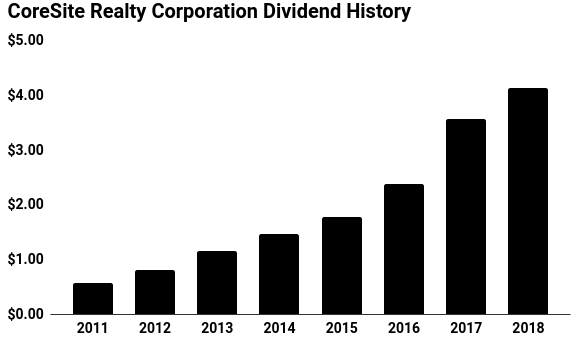 The company also has four new data centers under development, with several more proposals in the pipeline. In total, the company plans to spend up to $415.0 million in constructing new facilities in 2019.

For holders of COR stock, most of these profits should get passed on to investors. Over the next five years, analysts project that CoreSite Realty Corp will grow its fund flows from operations per share at a 15% compounded annual clip.

Given the company’s modest payout ratio and underleveraged balance sheet, we can expect the dividend to grow more or less in line with profits.

Not that there aren’t concerns regarding COR stock. Some analysts worry that big cloud providers could start building more of their own data centers, relying less on third-party providers.

Finally, most REITs fund their acquisitions through debt. So if interest rates rise, higher funding costs could take a bite out of profits.

That said, CoreSite is better positioned to handle these issues than other REITs. Rather than building out a wave of generic data centers across the country, the company has focused its resources on niche properties in major urban centers.

Tech giants will pay a premium for these spaces because they want to be closer to customers. Proximity, after all, means faster service with less lag time; that’s important for anything that involves streaming video or gaming.

Moreover, these regions face real-world restrictions on building new supply. So even if rivals flood the market with new data centers, CoreSite has an ark to ride out the storm.

Furthermore, the company could likely stomach higher interest rates with little disruption to its cash flows. CoreSite has a modest debt load, with only $2.80 in liabilities for every dollar generated in adjusted earnings before interest, taxes, depreciation, and amortization.

Most of these debts don’t mature until after 2022. Furthermore, management has locked in a lot of these liabilities to fixed interest rates.

All of this should help shareholders sleep at night.

Some investors believe they have to choose between income and growth. But I say, why not have both?

CoreSite Realty Corp offers a compelling combination of upfront yield and robust growth potential. Investors who don’t own this stock today could be kicking themselves in 20 years.