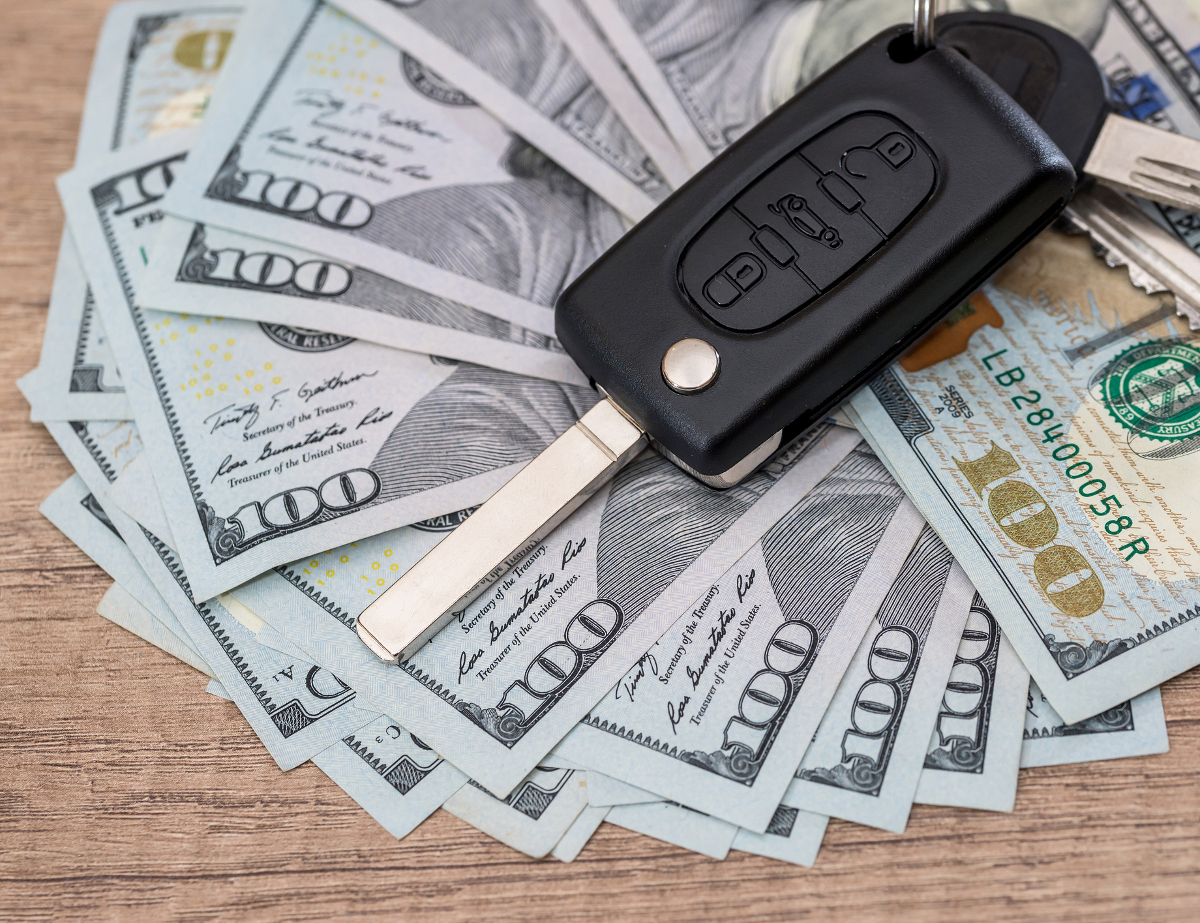 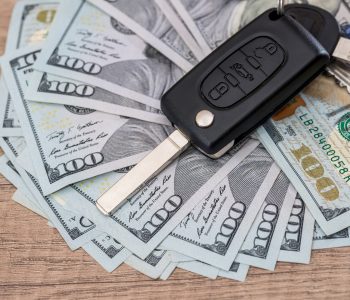 Why Ford Stock is a Solid Pick for Income Investors

For stock market investors, the automotive industry doesn’t really have the best reputation after what happened during the last financial crisis. But there is one U.S. automaker that still deserves the attention of income investors: Ford Motor Company (NYSE:F).

The thing is, even though Ford knows how to make cars and sell them, investors aren’t really enthusiastic about its business. And to be honest, it’s not really the company’s own fault. With even the biggest automaker in America, General Motors Company (NYSE:GM), filling for Chapter 11 bankruptcy in 2009, many investors are still having second thoughts when looking at companies in the auto industry.

However, this is a time when the economy is doing well, and U.S. consumer confidence just reached a 15-year high. When things take a turn for the worse—as they have always done throughout history—auto sales will likely take a hit.

That concern has made investors cautious toward companies in the auto industry, and especially Ford. You see, the past year has been a phenomenal period for the U.S. stock market in general. Ford stock, on the other hand, dropped 17% over the last 12 months. It’s share price performance was not only worse than the overall market, but also worse than its peers, General Motors Company and Fiat Chrysler Automobiles NV (NYSE:FCAU).

However, one byproduct of Ford stock not being a hot commodity is that the company does offer something attractive to income investors. A company’s dividend yield is calculated by dividing its annual payout by its share price. With a subdued share price, Ford stock is offering a handsome dividend yield of 5.52%. Keep in mind that right now, the average dividend yield of S&P 500 companies is at a measly 1.95%. (Source: “S&P 500 Dividend Yield,” Multpl.com, last accessed May 19, 2017.)

Of course, there is a lot more to dividend investing than a company’s dividend yield. What about the cyclical nature of the industry?

Surviving in a Cyclical Industry

Well, first of all, note that Ford is the only company among Detroit’s “Big Three” automakers that did not need a government bailout in the last financial crisis. It was no doubt in a difficult situation and needed to borrow billions of dollars, but in the end, it survived.

Secondly, today’s Ford should be able to handle the next recession better than the last one. The company has come a long way in terms of streamlining operations. Last year, Ford said that because it can adjust production to fit demand very quickly, it would be able to make a profit even if U.S. auto sales plunges 30%. (Source: “Ford Says It Could Make Money If U.S. Auto Sales Fell 30%,” Bloomberg, March 22, 2016.)

Moreover, the company is going to downsize even further. Last week, it was reported that Ford plans to cut 1,400 jobs in North America and Asia using voluntary retirement packages. (Source: “Ford to Cut 10% of Salaried Workforce in Asia, North America,” The Wall Street Journal, May 17, 2017.)

While the stock market didn’t really cheer for the news, having a “lean mindset” could be the key to surviving in this cyclical industry.

In addition, even though Ford stock has a relatively high yield, the company is not really paying out an unsustainable amount of money. Using its net income minus pension and other post-employment benefits (OPEB) remeasurement as a base, Ford stock had a shareholder payout ratio of just 43.3% over the last two years. Note that this payout ratio takes into account the supplemental cash dividends for the last two years. If you just look at its regular quarterly cash dividends, its payout ratio would be even lower. 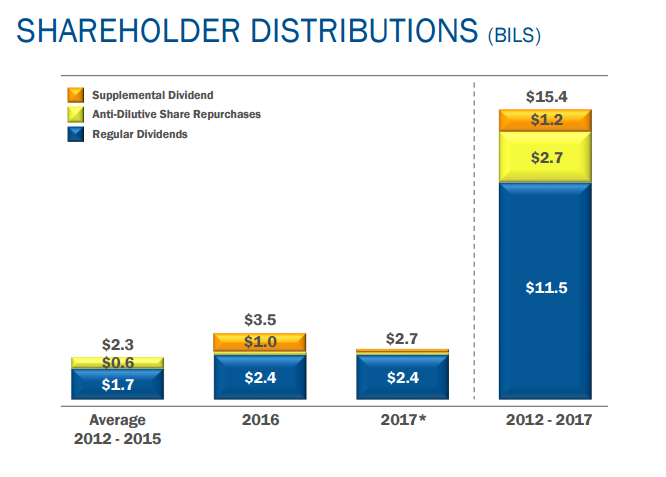 According to Ford, management is targeting total distributions of between 40% and 50% of prior year’s net income less pension and OPEB remeasurement.

Ford knows the cyclical nature of its business, so rather than raising its regular dividend rate aggressively, it chooses to pay special dividends when things are good. Combined with a relatively low target payout ratio, Ford stock should be able to keep returning value to shareholders.

The Bottom Line On Ford Stock

Don’t forget that Ford is also aiming to transform from an auto company to an auto and mobility company. It is currently working on developing fully autonomous vehicles that can be used for ride sharing and plans to debut those vehicles in 2021. With solid current performance and future potential, Ford stock is certainly worth considering for dividend investors.