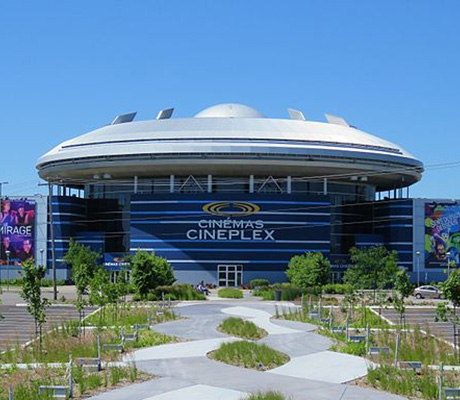 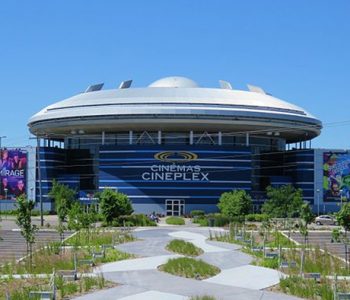 If you thought that a cold winter would deter Canadians from going to the movies, you’d be wrong. Cineplex Inc (TSE:CGX), the company that owns and operates most of the movie theaters in Canada, just released a tremendous earnings report and raised its dividends.

Cineplex’s bottom line was even better. In the first quarter, the company earned net income of CA$21.5 million. That translated to CA$0.34 in diluted earnings per share, doubling the CA$0.17 earned per share in the year-ago period.

The company makes most of its money from the box office, so when you see a big jump in revenue, you know more people went to the movies in Canada. In fact, Cineplex just reported an all-time quarterly attendance record of 20.6 million patrons. Moreover, its box office revenue per patron (BPP) also reached a first-quarter record of $9.36.

A slew of blockbuster movies helped Cineplex achieve those record results. First up was Star Wars: The Force Awakens, which was released in December of last year but continued to bring in revenue in the first quarter. Then there was The Revenant, Deadpool, Zootopia, and Batman v Superman: Dawn of Justice, which all turned into big hits.

Of course, what income investors really care about are dividends and on that front, there is good news.

Cineplex just announced a 3.8% dividend increase to CA$1.62 per share on an annual basis. Since the company started paying dividends back in 2003, its annual distribution has increased more than 40%. (Source: “Dividend & Distribution Dates,” Cineplex Inc, last accessed May 3, 2016.)

At today’s stock price, Cineplex has an impressive annual dividend yield of 3.22%. And the best part is that you don’t have to wait three months between each dividend payment; Cineplex is one of the few companies that pay dividends on a monthly basis.

Going forward, the company is trying to expand its business beyond the volatile box office. Cineplex plans to build its third “Rec Room”—a dining and entertainment complex—in a 40,000-square-foot building in the heart of downtown Toronto, Canada. The company also has plans to bring video game tournaments to its theaters.