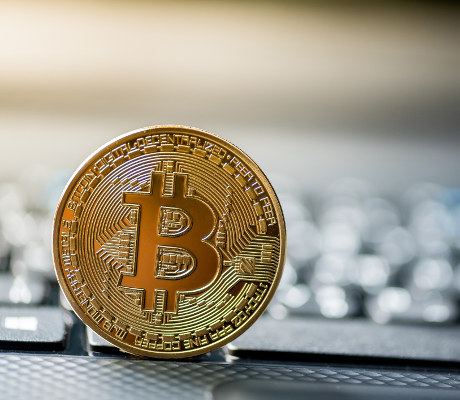 Can We Really Trust Bitcoin? 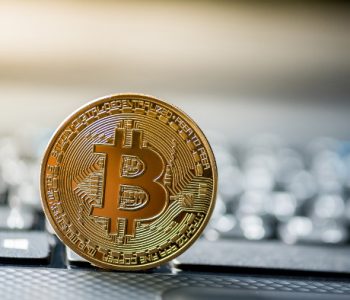 Are Cryptocurrencies a Good Investment?

Startups burned through cash quicker than barrels full of gasoline and magnesium Bill Clinton statuettes. Yet despite shaky numbers, people threw money at anything with “dot-com” in the name.

Oracle Corporation (NYSE:ORCL) founder Larry Ellison wanted to test just how far the frenzy really went. At the height of the mania, he and a group of friends started a web site called “HeyIdiot.com.”

They made nothing. They sold nothing. Ellison’s only plan was to sell shares in, well, themselves.

Much to the group’s surprise, investors fell for the tongue-in-cheek ploy. Ellison received desperate e-mails from people trying to buy stock. One businessman wanted to purchase his company outright, believing the site “was worth hundreds of thousands of dollars.” (Source: Randall, Stephen. The Playboy Interviews: Movers and Shakers. Milwaukie, OR: M Press, 2007.)

Which brings me to the tech tizzy of today: bitcoin.

Now before diving into cryptocurrency, let me confess my woeful tech track record. I claim a modest insight into plain Jane dividend stocks. But when it comes to gadgets and gizmos, I suffer from some sort of reverse Midas touch.

My first reaction to Apple Inc.’s (NASDAQ:AAPL) “iPad:” “What is it? Some kind of feminine hygiene product?”

I feel torn on bitcoin. On one hand, anything that sticks a middle finger to the Feds gets in my good books. Our affiliate Profit Confidential have done some great research on the subject, making their subscribers a fortune.

On the other, I don’t even know what a bitcoin looks like (kidding). My gut feeling is to dismiss this Silicon Valley experiment. Any idea coming from a state that gave us politically correct UC Berkeley and electric go-carts (they call them Teslas) doesn’t belong in my portfolio.

I’ll stick to my railroads and pipelines, thank you very much.

I have no insight into bitcoin prices. I do, however, have a nose for financial BS. And around the field of cryptocurrencies, you can step into some steaming piles of investment turds. Like the tech bubble of the late-1990s, people seem to have lost their marbles in this latest tech boom.

Take, for instance, the phenomenon I’ve dubbed the “crypto multiple.”

Traders will pay anything for companies with terms like “bitcoin” or “blockchain” in their names. Even if the firm has no real business in cryptocurrencies, people will buy up shares hand over fist.

The case of United Development International represents a textbook example. In 1989, the company organized in the state of Nevada as a gold mining company. For most of the firm’s history, its only assets included a few thousand dollars of cash and some nearly worthless mining rights in Venezuela. (Source: “2016 Annual Report,” First Bitcoin Capital Trust, last accessed November 27, 2017.)

Well, as they say on Wall Street, “When the ducks quack, feed em’.”

After stock traders caught bitcoin fever, BITCF shares rocketed from $0.01 to over $3.00. At one point, investors valued the company at over $1.0 billion. The SEC eventually halted trading, putting the stock on lockdown for a few weeks.

It doesn’t end there.

As Bloomberg recently pointed out, blockchain has become “the latest pixie dust for stocks.” Whenever a company touches anything related to the technology, such as Verady LLC, 360 Blockchain Inc. (OTCMKTS:BKLLF) or Riot Blockchain Inc (NASDAQ:RIOT), its shares shoot through the roof. (Source: “Blockchain Is the Latest Pixie Dust for Stocks,” Bloomberg, November 24, 2017.)

The situation makes no sense on the face of it. Investors will ignore wonderful businesses with real assets, real profits, and real dividends. But slap “crypto” on the front door, and suddenly the value on your two-bit shell company goes over a billion.

Take the cryptocurrency named centra token. The deal should get noted, given its backed by boxer Floyd Mayweather. In September, the world heavyweight champion urged his Facebook followers to invest in the debut sale, known as an initial coin offering (ICO).

For Mayweather, ICOs might be a savvy move. The boxer has concentrated his portfolio too tightly in mansions, luxury cars, and private jets. Diversifying into alternative asset classes makes sense.

I usually don’t, however, take advice from people that have received multiple blows to the head. As The New York Times noted, Centra has dealt with numerous problems, including “a chief executive who does not appear to have been a real person and a shaky, fast-shifting business plan.” (Source: “How Floyd Mayweather Helped Two Young Guys From Miami Get Rich,” The New York Times, October 27, 2017.)

Indeed, after Centra’s ICO, the government indicted two of the company’s three co-founders for perjury. The New York Times also reported that Centra made up the biography of an executive named Michael Edwards, using a photo of a Canadian professor.

“[Centra co-founder Sam] Sharma has been sued in Florida and New York several times on allegations of unpaid bills and business deals gone sour.” The Times continues. “Twice, people have accused him in a court of trying to fraudulently sell or lend them cars that he didn’t own, and twice he has been evicted for claims that he failed to pay rent.” 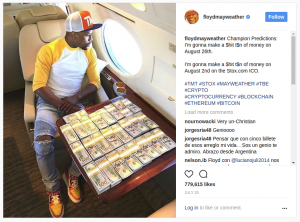 In theory, these initial coin offerings make a lot of sense.

Entrepreneurs can get the cash they need to start their business by issuing “tokens” to customers. Customers can redeem these tokens in the future for goods and services.

In practice, more fiction has been written in these ICO white papers than “Microsoft Word.” Issuers have no obligation to actually deliver on their promises. We’ve already seen a number of offerings fail, often due to “excessive management compensation.”

Where does all the money go? I’ll let you use your imagination. I have my money on the guy at the street corner running an individual pharmacy.

In other words, the crypto world has become a trough of greed where pimps and hucksters run free and good men get treated like dogs. No wonder Wall Street hates this technology; it’s competition.

The bubbles puzzle me even more. Because you can trade these tokens, traders see ICOs as a “get rich quick” scheme. They’ve pumped up prices, and far beyond any intrinsic value.

Say I offered you a token to redeem one burger at my restaurant next year. The most you’d think anyone would pay for such a gloried coupon would be $10.00 or so. But in today’s blockchain bonanza, investors routinely pay thousands for such ICOs.

The idea, of course, is to unload these coins on the next sucker.

As a “Don’t Tread On Me” capitalist, I don’t frown on any free business activity that makes a profit. I suspect the wave of buyers for overpriced coins may end eventually, however. And when that happens, I don’t want to own an inventory of worthless tokens.

If You Don’t Buy Now, Will You Kick Yourself Later?

Now to be fair to my bitcoin buddies, some of them make good points.

Fiat money, they’ll explain, is no more than entries in a computer. Worse, the government can print up unlimited sums of cash out of thin air.

The supply of cryptocurrencies, much like gold, has a real-world constraint: time. High-powered computers “mine” new bitcoins by solving complex puzzles. Each puzzle takes a few minutes or so to solve, requiring a lot in the way of electricity.

The blockchain looks fascinating, too. A growing list of records, linked and secured through cryptography. It could reshape the financial system, leaving bankers in the dust.

As I mentioned above, my colleagues have done some great work here. I laughed at our resident tech analyst, Patrick Birk when he predicted $4,000 bitcoin (it traded around $500.00 at the time). I haven’t yet apologized, only because I stuffed my mouth on all of this humble pie.

My good pal Gaurav Iyer started covering ethereum years ago. He acknowledges some uncanny similarities to the dot-com bubble. Those issues, though troubling, haven’t changed his outlook.

“The techies were right, Rob.” he has explained to me. “Two decades later, the Internet has lived up to all the hype. Just look at the S&P 500. Tech giants dominate the top five spots.”

The Bottom Line on Bitcoin

I don’t think bitcoin will amount to much. But as we’ve already made clear, no one should listen to my views on tech.

Early buyers could get rich–or get wiped out. Who doesn’t want to watch how it will all turn out? And for those with titanium orbs, it could make for a lucrative speculation.

Just watch out for the next “HeyIdiot.com.”