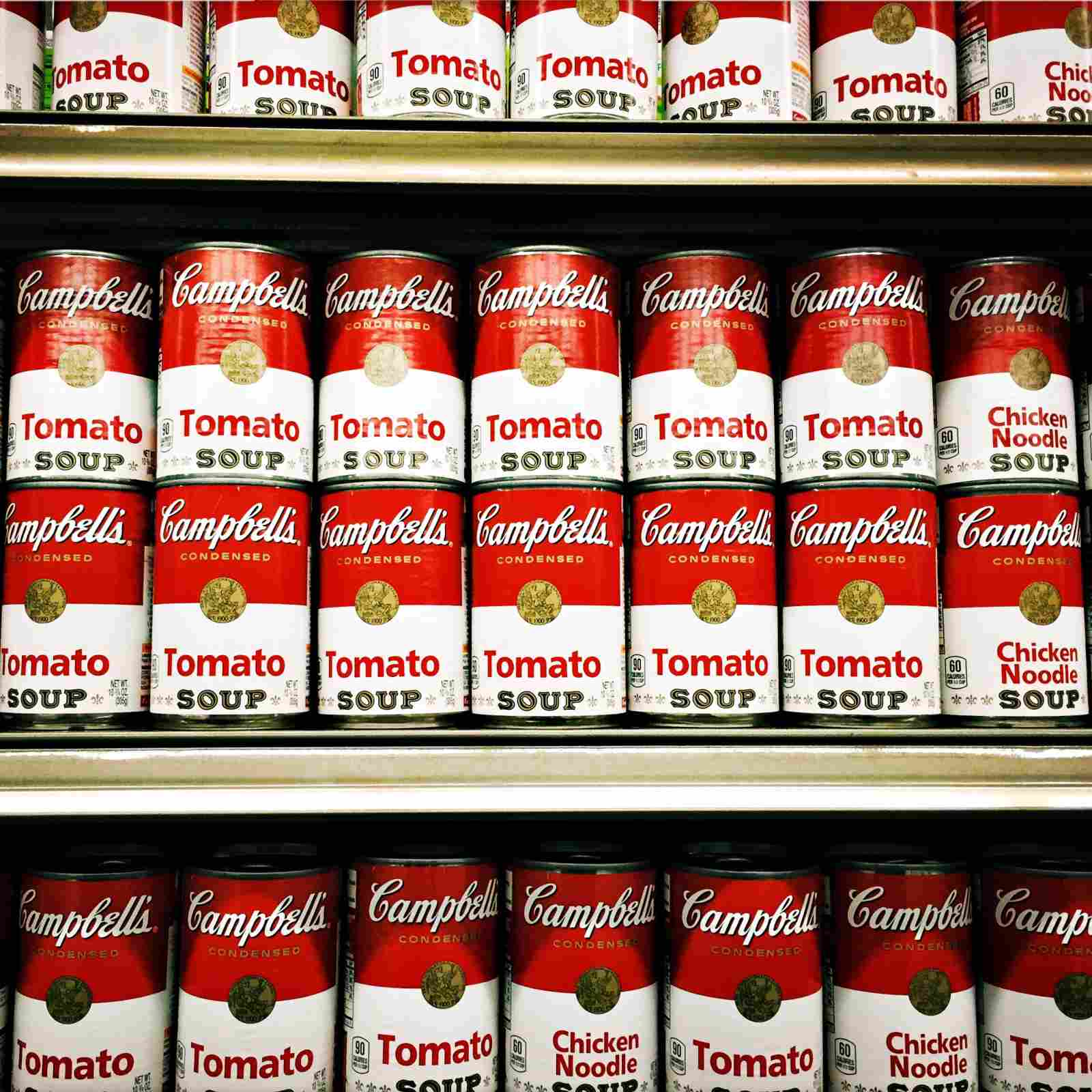 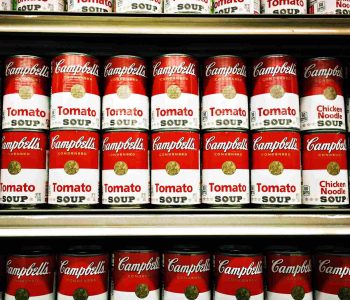 Even with inflation soaring to 40+ year highs, some investors would rather trade an ultra-high-yielding dividend stock for a wide-moat business stock that provides both reliable dividends and high capital appreciation.

That’s not a bad idea, especially when you consider that the broader stock market has been getting crushed. Investors who were putting themselves in the same investing light as Warren Buffett during the 2020–2021 bull market have probably been humbled in 2022.

With the S&P 500 and Dow Jones Industrial Average in correction territory and the Nasdaq in bear-market territory—and concerns about a recession—it might be time for even the staunchest dividend hogs to focus on defensive stocks that provide smaller dividend yields but bigger stock market gains.

One consumer defensive stock that has been on the move lately is Campbell Soup Company (NYSE:CPB).

On May 9, CPB stock hit a new 52-week high of $51.94, for a two-month gain of 23.5%. As of this writing, the stock is down slightly from that, trading at $50.39 per share (with investors taking some well-deserved profits). Campbell Soup Company stock is still up by 20% from where it was in early March—and it’s certainly doing better than the broader market.

As of this writing, CPB stock is up by:

Campbell Soup Company stock has actually been outperforming the market since COVID-19 reached our shores. Since the start of 2020, it has rallied by 17.8% while the S&P 500 has gone down by 14.2%.

In 2019, management unveiled a turnaround plan to simplify the company and focus on increasing growth in the Snacks segment, stabilizing the Meals & Beverages segment, and driving investments through cost savings and debt reduction. (Source: “Campbell Outlines Next Phase of Strategy to Drive Profitable Growth,” Campbell Soup Company, December 14, 2021.)

In early 2019, Campbell agreed to sell salsa maker Garden Fresh Gourmet in a deal that completed its divestiture of the Campbell Fresh division. In April 2019, the company sold off its Bolthouse Farms, Inc. business to an affiliate of a private equity firm for $510.0 million. (Source: “Campbell Closes Sale of Bolthouse Farms, Completing the Divestiture of Campbell Fresh Division,” Campbell Soup Company, June 17, 2019.)

The net proceeds of those two sales were used to pay down about $570.0 million in debt.

Management noted that the company’s earnings were negatively affected by industrywide supply constraints and inflation. They said, however, that they expect the company’s year-over-year performance in the second half of 2022 to improve because recent pricing actions will be fully implemented and the supply and labor conditions will improve.

Campbell Soup Company’s president and CEO, Mark Clouse, noted, “…heading into the second half of the fiscal year, we are seeing labor availability and service levels improve, better mitigation of inflation with pricing, and strong levels of demand all underpinning our confidence in our delivery of full-year guidance.” (Source: Ibid.)

In March, Campbell Soup Company’s board declared a quarterly dividend of $0.37 per share, for a yield of 2.9%. The dividend is safe, with a payout ratio of just 48.7%, which is well below the 90% threshold I can stomach.

This means there’s more than enough financial wiggle room for the company to increase its payout over the coming quarters. Campbell doesn’t have a consistent track record of raising its dividend annually, but it does it about every couple of years.

History shows that CPB stock is due for a dividend increase. The last time Campbell Soup Company raised its quarterly dividend was in January 2021, when management lifted it from $0.35 to $0.37 per share. Before that, the company hiked its payout from $0.31 to $0.35 per share in November 2016. 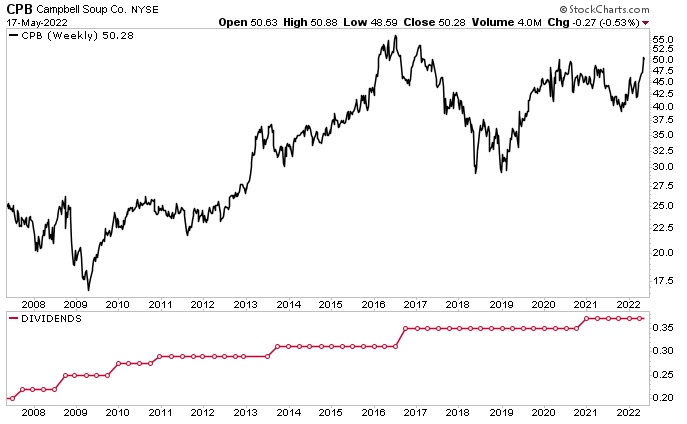 Campbell Soup Company is a blue-chip company with huge brand awareness. In the U.S., 95% of all households have at least one Campbell product in their homes.

While the company reported a second-quarter 2022 revenue beat and solid earnings, it continues to face near-term weakness from pandemic-related tailwinds (much like the rest of the packaged foods industry). At the same time, it reaffirmed its full-year guidance and noted that the second half of its fiscal 2022 will be better.

Campbell Soup Company has embarked on a multiyear cost savings program designed to streamline operations, support business growth, and increase profitability. Management has said Campbell is a much stronger company than it was three years ago, and that it’s well on its way to unlocking its full potential.

Investors seem to be on board; CPB stock has been trouncing the market. In addition to significant stock market gains, the stock also provides reliable dividends.