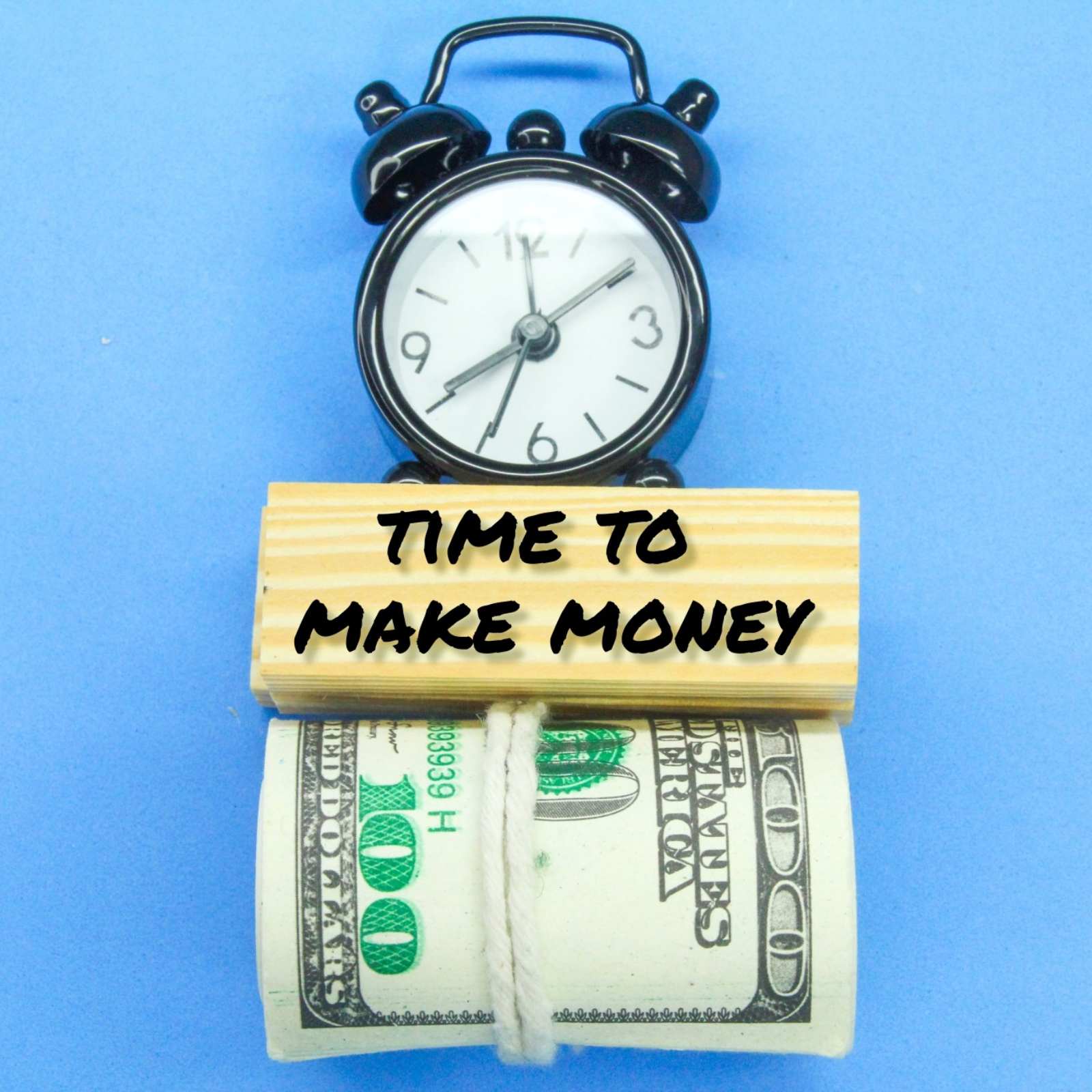 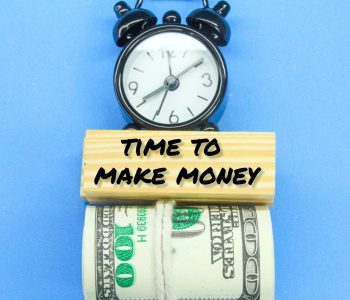 Kick Inflation to the Curb With British American Tobacco Stock

If you love investing in socially conscious stocks, British American Tobacco PLC (NYSE:BTI) might not be up your alley. But if you like stocks that have been doing well during the stock market sell-off—and that provide ultra-high-yield dividends that help combat soaring inflation—you might want to consider BTI stock.

If that helps investors sleep better at night, so be it.

Nevertheless, the company’s $49.0-billion acquisition of Reynolds American Inc. in 2017 helped cement its position as a leader in the combustible tobacco business. Its cigarette brands include “Camel,” “Lucky Strike,” “Pall Mall,” and “Rothmans.” (Source: “Our Portfolio,” British American Tobacco PLC, last accessed May 13, 2022.)

People are more aware than they used to be of the health hazards associated with smoking. As a result, British American Tobacco has been making strides to provide less risky methods of consuming nicotine. It has been building a portfolio of “New Category” tobacco and nicotine products, including vapor products, tobacco heating products (THPs), and non-combustible oral products.

Over a short period, the company has transformed into one of the biggest providers of next-generation tobacco and nicotine products.

British American Tobacco PLC’s U.S. non-combustible-product brands include “Camel Snus,” “Kodiak,” “Velo,” and “Vuse.” Its electronic vapor devices are hand-held and battery-powered. Its THPs are hand-held devices that heat tobacco. Its oral products are available both with and without tobacco. (Source: Ibid.)

British American Tobacco PLC has targets of £5.0 billion ($6.1 billion) in New Category revenues by 2025 and non-combustible product consumers of 50 million by 2030.

BTI Stock’s Dividend Has Risen Every Year Since 2018

Moreover, the company has provided solid guidance for 2022, including:

For American investors, it’s important to remember that, because of currency fluctuation, the actual payout can rise or dip by a hundredth of a cent. Over the last three years, BTI stock’s dividend has risen three times, but its payout in U.S. dollars has risen five times. (Source: “BTI Dividends,” Nasdaq, last accessed May 13, 2022.)

In addition to its frothy dividends, British American Tobacco PLC returns money to investors via share buybacks. In February, the company announced a new buyback program of up to £2.0 billion ($2.4 billion). The aggressive plan started on February 14 and will end no later than December 31.

The company’s strong financial results, growing dividends, and reliable share buyback plan has helped juice the price of British American Tobacco stock. As of this writing, BTI stock is up by: 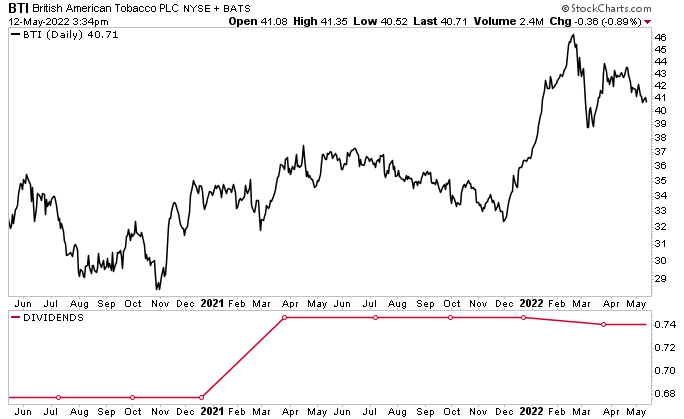 Those are solid gains for a company with a market cap of $96.0 billion. And the gains from British American Tobacco stock are a lot more impressive than those from the S&P 500, which has gone down by:

A one-time pure-play combustible tobacco giant, British American Tobacco has changed into a leader of New Category tobacco and nicotine consumable products. The company is well on its way to reaching its goals of $6.1 billion in New Category revenue by 2025 and 50 million consumers of its non-combustibles by 2030.