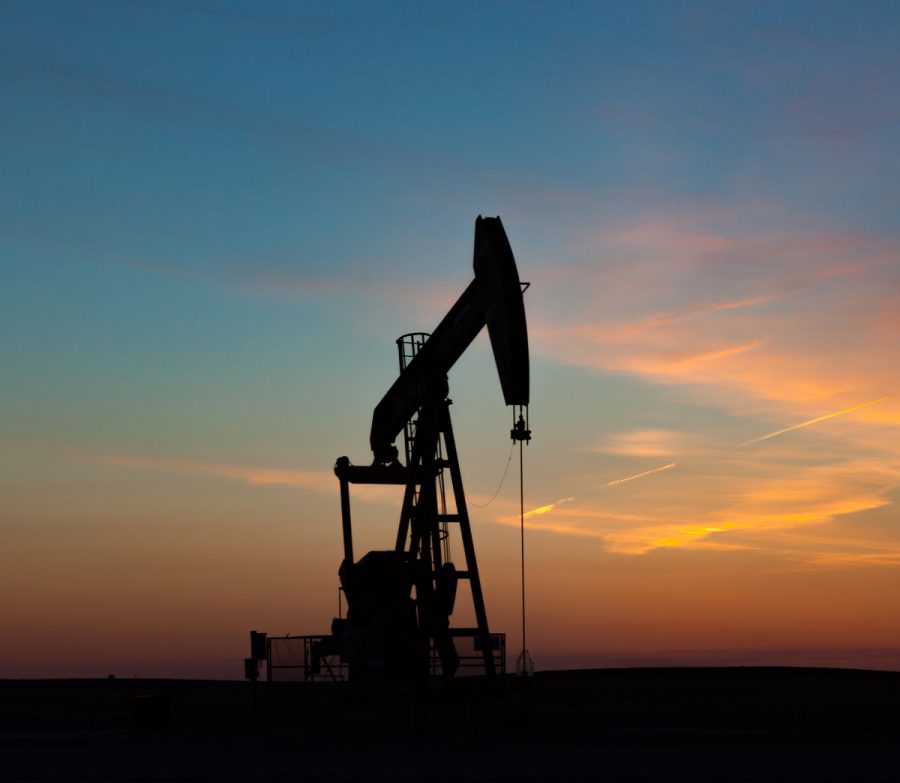 BPT Stock: Collect a 17.2% Yield From This Royalty Trust 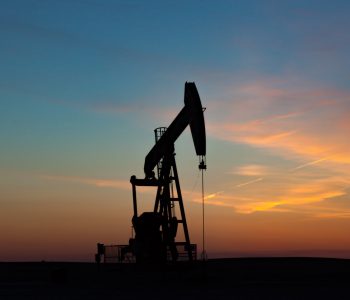 A 19-hour drive north of Anchorage, Alaska sits a stark outpost at the end of the world.

The town has no bars, no restaurants. Mud-covered pickup trucks crawl over the wet access roads.

Each morning, workers begin their shift to snow, icy wind, and industrial grey skies. Welcome to Deadhorse, population 2,500. It’s a desolate settlement flanked by the Arctic Ocean on one side and a vast tundra wilderness on the other.

Nearby sits Prudhoe Bay, one of the largest oil fields in the world. Years ago, production topped 1.5 million barrels per day. Today, that number rarely cracks the 200,000 barrier.

In other words, the field’s glory days have long passed. Production, though, still accounts for a sizable chunk of American energy output. The deposit also remains one of the largest oil discoveries in the world. But, for you and me, it’s one of the best income sources on the market today.

BP plc (NYSE:BP), the current owners, set up a partnership to fund operations: BP Prudhoe Bay Royalty Trust (NYSE:BPT). This simple vehicle collects income from nearby oil wells and passes on the profits to unitholders. Thanks to a number of loopholes, investors pay little to nothing in the way of taxes.

BPT went public in 1989. The trust receives 16.4% of the field’s daily production under the terms of the agreement, up to the first 90,000 barrels. Buyers prize this blend of crude in particular, given that its light, sweet chemistry makes for easy refining.

Because operations began here in the 1970s, workers have developed nearly all the oil reserves. They drilled the wells and laid the pipes. Now, investors can kick up their feet and enjoy the fruits from many years of hard work. You don’t need to do much to keep up the infrastructure, with ongoing costs coming in at just $30.00 per barrel.

That profit number changes with oil prices. With the recovery in the energy market, owners have seen their income stream surge. The trust earned $261,000 per day last quarter, $236,000 in the first quarter, and nearly $161,000 in the last quarter of 2016.

Where does this money go? Most drillers reinvest their earnings back into operations. BPT, in contrast, funnels every nickel of profit straight to investors.

For owners, this has created a true cash cow. Last year, it paid out $3.61 per unit in distributions, which comes out to a trailing yield of 17.2%. Only a handful of other businesses in the world have a payout this high. 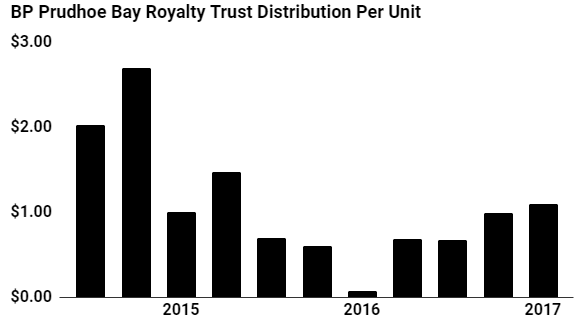 These royalties will trickle in until the wells run dry. Based on current market conditions, BP expects to keep drilling until the early 2020s. If oil prices rise to $80.00 per barrel, management could extend operations to 2027.

Of course, you can’t call BPT stock a sure thing. Unlike most dividend stocks, distributions swing with energy prices. It’s enough to keep a cautious investor wide awake at night, eyes open, staring at the ceiling.

No wonder oil men go to Vegas to calm their nerves. But if you can sleep through the ups and downs, oil well royalties make for a tidy income stream. If you want to start earning oversized yields from the stock market, names like BP Prudhoe Bay Royalty Trust make for an interesting place to start looking.