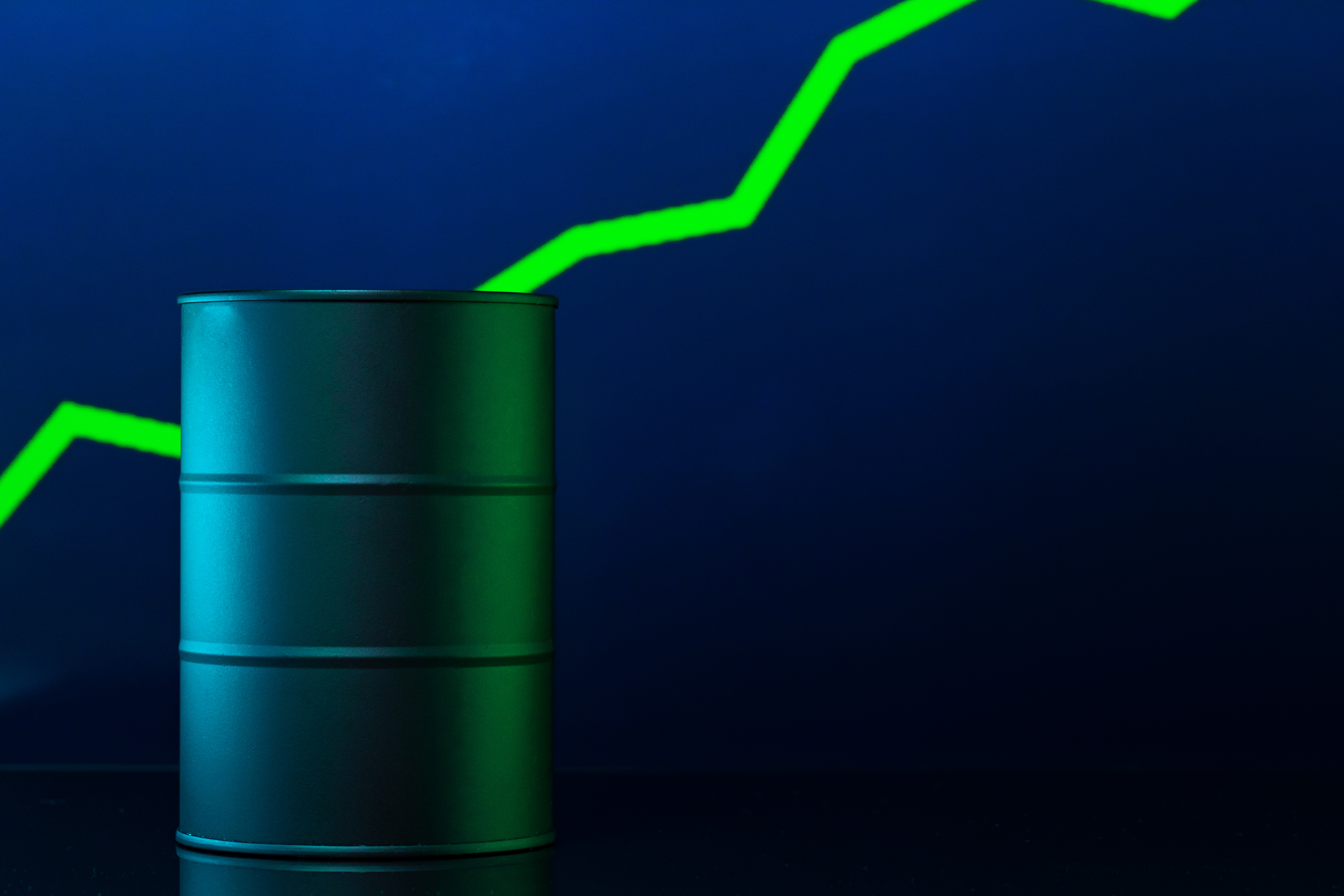 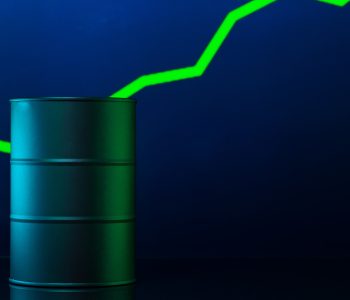 BP Prudhoe Bay Royalty Trust (NYSE:BPT) might be a contender as one of the best stocks when it comes to income and growth.

BP Prudhoe Bay Royalty is the largest conventional oil and gas trust in the U.S. Perched in the northern reaches of Alaska is the massive Prudhoe Bay Oil Field, the largest oil field in North America. It covers 213,543 acres and, as of 2006, it contained 25 billion barrels of oil. The fields also contained an estimated 46 trillion cubic feet of natural gas. (Source: “Fact Sheet: Prudhoe Bay,” BP plc, archived at Wayback Machine, last accessed May 20, 2022.)

The Prudhoe Bay Oil Field came on stream in June 1977. In 1979, the field’s production increased to its maximum rate of 1.5 million barrels of oil per day. Since then, production has declined steadily to fewer than 90,000 barrels per day.

While the glory days of the Prudhoe Bay Oil Field might be in the rearview mirror, it’s still an important source of energy. Even at fewer than 90,000 barrels of oil per day, the field is still a major source of income for BP Prudhoe Bay Royalty Trust.

BP plc (NYSE:BP) set up BP Prudhoe Bay Royalty as a partnership to fund its operations. The trust collects income from oil wells and passes the profits on to BPT stockholders. The trust, which went public in 1989, receives 16.4% of the Prudhoe Bay Oil Field’s daily production, up to the first 90,000 barrels of oil. (Source: “Form 10-K,” United States Securities and Exchange Commission, March 14, 2022.)

As an oil and gas refining company, BP Prudhoe Bay Royalty Trust sees its profits fluctuate depending on where we are in the economic cycle and how high oil prices are. Suffice it to say, the trust is in a sweet spot right now, with oil prices above $110.0 per barrel and the war in Ukraine continuing to boost those prices.

As you can see in the chart below (the red line at the bottom), the trust paid dividends in the first quarter of 2020, the third quarter of 2021, and the fourth quarter of 2021. This isn’t a big surprise, since the COVID-19 pandemic closed down much of the global economy in that period, leading the demand for oil to dissipate.

In the previous years, BPT stock paid a regular dividend but the amount fluctuated wildly, pretty much in step with crude oil prices. 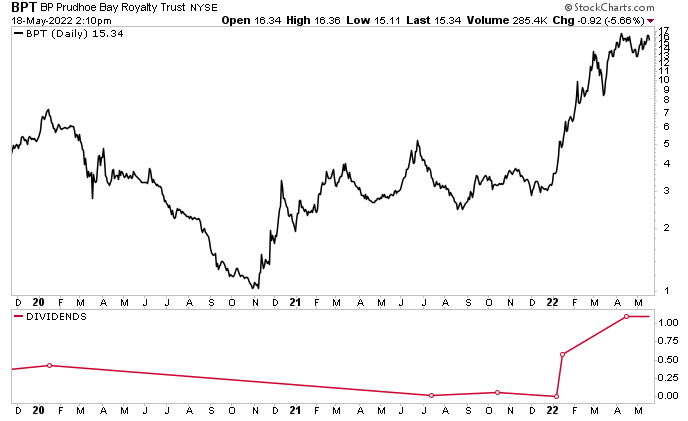 As for the price of BP Prudhoe Bay Royalty stock, after cratering during the 2020 pandemic, it has recovered and has been on fire since the start of 2022. As of this writing, BPT stock is up by:

Chances are good that triple-digit gains from BP Prudhoe Bay Royalty stock are a thing of the past, but the stock could still make market-trouncing gains over the coming quarters.

As mentioned earlier, crude oil prices are above $110.00 per barrel and are expected to keep climbing. As a result, BP Prudhoe Bay Royalty stock’s dividend and share price have been on a tear. The war in Ukraine, Russian sanctions on European oil, and the arrival of summer driving season should help oil prices stay at their highest level in more than 10 years.

This resulted in a quarterly payment to the trust of $23.8 million. After paying the trust’s expenses accrued through March 31, 2022, $23.3 million was available for distribution to unitholders.

This resulted in a first-quarter payout of $1.08 per unit of BPT stock, for a yield of 10.8%. This represents an 85.9% increase over the $0.581 paid out in the fourth quarter of 2021. There’s no year-over-year comparison, since there was no dividend from BP Prudhoe Bay Royalty Trust in the first quarter of 2021.

The good times will only last so long; eventually the wells will run dry (or stop being financially viable). There’s no set termination date for BP Prudhoe Bay Royalty Trust, but it’s expected to plug its wells when its net revenues are less than $1.0 million for two consecutive years.

A million dollars doesn’t sound like a lot when it comes to an oil and natural gas company. But in 2020, BP Prudhoe Bay Royalty Trust’s net revenues were less than $1.0 million. Had the market not turned around in late 2021, it’s quite possible that the trust would have terminated its operations in early 2022.

BPT stock is an oil and gas stock that’s having its moment.

Thanks to soaring oil and gas prices, BP Prudhoe Bay Royalty Trust has seen its income stream surge over the last few months. This has juiced both BP Prudhoe Bay Royalty stock’s price and dividends. As long as oil prices remain high, investors can look forward to frothy dividends from the company. When oil prices turn downward, though, investors might want to put this dividend stock back under the microscope.