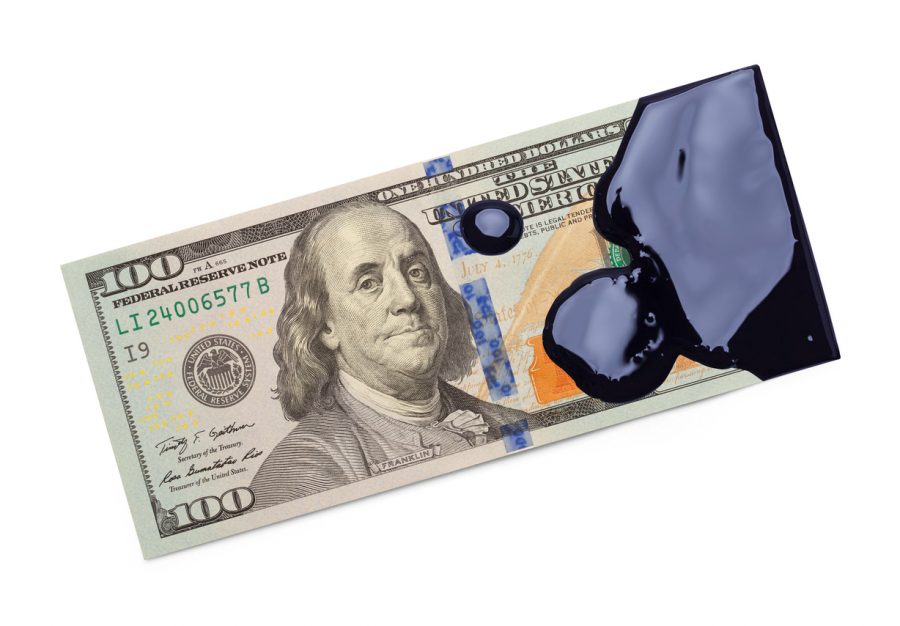 BP Prudhoe Bay Royalty Trust: A 19.8% Yielder Due for an Upgrade 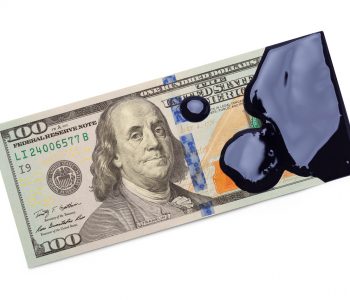 A regular question I get from readers is, “Why do you like stocks that recently cut their dividends?”

The truth is, I usually avoid this group. A distribution cut usually signals real trouble at a business, and firms often resort to slashing their payout again.

But once in a while, you can find a real opportunity among dividend cutters. Usually, it’s because the business looks to be improving or because we can capture an exceptionally high dividend yield. Sometimes both.

That’s the situation right now with BP Prudhoe Bay Royalty Trust (NYSE:BPT), which yields around 19.8%. The stock’s dividend is risky, and you don’t need an MBA to figure out why.

BPT owns a number of oil wells on the Alaskan North Slope. But rather than invest profits into growing the business, management is content to milk their existing operations for ongoing dividends. Executives pay out all of their profits to shareholders as distributions.

As you would expect, this creates a volatile stream of income. BP Prudhoe Bay’s profits swing with production and energy prices. Even a small movement in the oil market can have an outsized impact on cash flows.

This became a problem during the recent downturn in energy prices. BP Prudhoe Bay oil well profits dropped in 2012, 2013, 2015, and 2016. Over this period, executives cut their payments to shareholders by more than 75%. That represented a big blow for dividend investors who counted on that income to pay their bills.

This year, however, analysts project the company’s oil well income to start rising again. In 2018, the street expects BP Prudhoe Bay to boost its annual payout to $5.30 per unit on the back of higher oil prices. This is significant because it represents nearly double what the business paid out in 2016. 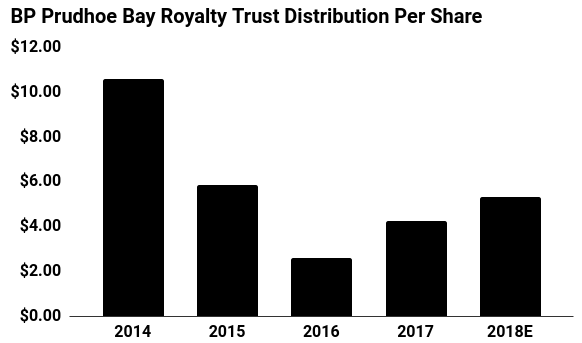 Higher oil prices will also go a long way to securing BP Prudhoe Bay Royalty Trust’s long-term dividend prospects. At $40.00 per barrel, analysts estimated the trust had enough reserves to stay in operation (and keep paying distributions) for another 10 years. But with the rebound in oil prices, BP Prudhoe Bay could keep drilling for another five or 10 years.

I’m willing to give this trust a shot. I like that the 2018 consensus estimate is higher and that the low energy prices that hurt results in the past have a lot of room to increase, which should boost profits quite a bit.

No, you can’t say this name has the safest distribution around. If you can’t stomach the wild swings in the energy market, you have no business owning this trust. But I like BP Prudhoe Bay Royalty Trust’s prospects going forward.