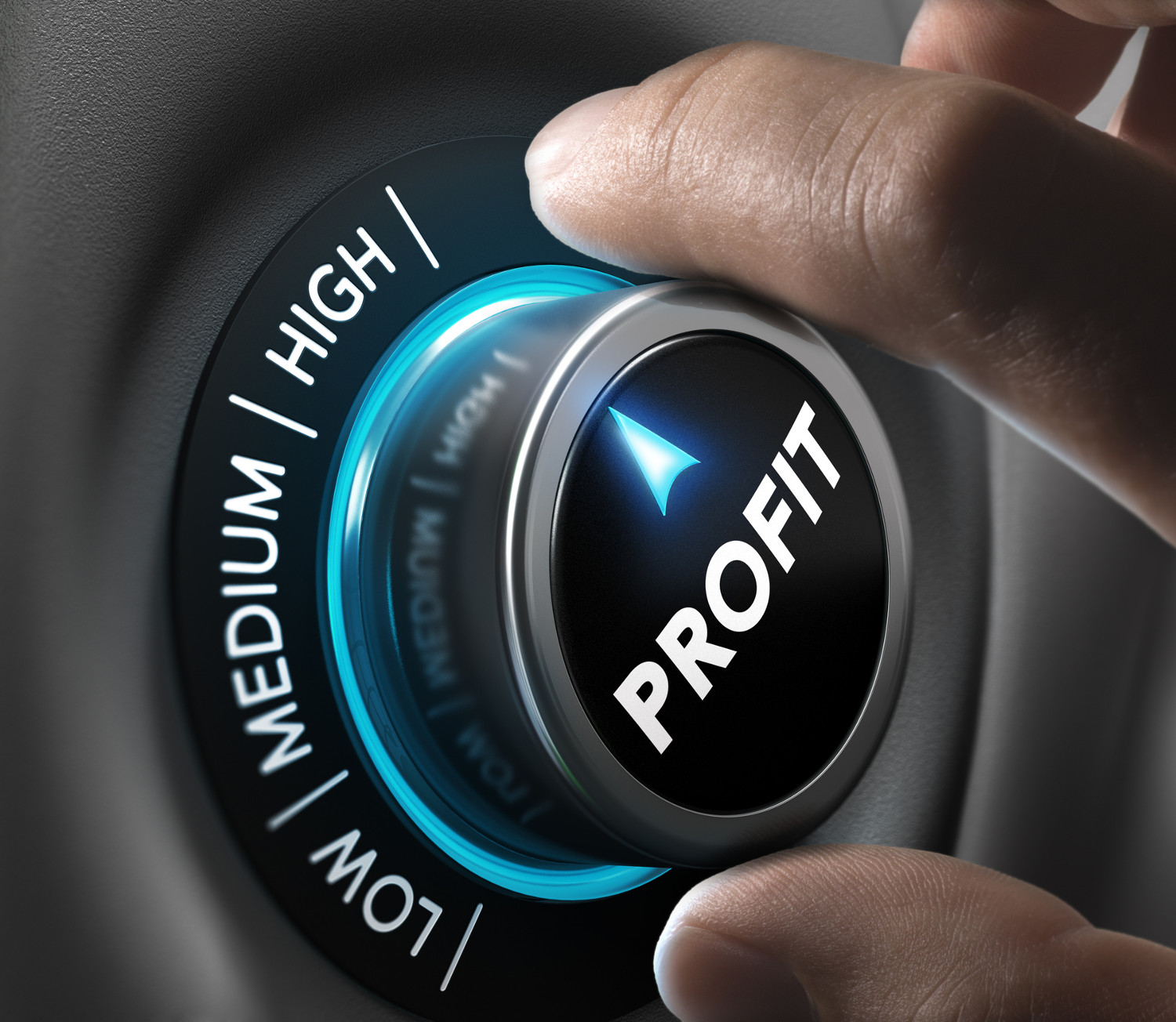 Why This 5% “Monopoly Yield” Could Go a Lot Higher 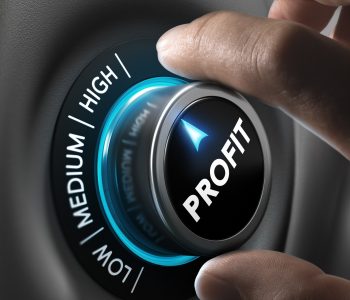 Dividends come from profits. Therefore, as an income investor, you want to own stocks of companies that can generate oversized profits.

The thing is, though, if one company is making abnormally high profits, chances are that others will notice and want a piece of the action. Before you know it, more companies will have entered the market. And as competition increases, the first company would no longer be making oversized profits.

There are, however, exceptions. For instance, in certain markets, the fixed costs needed to start a business can be extremely high. And sometimes it is economically sensible to have just one company serving the entire market. As a result, the government may allow certain companies to exist as monopolies in their operating regions.

A good example of such a legal monopoly is infrastructure.

Think about it. Residents in a given neighborhood typically have just one company supplying their natural gas, because it would be inefficient to have two sets of pipelines running side by side. The same can be said for wireless towers, electricity transmission lines, and railroads.

As it turns out, there’s one partnership that owns a bunch of these monopoly infrastructure assets: Brookfield Infrastructure Partners L.P. (NYSE:BIP).

Headquartered in Toronto, Ontario, Canada, the partnership was created as a spin-off from Brookfield Asset Management Inc (NYSE:BAM) in 2008. Today, the partnership owns and operates a huge portfolio of infrastructure assets around the world.

A Portfolio of “Monopoly Assets”

In the transportation segment, the partnership operates 37 ports in North America, Australia, the U.K., and Europe. It also has around 4,000 kilometers (about 2,500 miles) of toll roads in South America and India, and rail operations in Australia and South America.

On the communications side, Brookfield Infrastructure Partners has 7,000 multi-purpose towers and active rooftop sites, as well as 5,000 kilometers (about 3,100 miles) of fiber optic lines.

Now, keep in mind that the things I mentioned above are just some of the assets owned by the partnership. In total, the partnership has approximately $29.0 billion of infrastructure assets spread across five different continents.

With limited competition in the market it serves, Brookfield Infrastructure Partners can generate oversized profits. Those profits have translated to a generous dividend policy.

Right now, Brookfield Infrastructure Partners L.P. pays quarterly distributions of $0.47 per unit, which comes out to an annual yield of five percent.

In other words, investors purchasing BIP stock today would be locking in a yield that’s more than two-and-a-half times the benchmark’s average. 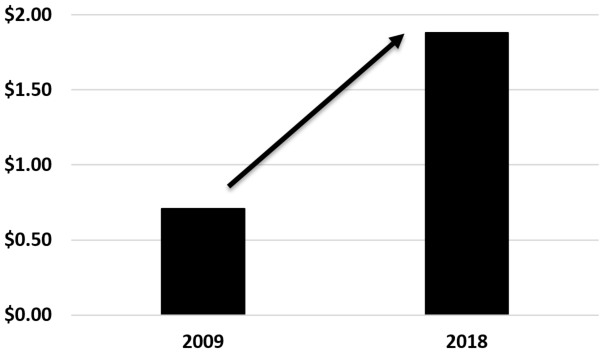 The payout has been growing, too. In 2009, Brookfield Infrastructure Partners’ distributions totaled $0.71 per unit (split adjusted). Since then, the partnership has raised its payout every single year. This year, Brookfield is on track to pay $1.88 per unit. That would translate to a compound annual growth rate of 11%.

And if you are wondering whether those payout increases were a bit too aggressive, don’t worry. The partnership’s rising distributions are backed by its growing business.

Brookfield reports something called funds from operations (FFO). It is calculated by taking net income and then excluding the impact of depreciation and amortization, deferred income taxes, breakage and transaction costs, and non-cash valuation gains or losses.

With FFO growing at a faster pace than its cash distribution, BIP stock’s payout increases should be sustainable.

Going forward, management expects to grow BIP stock’s per-unit payout by five percent to nine percent annually. Moreover, the partnership is targeting an FFO payout ratio of between 60% and 70%, which would leave a sizable margin of safety.

As it stands, this legal monopoly’s five-percent yield could represent a dividend growth opportunity.