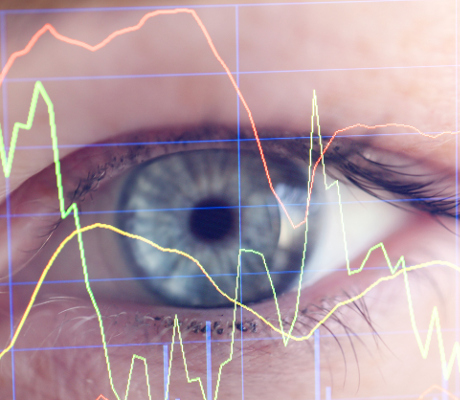 Best Value Stocks to Watch in 2017 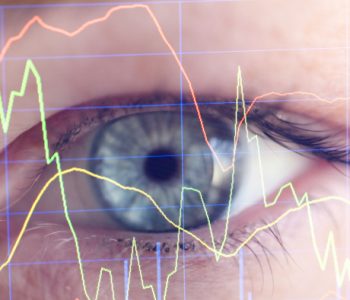 There is no other way to put it: today’s stock market is bloated. The cyclically adjusted price-to-earnings (P/E) ratio for the S&P 500 currently stands at 29.21, which is significantly higher than its historical average of 16.73. What this means is that value is hard to find. But not everyone is willing to chase the hottest tickers in the tech sector. There are still plenty of investors in the search for value stocks to buy in 2017. That’s why in this article, we are going to take a look at some of the best value stocks on the market today.

To put it simply, value stocks are stocks that trade at a lower price compared to fundamentals such as revenue, earnings, and dividends. Very often, value stocks have lower P/E ratios and higher dividend yields compared to their peers. Buying value stocks is part of value investing strategy. Because these stocks are believed to be undervalued by the market, they could provide investors with material upside once the market realizes their value.

There are many investors using value investing strategies. The most famous value investor in our time is probably Warren Buffett. By finding value stocks, the “Oracle of Omaha” was able to purchase shares of extremely solid companies when they were dirt cheap. And as the price of those value stocks skyrocketed later on, Buffett’s portfolio was able to generate astronomical returns. From 1964 to 2016, Buffett’s company Berkshire Hathaway Inc.’s (NYSE:BRK.B) per-share book value skyrocketed 884,319%! That’s no misprint. (Source: “Berkshire Hathaway Inc. Shareholder Letter 2016,” Berkshire Hathaway Inc., last accessed March 13, 2017.)

As I said earlier, one common characteristic of value stocks is a low price-to-earnings multiple. However, that doesn’t mean all stocks with low P/E multiples are value stocks. This is because value investing aims to explore the inefficiencies in the market, and particularly when the price of a stock is lower than what the company’s fundamentals suggest. But some of those inefficiencies may have already been found. That is, markets can be efficient at times. If an investor just buys stocks with low multiples, they may find themselves in what’s called a “value trap,” a company that looks cheap because it is in trouble and its stock price may never improve.

That’s why I believe for income investors, it is of utmost importance to find solid companies rather than finding cheap stocks. As Warren Buffett once said, “It’s far better to buy a wonderful company at a fair price than a fair company at a wonderful price.” (Source: “Chairman’s Letter – 1989,” Berkshire Hathaway Inc., last accessed March 13, 2017.)

Without further ado, let’s take a look at the best value stocks for 2017.

CVS Health Corp (NYSE:CVS) is a retail pharmacy and healthcare company headquartered in Woonsocket, Rhode Island. The company has more than 9,700 retail pharmacies and over 1,100 walk-in medical clinics. CVS is also a pharmacy benefits manager, with nearly 90-million plan members.

The top reason to consider CVS stock is the stability and durability of its business. There are plenty of companies that are doing great today, but when a recession hits, many of them will see their business deteriorate. CVS, on the other hand, operates the second-largest pharmacy chain in the U.S., and that business is more recession-proof than most others. No matter how the economy is doing, those that need medication will likely still go and get it. At the same time, the economy of scale should help CVS run efficiently as usual.

The company’s rock-solid business means it is also a good candidate for being a top dividend stock. In fact, CVS has raised its quarterly dividend rate every year since 2003. Even during the Great Recession, the company was still increasing its payout to income investors. Right now, CVS pays $0.50 per share on a quarterly basis, translating to an annual dividend yield of 2.49%.

Trading at $80.37 apiece, CVS has a P/E multiple of 16.3 times, which is lower than the industry’s average P/E of around 19 times. Moreover, the company’s price-to-sales, price-to-book, and price-to-cash-flow ratios are all lower than the industry’s averages. Income investors looking for value should seriously consider CVS stock. (Source: “CVS Health Corp (CVS.N),” Reuters, last accessed March 13, 2017.)

Verizon Communications Inc. (NYSE:VZ) is one of the largest telecommunications companies in America. Its 4G LTE network covers 98% of the U.S. population. Moreover, the company has the largest all-fiber network providing TV and Internet services to millions of customers. Verizon also provides security, cloud, and “Internet of Things” solutions to 99% of Fortune 500 companies.

Having an entrenched position in the wireless carrier business can pay big dividends. This is because the industry has high barriers to entry. It’s extremely costly to build the infrastructure needed to support wireless services, not to mention the tedious process of getting regulatory approval and bidding for the pricey wireless spectrum.

One consequence of such high barriers to entry is that in the U.S., the industry has just four main players: Verizon, AT&T Inc. (NYSE:T), Sprint Corp (NYSE:S), and T-Mobile US Inc (NASDAQ:TMUS). Together, these four companies control well over 90% of the market. Limited competition could mean higher cell phone bills for consumers, but for companies like Verizon, it could translate to sizable profits year after year.

The best part is that among these four players, Verizon has the lowest price-to-earnings ratio. Trading at just 15.3 times its earnings, Verizon offers value to investors that want exposure to the telecom industry. Moreover, it also has a very handsome 4.69% dividend yield. As a matter of fact, Verizon stock is the highest-yielding stock among the 30 companies included in the Dow Jones Industrial Average. For investors that have been searching for the “top value stocks to buy now,” Verizon should be near the top of their watch lists.

Income investors are no strangers to the financial services industry. Companies in this industry often pay a dividend, and in general, valuations seem to be reasonable. Wells Fargo & Co (NYSE:WFC) is a great example of a value stock.

Wells Fargo is the third-largest bank in the U.S., with $1.9 trillion in assets. The company is deeply entrenched in the retail banking industry. It has 8,600 banking locations, 13,000 ATMs, and offices in 42 countries and territories across the world. The bank currently serves 70 million customers and one-in-three U.S. households. What this means is that if someone wants to challenge Wells Fargo’s position, they would need to set up an equally impressive branch network and convince tens of millions of consumers to bank with them—a very tough task indeed.

That’s why despite having over 160 years of operating history, Wells Fargo is still growing. In the fourth quarter of 2016, the bank’s total average loans increased six percent year-over-year to $964.1 billion, while total average deposits also grew six percent year-over-year to $1.3 trillion. For someone that makes money by lending it out at a higher rate than they borrow it at, a growing portfolio of loans and deposits could translate to higher interest income in the future. (Source: “Wells Fargo Reports $5.3 Billion In Quarterly Net Income,” Wells Fargo & Co, January 13, 2017.)

Delta Air Lines, Inc. (NYSE:DAL) may not seem like an attractive dividend stock with its 1.69% yield. However, for investors that are looking for value, this Atlanta, Georgia-based airline company is worth considering.

Delta Air Lines has a mainline fleet of more than 800 aircraft and serves more than 180 million customers every year. The company’s global network offers service to 323 destinations in 57 countries on six continents.

Performance of Delta Air Lines stock wasn’t really that bad, but the stock is far from being a market favorite. In the past 12 months, DAL stock returned just 0.5%. And one consequence is that the stock could offer some serious value.

Trading at $47.91 per share, Delta Air Lines stock has a P/E multiple of 8.3 times, which is lower than major airlines industry’s average P/E of 10 times.

Some of the catalysts for airline industry are low oil prices and industry consolidation. With the number of major carriers in the U.S. being reduced from nine to four, the remaining companies—including Delta—could generate substantial profits in a low commodity price environment.

Note that Warren Buffett has poured billions of dollars into this airline stock. His company currently owns over 60-million shares of Delta Air Lines stocks, worth nearly $2.9 billion.

Gilead Sciences, Inc. (NASDAQ:GILD) is a biopharmaceutical company that discovers, develops, and commercializes therapeutics. Headquartered in Foster City, California, the company has operations in more than 30 countries around the world. Its current portfolio of products and pipeline of investigational drugs includes treatments for HIV, cardiovascular conditions, liver diseases, cancer, and inflammatory and respiratory diseases.

GILD stock has taken a hard beating, plunging 24% in the past 12 months. With the decline, the biotech company’s value started to appear. Gilead Sciences has a price-to-earnings multiple of 6.9 times, significantly lower than the industry’s average P/E of 49 times. The company’s price-to-sales, price-to-book, and price-to-cash-flow ratios are also much lower than the industry’s averages. (Source: “Gilead Sciences Inc (GILD.OQ),” Reuters, last accessed March 13, 2017.)

One of the reasons behind the drop in its stock price is that Gilead’s revenue and earnings have been showing year-over-year declines. However, the company is still solid. Gilead has built a large stack of cash—$32.4 billion by the end of 2016, to be exact. And for 2017, the company expects its product gross margin to be between 86% and 88%, which would be a very impressive number compared to its peers. (Source: “Gilead Sciences Announces Fourth Quarter and Full Year 2016 Financial Results,” Gilead Sciences, Inc., February 7, 2017.)

On top of that, Gilead Sciences also pays handsome dividends. With a recent 10% increase to its quarterly dividend rate, the biotech company is now yielding 3.05%.