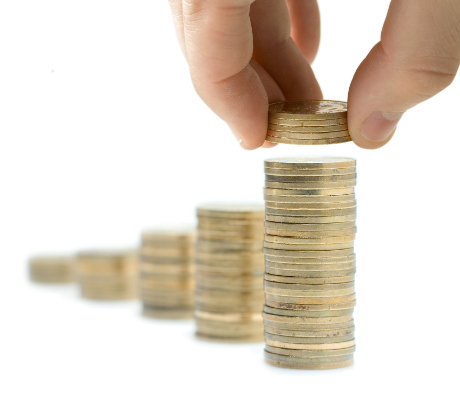 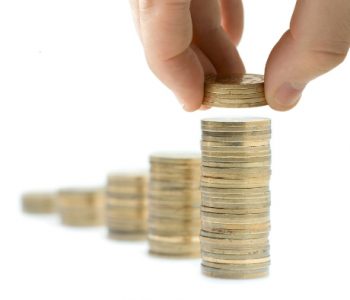 The stock market is known for its volatile movements. We have all heard how someone made huge gains or losses in matter of days by trading the hottest tickers. The high risk involved in trading stocks may deter some income investors from entering the market. However, there is a subset of the stock market that can be of great value to even the most conservative investors; these are buy-and-hold stocks that pay a solid dividend. In this article, we are going to take a look at the best dividend-paying stocks to watch in April 2017.

What Are the Best Dividend Stocks to Own?

There are many strategies on how to pick the best dividend stocks. At Income Investors, we prefer to use an approach that focuses on the companies’ fundamentals.

The key to note is that dividends come from a company’s profits. A company could borrow money to fund its dividend payments, but for it to keep rewarding shareholders in the long run, the company needs to be able to generate recurring profits. And for a company to generate consistent and preferably growing profits year after year, they must have durable competitive advantage.

One of the most looked-at metrics about a dividend-paying stock is its yield. It tells investors what kind of return they can expect from the company’s dividend payments if they buy the stock right now. However, going after the highest-yielding stocks in the market may not be the safest move. A company’s dividend yield moves inversely to its stock price, so an ultra-high yield could simply be the by-product of a beaten-down stock. And the reason for a low stock price could be that investors don’t believe the company’s payout is sustainable. Buying a stock before its dividend is cut is probably not a smart move for income investors.

One thing that helps identify the best dividend stocks is dividend history. I know, past performance does not guarantee future results, but if a company has been raising its payout for decades, it must have some sort of durable competitive advantage and is willing to return value to shareholders through dividends. At the same time, a long history of dividend hikes also shows that the company could provide a steadily increasing stream of income, even when the overall economy is struggling during recessions.

Who would have thought that a smartphone maker would one day become a top dividend-paying stock? But that’s what Apple Inc. (NASDAQ:AAPL) managed to achieve. Since the company reinstated dividends in 2012, it has been raising its payout every year. Over this period, Apple stock’s quarterly dividend rate has increased by more than 50% from $0.379 per share (split adjusted) to $0.57 per share.

Apple is known for making the “iPhone.” According to the company’s most recent earnings report, iPhone sales accounted for nearly 70% of Apple’s total quarterly revenue. There had been doubts on whether Apple’s core product would keep being a popular choice among consumers. However, those concerns were quickly resolved when the company reported that in the December quarter, it sold more than 78-million units of iPhones, setting a new all-time record. (Source: “Apple Reports Record First Quarter Results,” Apple Inc., January 31, 2017.)

One of the things that helped Apple achieve this kind of success is the “stickiness” of its products. People that use the iPhone can’t go a day without it. And when the time comes to get a new smartphone, iPhone users often go with a new iPhone.

And then there’s the huge following of Apple’s brand. Whenever the company launches a new flagship iPhone, Apple fans around the world would line up outside Apple Stores hoping to be the first ones to get it. A huge fan base also gives Apple the ability to charge higher prices for its products, which is a remarkable achievement in a competitive market.

With an annual yield of 1.62%, Apple is not the highest-yielding dividend paying stock. However, note that in the company’s last fiscal year, it only paid out 26% of its earnings. A low payout ratio leaves a margin of safety and the potential for future dividend hikes.

Making an electronic device that sells to consumers may not seem to be the best recipe for a top dividend-paying stock. But over the years, Apple has become a solid dividend growth machine. The company is expected to report earnings sometime in late April and also review its dividend policy. Given its solid business, a low payout ratio, and the willingness to return value to shareholders, I expect Apple to announce a high-single-digit or even a low-double-digit increase to its quarterly dividend rate in April.

Income investors are no stranger to PepsiCo, Inc. (NYSE:PEP); the company has been rewarding income investors for decades. As a matter of fact, PepsiCo has been paying uninterrupted quarterly dividends since 1965 and has increased its payout every year for 44 years. That makes PEP stock a “dividend aristocrat,” a company with at least 25 consecutive years of dividend hikes.

PepsiCo is a multinational food and beverage company. It owns many popular brands, such as “Pepsi,” “Frito-Lay,” “Gatorade,” and “Quaker.” The company is well-established, with its products selling in over 200 countries around the world.

Soda and chips may not sound like an exciting business, but these are products that consumers enjoy every day. By being deeply entrenched in this business, PepsiCo is well-positioned to keep generating handsome profits.

PepsiCo is expected to report first-quarter earnings sometime in April. Analysts are expecting growth in both the top and bottom lines. The company usually reviews its dividend policy in April or May. If PepsiCo announces another dividend hike in the next month or two, it would strengthen its appeal as one of the dividend stocks to own forever.

Ford Motor Company (NYSE:F) hasn’t really been a stock market favorite. In the past 12 months—a period of extraordinary gains for the U.S. stock market—it tumbled 12.5%.

But there could still be a reason to own Ford stock: dividends. Trading at $11.46 apiece, the automaker has an annual dividend yield of 5.23%—significantly higher than the S&P 500’s average dividend yield of 1.95%.

Of course, one of the reasons behind Ford’s subdued stock price is the cyclical nature of its business. The auto industry was firing on all cylinders last year, but investors don’t know how long the prosperity will last.

For investors that are thinking about collecting Ford stock’s handsome dividend yield, one thing to pay attention to is its upcoming earnings report, expected to be released in late April. Analysts expect the automaker to generate $34.91 billion of revenue in the first quarter of 2017, down one percent from the same quarter last year. Earnings are expected to come in at $0.47 per share, which would represent a significant drop from the year-ago earnings per share of $0.68. (Source: “Ford Motor Company,” Yahoo! Finance, last accessed March 27, 2017.)

Compared to the popular dividend paying stocks for income investors, Cisco is a relatively new player, as the company didn’t start paying dividends until 2011. But since then, its payout has been growing at an impressive rate. The company has increased its quarterly dividend rate ever year from $0.06 per share in 2011 to $0.29 per share today. That’s a compound annual growth rate of 25%. (Source: “Dividends and Splits,” Cisco Systems, Inc. last accessed March 27, 2017.)

Cisco’s latest dividend hike was a three-percent increase announced in February. The dividend will be paid on April 26. Investors wishing to collect this dividend payment should consider owning CSCO stock before the ex-dividend date, which is April 4.

Even though Omega is a specialized healthcare REIT, its investments are diversified. The company’s portfolio includes around 1,000 properties located in two U.S. states and the U.K., with 81 different operators. No single state accounts for more than 10% of Omega’s total revenue.

The best part about this healthcare REIT is its distributions. With an annual yield of 7.64%, Omega is truly a high-yield stock in today’s market. Moreover, the company has a solid track record of growing its payout; the latest dividend increase, which was announced in January 2017, represented the company’s 18th consecutive quarterly dividend increase. Note that Omega was the number-one healthcare REIT for total shareholder returns from 2005 to 2015.

With high-quality investments in a virtually recession-proof industry, Omega is well-positioned to keep returning value to shareholders. I wouldn’t be surprised if the company announces another dividend increase this April.