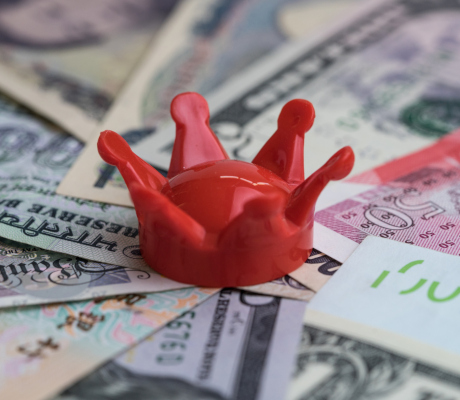 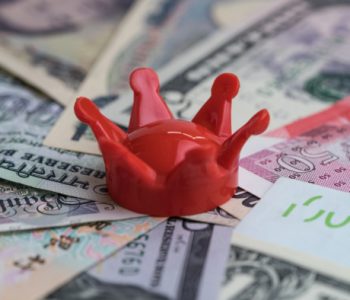 A quarter of a century of consecutive annual dividend hikes is not easy to pull off. If a company is a Dividend Aristocrat right now, it means it managed to raise its dividend every year, including through the dotcom crash, the early 2000s recession, and the Great Recession from 2007 to 2009.

Unsurprisingly, dividend investors like these stocks. If a company can raise its payout during economic downturns, chances are it will keep doing so when things get better. If you want to collect dividends through thick and thin, few companies can do a better job than the Dividend Aristocrats.

The thing is, though, because of their solid dividend-paying ability, Dividend Aristocrats have always been highly sought after. And as investors rushed toward them, their share prices have gotten quite expensive.

In other words, if there is a Dividend Aristocrat having a pullback, it deserves the attention of income investors.

Notably, the company is one of the largest defense contractors in the world.

Now, the defense industry is not exactly the go-to choice for income investors. But GD stock managed to pay increasing dividends for 26 consecutive years, and became a member of the Dividend Aristocrats in 2017. (Source: “Dividend/Split History,” General Dynamics Corporation, last accessed January 9, 2018.)

In fact, among the current 53 members of the S&P 500 Dividend Aristocrats list, General Dynamics is the only one to come from the defense industry.

Usually, when a stock loses over one-fifth of its value, something must be wrong. But in the case of General Dynamics, the tumble in share price reflects more of a sentiment change rather than deteriorating fundamentals.

Just take a look at the company’s latest earnings report and you’ll see what I mean.

In other words, while GD stock has been put in the penalty box, General Dynamics is still delivering double-digit growth on both top and bottom lines.

The best part is, the company’s total backlog increased 4.9% sequentially to $69.5 billion by the end of the third quarter of 2018. Therefore, the defense contractor is going to have plenty of work to do going forward.

Earn a Higher Yield Than Before From GD Stock

And since we are talking about a Dividend Aristocrat, let’s take a look at how much cash the company is paying to investors.

Right now, General Dynamics stock has a quarterly dividend rate of $0.93 per share, which comes out to an annual yield of 2.3%. To put this in perspective, the average S&P 500 company pays just two percent at the moment. (Source: “S&P 500 Dividend Yield,” Multpl, last accessed January 9, 2019.)

The payout was also higher than before. A year ago, GD stock was yielding just 1.63%.

And despite continuous dividend hikes, General Dynamics’ payout remains safe. In the first nine months of 2019, the company generated $8.16 in diluted earnings per share. During this period, it declared three quarterly dividends totaling $2.79 per share. That translated to a payout ratio of 34.2%.

With such a conservative payout ratio, the company not only leaves a wide margin for error, but also gives management plenty of room for future dividend hikes.

The board of directors of General Dynamics Corporation usually reviews its dividend policy every March. Given the company’s growing business and solid financials, I wouldn’t be surprised if they announce a sizable dividend increase in the coming months.