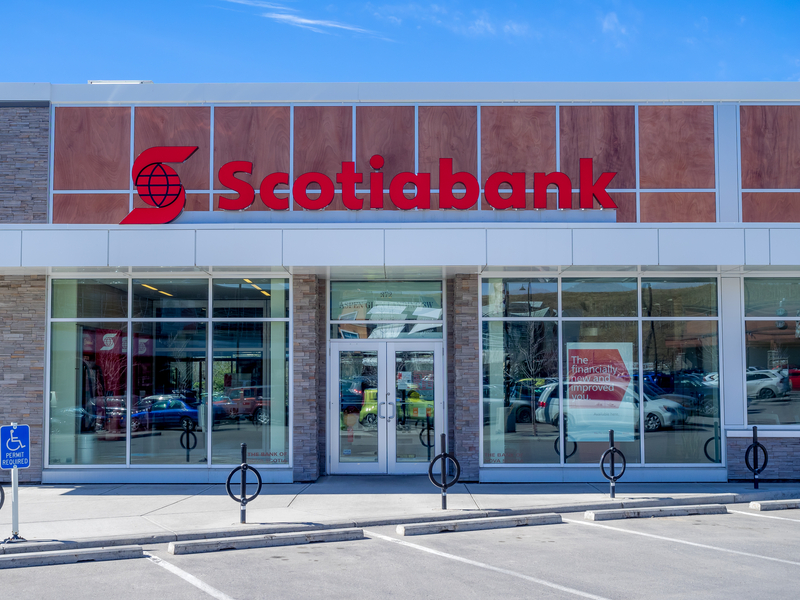 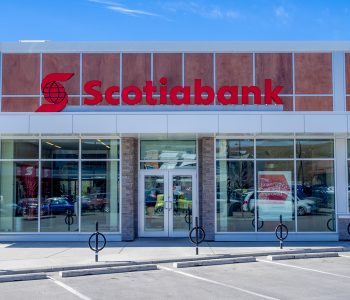 Calgary, Canada - March 29, 2015: Scotiabank branch in Calgary on May 29, 2015 in Calgary, Alberta Canada. Scotiabank is a major Canadian bank, and this branch is located at Aspen Landing in Calgary.

The Bank of Nova Scotia (TSE:BNS) is the latest Canadian bank to hike its dividend after reporting another round of strong profits.

After posting a six-percent increase in its fourth-quarter earnings, Canada’s third-largest lender by assets announced that it will increase its quarterly dividend by $0.02 per share to $0.74. The lender posted a profit of about $1.9 billion in third quarter. After some adjustments, Scotia reported a $1.54-per-share profit.

Investors were fearing some disappointing earnings announcements from Canadian lenders after a prolonged recession in commodity prices. Being one of the largest components of the Canadian economy, energy and mining companies are big borrowers from the banking system and their deteriorating business outlook may depress earnings at Canadian lenders.

But so far, Canadian big banks have weathered this storm quite nicely by demonstrating that they can pursue growth in other areas.

Scotiabank showed notable improvement in its energy-related loans. Scotiabank set aside $37.0 million to cover bad loans to energy companies in the third quarter, down from $150 million in the second quarter. The decline, “is consistent with our previously stated expectations that energy losses had peaked during the last quarter,” Porter said in the statement. (Source: Ibid.)

Global banking and markets, which includes capital markets, reported a profit of $421 million, an increase of 12% from the same period a year ago. Shares of the Toronto-based lender rose about two percent to $70.04.