Here’s What You Can Expect from Apple Inc.

Triple-digit capital gains are always exciting, but that’s not what Apple Inc. (NASDAQ:AAPL) stock is about these days. In the past 12 months, Apple stock’s performance has not been that great. But note that the company is no longer a tech startup that’s going to change the world, because it has already accomplished that. Instead, today’s Apple stock could be a great fit for an income portfolio.

Dividends used to be an important factor when making investment decisions, and it was not just for income investors. I mean, what’s the point of being the shareholder of a company that doesn’t plan to return some of its earnings to investors?

With the hype in the Internet sector, many companies are carrying triple-digit price-to-earnings multiples. It’s true that some of them have great potential, but higher valuations are often associated with higher volatility. As an income investor, is that really the place you want to put your money in?

Of course, Apple was once a tech startup too, and for years it lived under the shadow of software giant Microsoft Corporation (NASDAQ:MSFT) and hardware device makers such as Dell Inc. However, ever since the launch of the first “iPhone” in 2006, Apple has completely changed the industry landscape.

While many analysts are looking at the year-over-year changes of those numbers, I would like to point out that for income investors, the best could be yet to come.

You see, Apple is a profitable company, with Apple stock having delivered earnings of $1.42 per share in the most recent quarter. Solid earnings could translate into more dividends in the future.

Apple stock investors are already getting quarterly dividends. Based on Apple’s stock price today and its current quarterly payout, the company has an annual dividend yield of 2.12%. 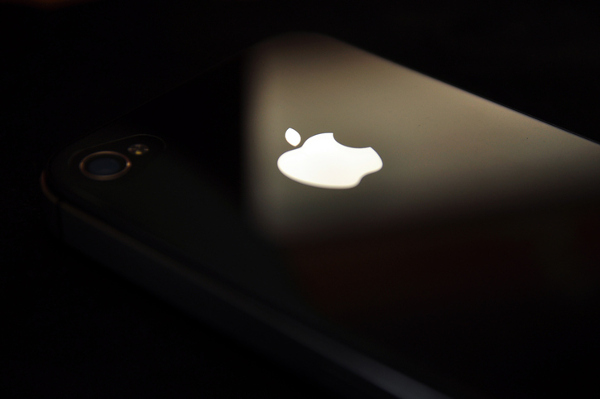 Note that with a quarterly dividend rate of $0.57 per share, Apple is only paying out 40% of its earnings. For a mature company, that payout ratio is quite low. Among the established companies in the electronics equipment industry, some of them pay more than 70% of their earnings as dividends to investors.

AAPL stock bears would argue that the company’s earnings will fall further. However, keep in mind that the last quarter was a slow quarter for Apple because people were anticipating the launch of the “iPhone 7” in September, and yet the company still sold more than 40 million iPhones. When the company reveals its latest flagship model this fall, expect this number to be much higher.

Moreover, the company has a booming services segment. With “Apple Pay,” “AppleCare,” Internet services, and licensing, Apple’s services revenue reached a June quarter record of $6.0 billion. In the past 12 months, the segment’s revenue has grown $4.0 billion year-over-year to $23.1 billion. The company expects its services segment to become the size of a Fortune 100 company next year.

What this means is that Apple still has earnings potential. But just to be safe, let’s assume that Apple’s quarterly earnings stay at $1.42 per share (which could be an underestimate, because the June quarter is typically a slow quarter for the company). If the company decides to boost its payout ratio to, say, 70%, Apple stock investors can expect a quarterly dividend rate of $0.994 per share, which translates to nearly $4.00 of dividends per share annually. At today’s price, that increases Apple’s dividend yield to 3.7% on an annual basis.

At the end of the day, don’t forget that dividends are not the only channel through which Apple stock returns value to investors. The company is also buying back its shares aggressively. By the end of June, Apple had completed almost $177 billion of its $250.0 billion capital return program.

With a solid business and over $200 billion in cash, Apple stock should be near the top of the watch list for any income investor.