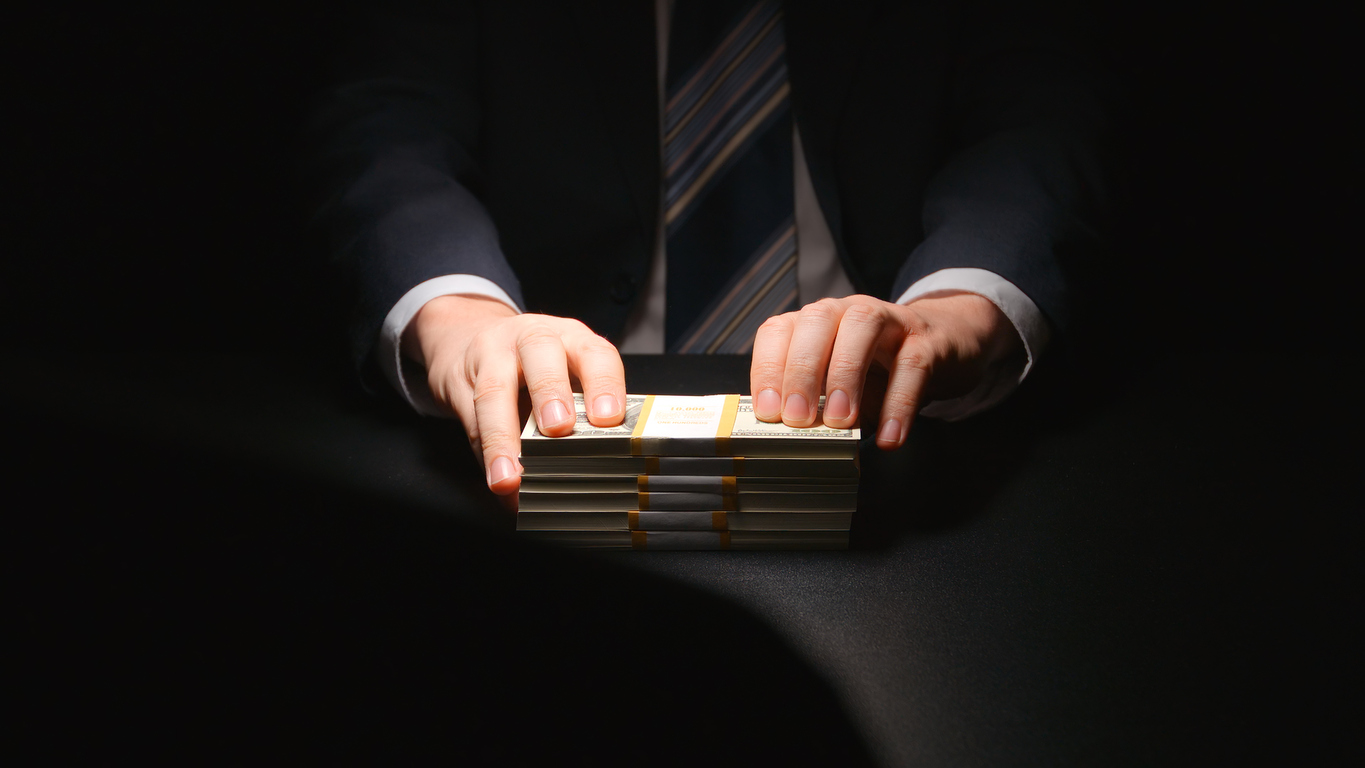 AT&T Inc.: Billionaire Loading up on This Dividend Aristocrat 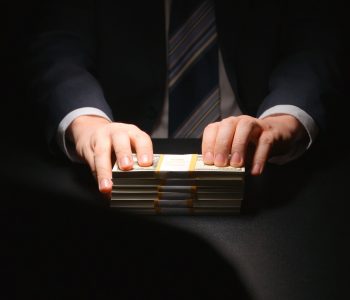 Billionaire Paul Singer has made a fortune shaking up tired businesses. And right now he has a new company in his crosshairs.

In industry circles, Singer has earned a reputation as an effective shareholder activist.

Simply put, this means he pressures firms to overhaul their business, lobbying for everything from dividend hikes and asset spin-offs to throwing out lousy executive teams. For investors, these actions often serve as a catalyst for explosive returns.

And in an open letter to AT&T’s board of directors, the hedge fund honcho chastised management’s investment track record, proposed dozens of options to boost returns, and called on executives to pay more money to shareholders through dividends and buybacks. (Source: “Elliott Management calls for AT&T shake-up as Trump piles on,” Reuters, September 9, 2019.)

Admittedly, AT&T has represented dead money for quite some time.

Over the past decade, CEO Randall Stephenson has spent over $200.0 billion on acquisitions: DirecTV in 2014, Iusacell in 2015, and Time Warner in 2016. He dreamed of transforming the quiet telecom business into a diversified media behemoth.

So far, however, this vision has failed to play out. Stephenson hasn’t generated a meaningful boost in earnings per share, despite spending billions of dollars on new businesses.

Worse, these acquisitions have left the company saddled with debt. As of June, the company’s outstanding liabilities topped $186.0 billion—more than what fellow media rivals Comcast Corporation (NASDAQ:CMCSA) and Walt Disney Co (NYSE:DIS) owed combined. The result: a tired, bloated conglomerate.

Of course, you can still find a wonderful business hidden inside this sprawling operation.

More importantly, it would be next to impossible for a potential rival to break into this business. AT&T’s mobile network—the cables, towers, and infrastructure dotted across the country—would cost hundreds of billions of dollars to replicate.

So, with little worry about new competition, management has no problem raising prices year after year.

For shareholders, this has created an income machine. AT&T has boosted its distribution for 34 consecutive years, earning a spot on the elite list of Dividend Aristocrats. And best of all, its shares pay a forward yield of 5.6%.

Yet, despite these positives, bad decisions have hammered the company’s returns. Since late-2011, AT&T shares have delivered a total return, including dividends, of 116%.

By comparison, competitors Comcast and T-Mobile have posted gains of 414% and 479%, respectively.

And Wall Street, it seems, doesn’t see things getting better. Today, AT&T stock trades at only 10-times next year’s profits—the lowest forward earnings multiple among the company’s peers. This is the inevitable consequence of too many missteps and missed opportunities.

But AT&T’s fortunes could be about to change, all courtesy of Singer.

I don’t want to bury the lede here. In an open letter, Singer believes the telecom company could trade as high as $65.00 per share by 2021. That represents a potential return of 80% based on AT&T’s trading price before the letter’s publication.

In order to unlock this value, however, Singer called for management to adopt a three-part action plan. (Source: “A Letter to AT&T,” Activating AT&T, September 9, 2019.)

First, AT&T needs to commit to a smarter capital allocation strategy. In plain English, this means management has to stop blowing cash on expensive acquisitions and focus on the company’s core operations. Furthermore, executives should opt to boost the dividend, increase the buyback program, and trim the debt load.

AT&T trades at a discount to its peers because investors believe management will keep flushing money down the drain by purchasing overpriced assets. And frankly, they’re right. But by reversing this policy, AT&T executives can win back investor confidence. And by extension, they can boost the stock price.

Second, sell off non-core assets. Over the past decade, AT&T has collected a consortium of assets battling well-funded competitors in a wide variety of markets with different regulations. As a result, the company has spread its resources too thin. And this confederacy of different businesses is likely worth more separate than bundled under the AT&T banner.

Management should unload DirecTV and Time Warner. They would also be wise to unload the company’s Mexican telecom business, which has underperformed since AT&T bought it in 2015. These deals would free up management’s time and resources to focus on the firm’s crown jewel: the AT&T U.S. phone, wireless, and Internet network.

Third, slash costs. Singer believes AT&T could cut expenses by outsourcing some functions and consolidating offices. Management should also trim expenditures by paring down its retail footprint. These efforts, the letter explains, could cut at least $5.0 billion in costs over the next few years.

“AT&T should now place its greatest emphasis on operations – it must move past the era of asset accumulation and into one of integration and execution,” writes Singer.

Through a focused strategic review, emphasis on operational best practices, a formal capital allocation framework, and enhanced leadership and oversight, AT&T has a unique opportunity to reverse the past decade of underperformance and embark upon a new period of extraordinary value creation. Beyond the significant share-price upside, the business benefit – to again see a strong and thriving AT&T for customers, employees and everyone who depends upon this Company – is also clear. If done successfully, the opportunity is historic.

“Historic” certainly describes this opportunity. If AT&T adopts Singer’s proposal, he believes the company could earn $4.80 per share in 2022. That estimate sits $1.00 per share above Wall Street’s current consensus estimate.

Furthermore, it’s not unreasonable to think that the company’s multiple could expand as management regains investors’ confidence.

Singer sees AT&T trading at 12-times forward earnings. That’s a 20% increase from today’s level, but is still well below the average stock in the S&P 500 and the telecom sector. Singer tacks on $5.50 in cumulative dividends paid out to shareholders over this period, too.

In total, his best-case scenario calls for 80% upside from the current AT&T stock price over the next two or three years—a jaw-dropping return for a blue-chip business. (Source: Ibid.) 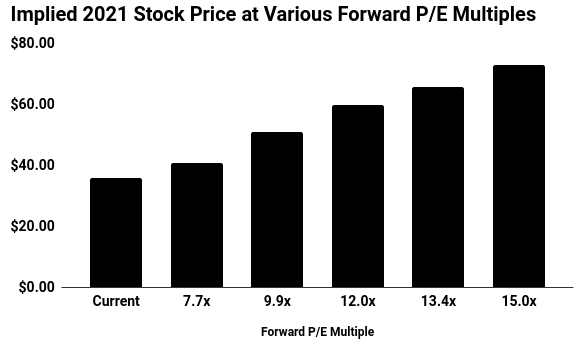 I like Singer’s analysis. He works hard to get to know his target. He has the resources to hire the best people. And he has a knack for creating shareholder value. That explains why he has had such success at target companies like SAP SE (NYSE:SAP) and eBay Inc (NASDAQ:EBAY).

With only $3.2 billion invested, Singer’s position alone won’t influence many changes at a $280.0-billion company like AT&T. But the activist has proven adept at getting institutional investors on board with his plans. Judging by the five-percent pop in the AT&T stock price since the disclosure of his position, traders think Singer has a shot.

And even if management doesn’t adopt Singer’s plan, AT&T shares could still reward income investors. First off, prospective shareholders get to own a reliable cash-cow business that throws off steady dividends. With a yield topping five percent, investors will get paid well while they wait for any turnaround plan to materialize.

Furthermore, a shareholder activist tends to light a fire under the feet of executives. That often results in a host of investor-friendly actions, such as cost cuts, dividend hikes, and stock buybacks.

Finally, Stephenson has neared the end of his tenure as CEO. Don’t be surprised if a new c-suite regime plagiarizes a lot of suggestions from Singer’s letter. That would also provide a possible catalyst for the AT&T stock price.

Bottom line: you can make a lot of money betting on shareholder activists. Singer has worked tirelessly to protect investors’ interests, making a fortune for himself (and his fellow shareholders) in the process. His plan for AT&T, backed by $3.2 billion of Elliot Management’s capital, could unlock an enormous amount of value.

And in the process, he could turn this “Steady Eddie” dividend stock into an income machine.