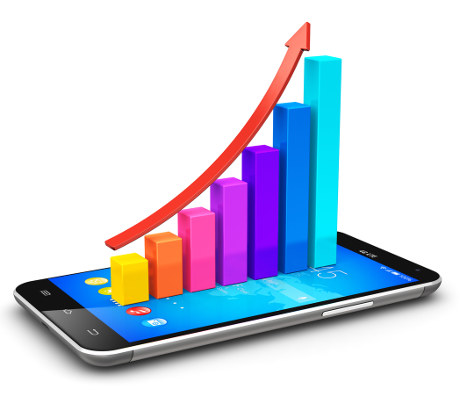 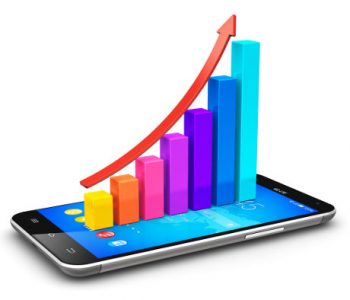 In recent years, investors of Apple Inc. (NASDAQ:AAPL) stock might feel that they’ve missed the profit train. Even though Apple stock has recovered quite a bit from its downturn in 2015, the climb was nothing compared to its 900% jump from 2006 to 2012. For income investors though, stock price appreciation is not the only way to make a return. Does Apple pay dividends? Yes. In this article, we are going to take a look at the Apple dividend history and what you can expect in 2017.

Apple stock has been around for more than three decades, but it really started gaining momentum after the company’s release of the first “iPhone.” Not only did the device boost AAPL stock’s investor appeal, but it also helped Apple become the largest company in the world by market cap. Today, the iPhone is responsible for generating over 60% of the company’s total revenue. (Source: “Apple Inc. Q4 2016 Unaudited Summary Data,” Apple Inc., last accessed January 26, 2017.)

The tremendous success of the iPhone brought huge profits to the company. By 2012, Apple was sitting on over $100.0 billion of cash. As a result, on March 19, 2012, the company announced its plan to initiate a dividend and share repurchase program. Apple’s decision to reinstate its dividends after a 17-year hiatus was good news for income investors.

When does Apple pay dividends? Well, the company pays dividends on a quarterly basis. The four payments are usually paid in February, May, August, and November of each year. For an investor to be entitled to dividends, they must purchase the stock before the ex-dividend date. If an investor purchases the stock on or after its ex-dividend date, they will not receive the next dividend payment; instead, the seller gets the dividend.

AAPL ex-dividend date is usually set to be two business days before the record date. The company’s most recent dividend of $0.57 per share was paid on November 10, 2016. Its next dividend has yet to be announced.

At today’s price, Apple stock has an annual dividend yield of 1.87%.

Right now, Apple stock might not look like a hot commodity. With so many companies in the race to build “the next big thing,” who cares about a four-decade-old hardware device maker?

However, if you invested in the early days of Apple stock, you would have made enormous returns. Since the company’s first trading day on December 12, 1980, AAPL stock has skyrocketed an astonishing 23,933%! That’s no misprint.

Of course, it wasn’t all sunshine and rainbows for Apple stock. In particular, Apple was on the verge of bankruptcy in 1996 and had to suspend its dividends. Fortunately, the company purchased NeXT, a company created by Apple’s co-founder, Steve Jobs. This acquisition brought Jobs back to Apple as a consultant in 1997. Jobs then took the interim position as chief executive officer, and even partnered with Microsoft Corporation (NASDAQ:MSFT), which was considered Apple’s enemy. Apple had gone through a difficult period, but Jobs managed to turn it into one of the greatest comeback stories of all time.

Due to the surge in Apple’s stock price, AAPL shares have split four times.

Companies usually split their shares when the price per share increases to levels that are too high. The reason is that high share prices may deter smaller investors from investing in the company, especially if there is a minimum trading parcel involved. Companies may also split their shares when their share price rise above that of its competitors. The underlying value of the company does change after a stock split, but splitting could make its shares look more affordable to small investors.

Then, the iPhone was unveiled, and it soon became the hottest gadget for consumers. iPhone sales skyrocketed year after year, and stock market investors loved it. In June of 2014, Apple stock was trading at over $700.00 apiece!

It was time for another split. But unlike the previous three times, this time Apple went for a seven-to-one split on June 9, 2014. This brought the Apple stock price down from over $700.00 per share to around $100.00 per share.

At the time of this writing, the company has not announced any dividend hike in 2017. However, given Apple’s solid business and its plan to return value to shareholders, I believe the company will announce a dividend increase in the coming months.

If you are concerned that Apple dividend increases might be too aggressive, don’t worry. In Apple’s fiscal 2016, which ended September 24, the company declared $2.18 in cash dividends per share while generating $8.31 of earnings per share. This means it was paying out just over 26% of its earnings. To put it in perspective, Microsoft paid out 68% of earnings as dividends in its fiscal 2016. (Source: “Apple Inc. Unaudited Condensed Consolidated Statements of Operations,” Apple Inc., last accessed January 26, 2017.)

What this means is that if Apple were to double its dividend payout right now, it would give the company a dividend yield of 3.74% at today’s price, and its payout ratio would still be lower than Microsoft’s.

That’s why I believe the iPhone maker will have no problem raising its dividend rate this year. However, I don’t think it will increase its payout too much. And this is not because Apple doesn’t want to return value to shareholders, but because of the nature of the industry.

You see, Apple is a hardware device maker. While the company is very dominating right now, the hardware business is not really the easiest one to be in. A product can be very popular today, but if something better comes up, or if the consumer tastes change, it could lose its appeal quickly. That’s why stock market investors tend to be cautious when investing in hardware device companies. The massive drops in some popular device maker stocks such as GoPro Inc (NASDAQ:GPRO) and Fitbit Inc (NYSE:FIT) are still fairly recent.

That’s one of the reasons why, even though Apple is dominating in its business, investors today are only willing to give it a price-to-earnings multiple of less than 15 times.

What this means is that in order to keep its relevance in the future, the company has to keep reinvesting. Apple doesn’t like to talk about its ongoing projects, but sources have been saying that the company is working on quite a few “next big things,” including a virtual reality or augmented reality product, as well as electric cars. (Source: “3 cutting edge projects Apple is working on right now,” Business Insider, January 25, 2016.)

What does this have to do with Apple’s dividend? Well, if a company raises its dividend, it should have the ability to keep paying at the increased level. As we have seen in today’s stock market, few things disappoint investors more than a dividend cut. No doubt, Apple has the ability to reward investors with much higher dividends that what it is paying right now. However, the company also want to make sure that it has the ability to invest once a new growth opportunity comes up. That’s why committing to a high dividend rate today might not be the best strategy for the iPhone maker.

The good thing is that there is another way for companies to return value to shareholders: buybacks. Repurchasing a company’s own shares reduces the number of shares outstanding, so each shareholder would own a slightly larger portion of the company. Moreover, unlike dividends, when a company announces a stock repurchase program, it is not under obligation to complete it. This means that if the company sees better use for those funds, it has the freedom to allocate it optimally without disappointing investors.

Apple is currently pursuing its massive $250.0-billion capital return program, which includes dividends and stock buybacks. By the end of its fiscal 2016, the company has completed over $186.0 billion of the $250.0-billion program.

Don’t forget that Apple’s services segment is booming, and is expected to become the size of a Fortune 100 company in its fiscal 2017. The services business is known for producing recurring revenue—an important ingredient for a dividend stock.

Last but certainly not least, with President Trump taking office, his tax policies could lead to multinational companies bringing back some of their profits currently stored overseas. If that happens and Apple does bring back some of its offshore cash, the company would have more financial freedom to reward AAPL stock investors.

All in all, 2017 could be a rewarding year for Apple dividend investors.