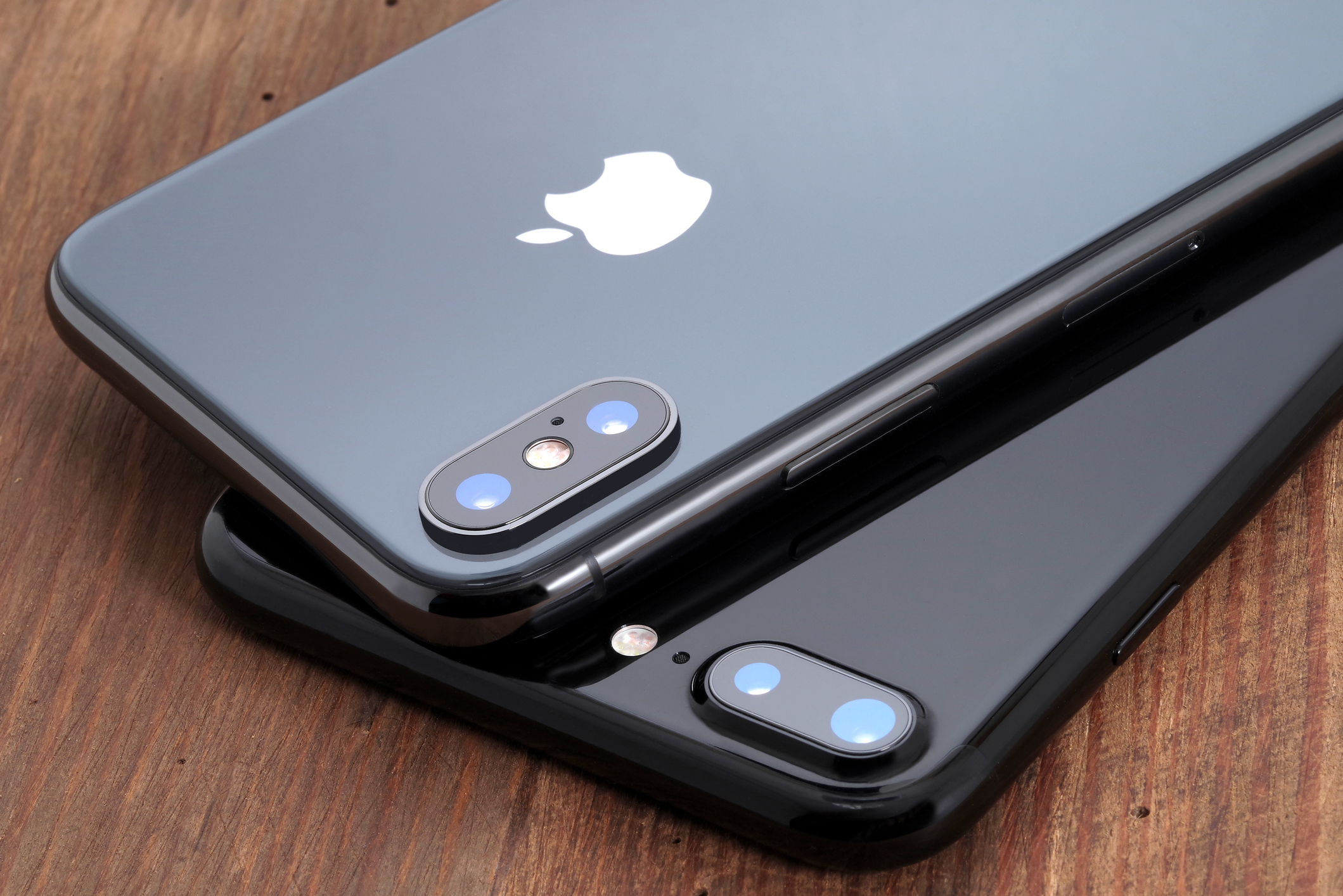 Apple Inc.: The Best Dividend Growth Stock for the Next Decade? 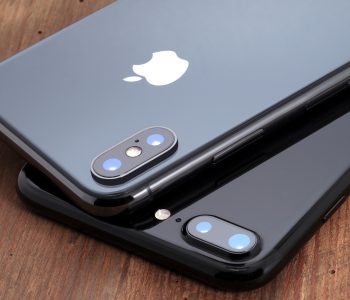 Looking for Dividend Growth? Read This

When Apple Inc. (NASDAQ:AAPL) started paying dividends again in 2012, not everyone was impressed. To some people, what a fast-growing tech company should do is invest every dime it has into growing its business, not set up a regular dividend policy.

No doubt, everyone loves capital gains. But there are investors, myself included, who want to get paid by companies on a regular basis.

And that’s what Apple has done. Since reinstating its quarterly dividend policy in 2012, the company has never missed a single payment. (Source: “Dividend History,” Apple Inc., last accessed July 31, 2019.)

Better yet, the payout has been on the rise. Apple’s first distribution to investors after reinstating its dividend policy was $0.37857 per share (adjusted for a seven-for-one split that happened later on) paid on August 16, 2012.  Today, the company’s quarterly dividend rate stands at $0.77 per share, representing a total increase of 103%.

At its current price, AAPL stock offers an annual yield of 1.5%. This may not seem like much, but keep in mind that in just seven years, the stock’s payout has more than doubled.

Looking around, not many dividend stocks can achieve this kind of payout growth rate. For those who think the fast-changing tech world isn’t the place to shop for dividend growth stocks, what Apple Inc. has done should make them think again.

In fact, based on what the company is doing right now, Apple stock could be on track to become one of the best dividend growth stocks for the next 10 years.

To most consumers, Apple is known for making the “iPhone.” And this shouldn’t come as a surprise. The company has built plenty of electronic devices since its founding by Steve Jobs, Steve Wozniak, and Ronald Wayne back in 1976. Some of those devices, such as the “Macintosh” computer and the “iPod” digital music player, were quite successful. But what really put Apple Inc. in the lead—and made APPL stock soar—was the iPhone.

The tech giant released the first-generation iPhone on June 29, 2007. Coincidentally, consumers started moving from traditional cell phones (so-called dumb phones) to smartphones around the same time. Some say the popularity of the iPhone was critical to the shift in consumers’ decisions to move to smartphones. Looking back, it’s hard to disagree with that.

Needless to say, the success of the iPhone helped the Cupertino, California-based Apple make a lot of money. And investors liked that. The chart below shows the Apple stock performance from its first iPhone release date to today. 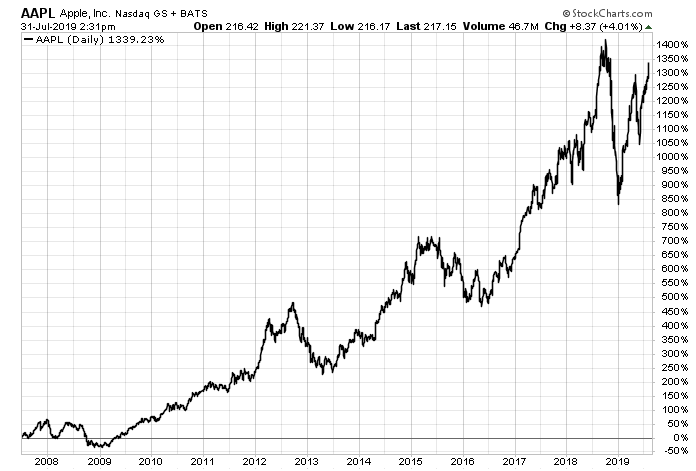 As you can see, since the iPhone came out, Apple stock has returned more than 1,300% (no misprint).

The thing is though, being a hardware device maker is not known as the best recipe for long-term success. When a company sells a device, it only makes money once. Therefore, if the company cannot sell as many devices as it did before, its revenue stream will shrink.

And that’s a big concern surrounding AAPL stock these days. iPhone sales were growing exponentially in the first few generations, but recently, the growth momentum in sales has slowed down. (Source: “Unit sales of the Apple iPhone worldwide from 2007 to 2018 (in millions),” Statista, last accessed July 31, 2019.)

It doesn’t take long for investor fear to build up around a hardware device maker. I mean, it wasn’t that long ago that GoPro Inc (NASDAQ:GPRO)—a leading action camera maker—was trading at over $60.00 per share. But after sales started to decline, investors ran for the exits. As of this writing, GPRO stock price is just $4.38.

So, should investors be worried about the future of Apple Inc.?

Not really. You see, while Apple was making the bulk of its money selling iPhones, the company has another trick up its sleeve: Apple uses its proprietary “iOS” mobile operating system on all generations of the iPhone. And that allows Apple to have complete control over the user experience on the devices, creating numerous monetizing opportunities through software and services.

Apple’s services business has been booming. In the third quarter of Apple’s fiscal-year 2019, which ended June 29, the company’s service segment brought in $11.5 billion of revenue. That number not only represented a 12.6% increase year-over-year, but also marked a new all-time high for the segment. (Source: “Apple Inc. Condensed Consolidated Statements of Operations (Unaudited),” Apple Inc., last accessed July 31, 2019.)

Sure, Apple’s services segment is not nearly as famous as its iPhone lineup, but it does contain some very lucrative businesses, such as “Apple Music,” “Apple Store,” and “iCloud.”

The neat thing about these businesses is that they tend to be recurring in nature. For instance, when customers sign up for Apple Music—the company’s music streaming service—they usually pay a monthly subscription fee. The same goes for iCloud, Apple’s cloud storage and cloud computing service.

And that number continued to grow. During an earnings conference call in July, Apple’s Chief Executive Officer Tim Cook said, “Our active installed base of iPhone reached a new all time high and was up year-over-year in each of our top 20 markets underscoring the quality of our products and the satisfaction and loyalty of iPhone customers around the world.” (Source: “Apple, Inc. (AAPL) CEO Tim Cook On Q3 2019 Results – Earnings Call Transcript,” Seeking Alpha, July 30, 2019.)

Across Apple’s different platforms, there are now more than 420 million paid subscriptions to the company’s services. Looking ahead, Cook said the company is on track to double its fiscal-year 2016 services revenue in 2020. (Source: Ibid.)

With a massive and recurring business, Apple could be ready to take its dividends to the next level.

Of course, as is the case with most companies, in order for Apple’s dividend policy to be considered safe, it needs to generate enough profits to cover its payout.

The good news is, that’s exactly what the company has been doing. In Apple’s fiscal-year 2018, which ended September 29, 2018, it generated diluted earnings of $11.91 per share while declaring total cash dividends of $2.72 per share. That translated to a payout ratio of 22.8%. (Source: “Apple Reports Fourth Quarter Results,” Apple Inc., November 1, 2018.)

In the first nine months of Apple’s fiscal-year 2019, its diluted earnings came in at $8.86 per share. During this period, the company declared total cash dividends of $2.23 per share. Therefore, Apple had a payout ratio of 25.2% in the first three quarters of the current fiscal year. (Source: “Apple Reports Third Quarter Results,” Apple Inc., July 30, 2019.)

Those who follow this column would know that, as a risk-averse income investor, I prefer to see companies paying out less than 75% of their profits so that, if business slows down, they would still have a chance of covering their dividends. At Apple Inc., the payout ratio is so low that it not only leaves a huge margin of safety, but also creates plenty of room for future dividend increases.

Don’t forget, Apple has a huge pile of cash. As of June 29, 2019, the company’s cash, cash equivalents, and marketable securities totaled more than $94.6 billion. (Source: Ibid.)

Such a big cash position has two important implications.

First, the company has the financial resources to develop new products and services and improve the existing ones. At the same time, if there is an acquisition that could boost Apple’s competitive advantage, a strong cash position would allow the company to pursue that opportunity.

For instance, Apple announced in July that it will acquire the majority of Intel Corporation’s (NASDAQ:INTC) smartphone modem business. If the deal goes through, Apple will be holding more than 17,000 wireless technology patents. Cook said the acquisition is part of Apple’s strategy of “owning and controlling the primary technologies” behind its products. (Source: Seeking Alpha, op. cit.)

Second, the company could simply return some of that cash to investors. And I’m not just talking about dividends (although dividend hikes will likely arrive like clockwork, given the company’s solid financial profile).

Apple could also return cash to investors through stock buybacks. When the company buys back AAPL stock,  investors don’t get a check in the mail. Instead, the share repurchase program reduces the number of shares outstanding, resulting in each remaining investor to own a slightly larger portion of the company.

In its most recent fiscal quarter, the company bought back nearly 88 million shares of Apple stock for a whopping $17.0 billion. Adding in the $3.6 billion paid in dividends and equivalents, Apple returned a total of over $21.0 billion to shareholders in its third fiscal quarter. (Source: Apple Inc., July 30, 2019, op. cit.)

Don’t forget, Apple also generates a huge amount of revenue from its operations. Combined with its large cash pile, a lot more money will likely be returned to shareholders in the years ahead.

At the end of the day, keep in mind that while iPhone sales haven’t been as strong as before, Apple Inc. still makes a ton of money from selling the device. In the company’s third fiscal quarter, when there were no new model introductions, the company sold almost $26.0 billion worth of iPhones.

Factor in the company’s massive and growing services business and it’s easy to see that Apple is a tech giant firing on all cylinders.

Of course, the tech industry is a fast-changing one, and companies rise and fall all the time. But for the next 10 years, I expect to see top-notch dividend growth from Apple stock.