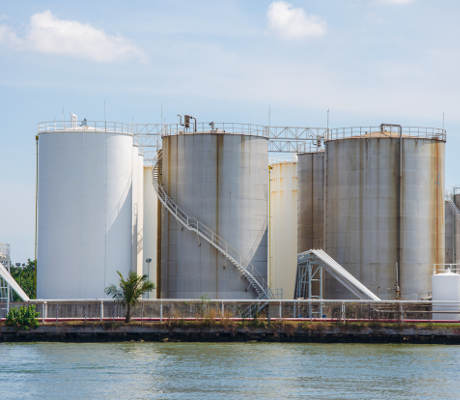 AMID Stock: A 15.4% Yield You Likely Haven’t Considered 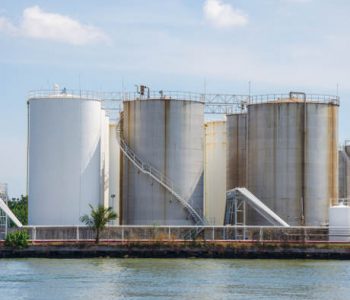 Hidden Gem with a Double-Digit Payout

AMID stock does not make headlines that often, but the partnership provides one of the most generous income streams in the current stock market.

Of course, with oil and gas prices yet to make a full recovery, a high-yield stock in the energy sector doesn’t seem like a safe bet. However, if you take a look at what American Midstream Partners is doing, you’d see that the partnership actually has a solid business to back its generous distribution policy.

You see, even though AMID is an energy stock, it does not drill any new wells. Instead, the partnership operates through four segments: “Gas Gathering and Processing,” “Natural Gas Transportation,” “Liquid Pipelines,” and “Offshore Pipelines.”

In other words, energy companies pay the partnership a fee to use its midstream services. Earlier this year, management estimated that 93% of AMID’s cash flow comes from either fee-based or fixed-margin businesses. (Source: “Barclays MLP Corporate Access Days,” American Midstream Partners LP, February 27, 2018.)

Just take a look at the chart below and you’ll see what I mean. 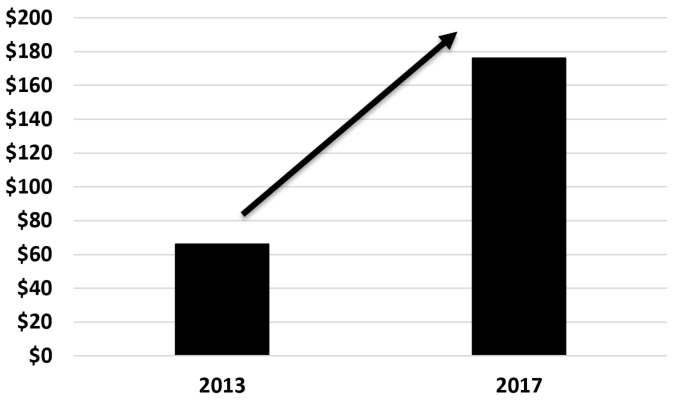 In 2013, the partnership’s earnings before interest, tax, depreciation, and amortization (EBITDA) totaled $66.0 million. By 2017, the amount had increased to $176.0 million. That translated to a compound annual growth rate (CAGR) of 28%.

Keep in mind that oil and gas prices plunged big-time in the summer of 2014. And yet American Midstream Partners still managed to grow its EBITDA at double-digit clip through the downturn.

Of course, for an MLP, EBITDA is not usually considered the most important metric when it comes to evaluating dividend safety. Instead, analysts prefer to use distributable cash flow, which deducts cash expenses, maintenance capital, and preferred distributions from adjusted EBITDA.

In 2017, the partnership generated distributable cash flow of $91.1 million. Given its limited partner distribution of $86.2 million for the year, it had a distribution coverage ratio of 1.06 times. (Source: “American Midstream Reports Fourth Quarter and Full Year 2017 Results,” American Midstream Partners LP, March 12, 2018.)

Therefore, in both reporting periods, the partnership generated enough cash to cover its payouts.

Bottom Line on This High-Yield Stock

At the end of the day, I wouldn’t call AMID stock a slam dunk. In particular, risk-averse income investors would probably want to see a higher distribution coverage ratio.