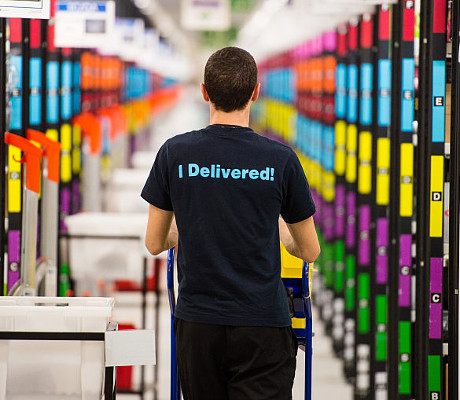 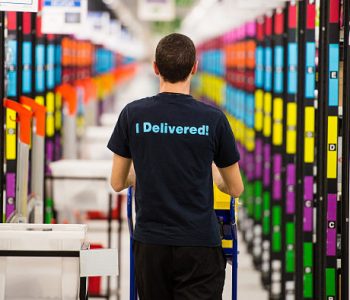 As the competition for holiday spending intensifies, many retailers are offering online deals much earlier to grab the major market share of this growing pie. Take, for example, Amazon.com, Inc. (NASDAQ:AMZN). Amazon’s Black Friday deals started from November 2. Similarly, Wal-Mart Stores, Inc. (NYSE:WMT) announced this week that it will kick off the event on the “traditional” day, the day after Thanksgiving.

For Walmart, Black Friday is an important test to see whether its efforts to increase online sales are bearing fruit, at a time when this brick-and-mortar company is struggling from a declining trend in its overall sales. And it has a little choice, as Amazon’s Black Friday event is likely to be one of the most rewarding days for this online retailer.

Walmart plans to start a new batch of what it calls “Cyber Week deals,” beginning at 12:01 a.m. EST on November 25, to keep the momentum going.

“Three out of four customers tell us they want to shop cyber deals earlier, so after our Black Friday event in stores Thursday night, customers can continue to save as we kick off Cyber Week on Friday,” said Steve Breen, senior vice president of merchandising at Walmart. (Source: “Walmart’s Significantly Expanded Assortment Brings More Choices for Customers and the Largest Cyber Week Event, Earlier than Ever,”  Wal-Mart Stores, Inc., November 21, 2016.)

For income investors, it is important to understand why Walmart is so keen on getting ahead in this race for grabbing online consumers. For Walmart, events like Amazon’s Black Friday are posing a great threat to maintaining its dominant position in the retail world.

Walmart has been working aggressively to counter this threat coming from Amazon, the world’s biggest Internet-based retailer.

In August, it announced plans to acquire Jet.com, Inc., a fast-growing e-commerce operation in the U.S that averaging 25,000 daily processed orders from its customer base, which increases by approximately 400,000 each month. The acquisition was completed in September. (Source: “Walmart Agrees to Acquire Jet.com, One of the Fastest Growing e-Commerce Companies in the U.S.,” Wal-Mart Stores, Inc., August 8, 2016.)

Walmart has to be aggressive in its online pursuit because the numbers of its online sales don’t present an encouraging trend. The second-largest U.S. e-retailer, Walmart had $12.5 billion in sales over the last year. But as impressive as this number may sound, it only accounted for three percent of Walmart’s total sales. Further, Amazon’s online sales in the same period totaled $83.0 million.

eMarketer, an e-commerce consultancy firm, estimates that retail e-commerce sales in the U.S. will have increased about 16% within a year, greater than Walmart’s estimated 9.4% for 2016 and 6.8% expansion for the prior 12 months. (Source: “Wal-Mart Buys Jet.com in Hopes of Boosting Flagging Ecommerce Sales,” eMarketer, August 9, 2016.)

Due to Walmart’s large investment into the transition between digital and physical shopping, its stock price is lagging behind in this market rally. In the past two years, its stock price has fallen over 27% as investors wait to see how this company transforms its business to attract a growing number of shoppers using online channels.

But with Amazon’s Black Friday plans and Walmart’s online push, it seems consumers are going to be the biggest winners as they order their favorite products from their cozy rooms this Thanksgiving weekend.