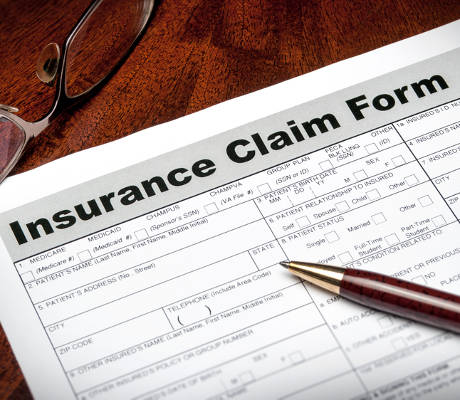 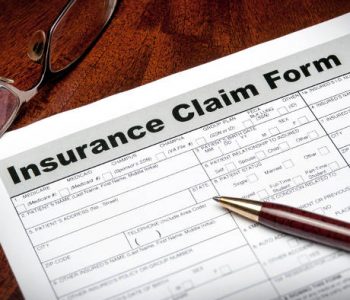 As regular readers know, I’m constantly on the prowl for blue-chip bargains, and looking into a steep, earnings-related drop from a large-cap company is always a good place to start. Of course, even prior to the downbeat earnings, AIG stock had been underperforming the broader market in recent months, making Wednesday’s pullback all the more interesting to this value hound.

Remember: there is simply no easier way to build wealth than to buy quality dividend stocks at cheap prices. And from the looks of it, that’s exactly what we have in AIG stock.

Let’s dig into the report.

AIG’s quarter was definitely brutal, but for those following the stock, it wasn’t all that surprising.  The company’s net loss widened to $3.04 billion from $1.84 billion in the year-ago period, representing the fourth loss in six quarters. Once again, larger-than-expected claims weighed heavily on AIG, as CEO Patrick Hancock continues to struggle with reserve shortfalls.

In other words, it’s more of the same story with AIG’s insurance business. Thanks to a historical lack of underwriting discipline along commercial casualty lines, AIG still finds itself paying out more money in claims than it originally expected.

Specifically, the quarter included a massive $5.6-billion reserve charge, or $3.56 per share, while analysts were expecting a charge of just $3.5 billion. Due to that wide discrepancy, Wall Street analysts are now turning their attention nervously toward ratings agency A.M. Best Company, Inc. for a possible downgrade, which would naturally hurt the company’s financial flexibility and stock price potential.

On Wednesday night, Standard & Poor’s did say that they were taking no immediate rating action on AIG, giving investors some much-needed comfort. As of this writing, AIG stock is up more than two percent in late Thursday trading.

Still, it’s clear that investors are growing increasingly frustrated with AIG’s insurance business, especially considering that much of the losses are related to recent accident years.

But while AIG’s ongoing operational issues are certainly concerning, there are few reasons not to give up on the stock just yet.

First of all, it’s easy to forget that AIG is still undergoing a reorganization of sorts. So although messy quarters are indeed frustrating, they’re almost a necessary pill to swallow in order to achieve long-term stability–something Hancock has been working tirelessly to achieve.

Ever since taking over the CEO reins in 2014, Hancock has essentially tried to simplify the company’s business model by exiting underperforming lines, streamlining operations, and, most importantly, being more selective of its underwriting and investment exposures. Moreover, AIG has increasingly leaned on advanced analytics to gain a competitive advantage in highly specialized lines.

There’s no better example of AIG’s de-risking initiatives than its recent reinsurance deal with Warren Buffett’s Berkshire Hathaway Inc. (NYSE: BRK-A), which covers much of the long-term risks of policies it has already written. Specifically, Berkshire’s National Indemnity unit will accept 80% of net losses in excess of the first $25.0 billion for AIG’s long-tail commercial exposures, with a maximum liability of $20.0 billion. (Source: “AIG Partners with Berkshire Hathaway Unit on Reinsurance Agreement,” American International Group Inc, January 20, 2017.)

Now, reinsurance from the “Oracle of Ohama” isn’t free, of course. In fact, AIG will need to pay a pretty penny of roughly $10.0 billion for the privilege. But considering that AIG’s long-tail casualty lines have been the primary source for the company’s reserve headaches, the deal with Berkshire should do well in resolving the issues over time.

Add the fact that AIG has already reduced premiums in U.S. casualty by 60% from their peak of in 2006, and the trend isn’t as ugly as the results might indicate.

AIG’s reserve issues are also taking away from another simple bullish fact: much of management’s financial targets for 2016 were exceeded.

For example, AIG managed to generate a 10% reduction in general operating expenses (roughly $1.1 billion) for 2016, easily surpassing its full-year target of a six-percent reduction (roughly $700.0 million). Based on all of its cost-cutting moves taken to date, management now sees annual run-rate savings of $1.3 billion. Furthermore, the company was able to complete or announce 10 transactions over the year, which are expected to result in over $10.0 billion of equity.

Given AIG’s full-year target for core return on equity of 9.5%, as well as management’s reaffirmed commitment to return a whopping $25.0 billion of capital by 2018, I’d expect core book value to only keep growing. And with the reinsurance deal with Berkshire Hathaway now in place, book value should also be more stable.

“Going forward, we expect to see the results from our improved underwriting platform, reduced expense base, and the strong improvement in our business mix,” said Hancock, who added that they, “remain committed to continuing to execute our clearly defined transformation plan, as well as achieving our financial goals.”

The Bottom Line on AIG Stock

I’d consider pouncing on this pullback in AIG stock. While AIG’s reserve headaches continue to impact the bottom line, management is doing everything it needs to do in order to make the company leaner and meaner for the long haul.

Furthermore, AIG stock continues to trade at a decent discount-to-book value, which will make the massive share repurchases in 2017 highly accretive to shareholders. So although stock buybacks are management’s priority right now due to the current valuation (as it should be), AIG is slowly developing into stable dividend play with solid growth characteristics to boot.

At a dividend yield of two percent with huge share repurchases coming soon, now might be the best time for income investors to get in on AIG’s stock action.