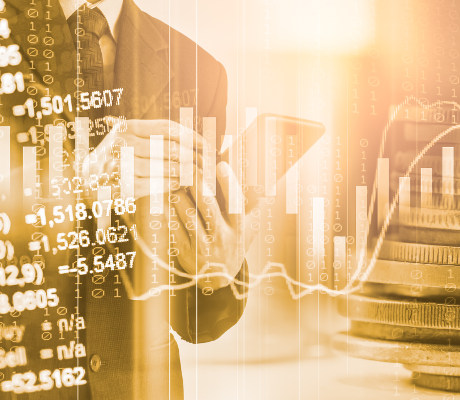 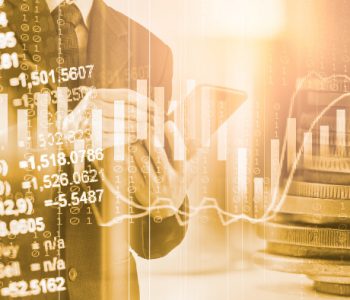 Earn an Increasing Stream of Income from ADP Stock

As a consumer, you may not be familiar with the company Automatic Data Processing (NASDAQ:ADP). But as an income investor, you should take notice of this company, because it represents one of the best dividend growth opportunities in today’s market.

Headquartered in Roseland, New Jersey, Automatic Data Processing is in the human capital management (HCM) business. Starting out as Automatic Payrolls Inc. in 1949, the company has grown tremendously over the years. In 1961, ADP completed its initial public offering (IPO) with about 300 clients. Today, ADP has approximately 700,000 clients coming from more than 110 countries around the world.

To give you an idea of the company’s presence, here are some numbers. ADP is responsible for delivering payroll for 26 million U.S. workers and another 14 million international workers. Each year, the company moves a whopping $1.85 trillion on behalf of its clients and their employees. (Source: “ADP: Driving Superior Results Through Market Leadership and Continuous Innovation,” Automatic Data Processing, last accessed October 10, 2017.)

The reason why I like ADP stock is simple: the company runs a recurring business. More and more businesses are outsourcing their human resource functions. And it’s not a one-time service; once they sign up for ADP’s service, they make payments to the company every year. This creates a recurring stream of revenue for ADP.

Also, ADP’s business is well-diversified. With hundreds of thousands of clients across the globe, it’s unlikely that the downturn of one company or one industry would cause too much damage to ADP’s company-level financials.

The bottom line improved as well. For fiscal-year 2017, ADP’s adjusted earnings came in at $3.70 per share, representing a 13% increase from the prior fiscal year.

Over the past five years, ADP’s revenue increased at a compound annual growth rate (CAGR) of seven percent, while its adjusted earnings per share (EPS) grew at a CAGR of 10%.

With a growing business, the company can reward shareholders with rising dividends. The chart below shows ADP’s dividend growth history since 2010. 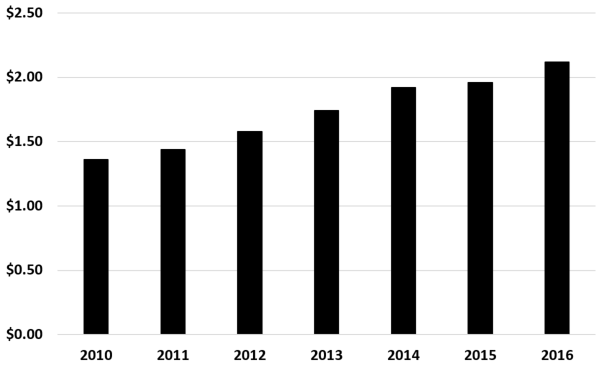 As a matter of fact, ADP has been growing its dividends for quite some time. The latest dividend hike–a 7.5% increase to the company’s quarterly distribution rate to $0.57 per share–marked the 42nd consecutive year in which ADP has raised its payout. (Source: “ADP Increases Cash Dividend; Marks 42nd Consecutive Year of Dividend Increases,” Automatic Data Processing, November 8, 2016.)

This makes ADP a “dividend aristocrat,” a title given to members of an elite group of companies with at least 25 consecutive years of annual dividend increases.

Past performance does not guarantee future results, but, for ADP, the best could be yet to come. For fiscal-year 2018, the company expects its revenue to grow another five to six percent from its 2017 level of $12.4 billion. Adjusted EPS is expected to improve by two to four percent. Given the solid results from the company’s fiscal-year 2017 and its excellent dividend track record, ADP will likely have more good news for income investors in the next month or so.