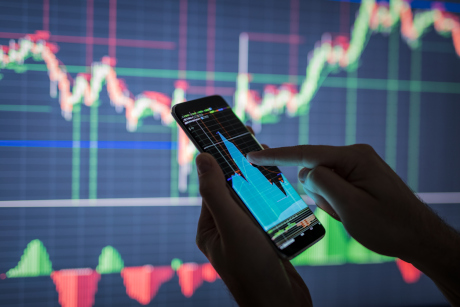 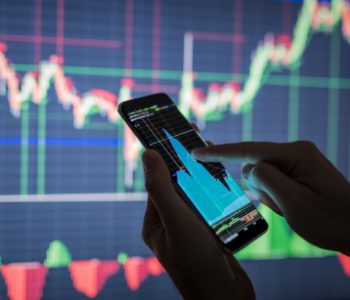 A Top Dividend Stock for 2018 and Beyond

“Given Apple Inc.’s (NASDAQ:AAPL) earnings per share growth, low payout ratio, and enormous cash position, I expect the company to deliver a dividend increase of at least 10% in May 2018.”

That’s what I told readers of Income Investors earlier this year. In that piece, I explained why Apple stock was setting up for a sizable distribution hike.

Then, on May 1, 2018, the company announced that its board of directors had declared a quarterly cash dividend of $0.73 per share. The amount is a 15.9% increase from its previous payment. (Source: “Apple Reports Second Quarter Results,” Apple Inc., May 1, 2018.)

Still, even after this substantial dividend increase, AAPL is not really a high-yield stock by any means. Trading at $189.61 apiece, the company offers investors an annual yield of 1.54%.

However, as I have said plenty of times in this column, a solid dividend growth stock would allow investors to collect a much higher yield on cost over time. For instance, if a company can grow its quarterly dividend rate by 10% annually, its per-share payout would double in less than eight years.

And to be honest, finding dividend growth stocks is not rocket science. In the case of Apple Inc., it’s actually quite easy to see which direction its payments are going. Let me explain.

To most people, Apple is known as the “iPhone” maker. And it deserves that recognition; in just the March quarter alone, the company sold 52.2 million units of the device, which brought in $38.0 billion in sales. To put it in perspective, Apple’s total revenue came in at $61.1 billion in the March quarter, so the iPhone alone accounted for 62.2% of the company’s total sales. (Source: “Apple Inc. Q2 2018 Unaudited Summary Data,” Apple Inc., last accessed July 30, 2018.)

And if you think relying too much on one device is a bit too risky, note that even though iPhone sales stand out the most in the company’s financial reports, it does have other segments that are also firing on all cylinders.

In particular, thanks to the company’s huge installed base of devices, it has been making money hand over fist from services. In the most recent quarter, Apple’s Services segment generated $9.2 billion in revenue. Last November, the company confirmed that the segment had reached the size of a Fortune 100 company.

Furthermore, Apple’s huge following means that it can succeed in new markets, even without having first-mover advantage. For instance, when Apple released its smartwatch, the “Apple Watch,” in April 2015, there were already quite a few smartwatches on the market. But the company still managed to beat all the existing competitors and become the biggest player in the business.

Apple Inc. Is Willing to Return Cash to Investors Through Dividends

Of course, Apple is not the only stock with a successful business. Looking around, there are companies that are just as dominant as the iPhone maker in their operating markets. These companies also tend to have strong investor appeal. For instance, Amazon.com, Inc. (NASDAQ:AMZN) and Alphabet Inc (NASDAQ:GOOGL) each command more than $850.0 billion of market capitalization, not too far behind Apple’s market cap of around $950.0 billion.

However, not every company is willing to return cash to investors. Amazon does not pay a dividend and hasn’t bought back any shares in six years, while Alphabet (better known as Google) does have a share repurchase program in place, but does not have a dividend policy.

And that’s why Apple Inc. is special. Since the company announced its capital return program in 2012, it has returned $67.2 billion in dividends, $199.6 billion in buybacks, and $8.4 billion in net share settlement to investors. Add it up and you’ll see that Apple’s total shareholder return was a whopping $275.2 billion from the beginning of its fiscal year 2012 to the end of March 2018. (Source: “Apple Return of Capital and Net Cash Position,” Apple Inc., last accessed July 30, 2018.)

Of course, as income investors, we care most about dividends. And on that front, Apple has been doing a terrific job. Since the company reinstated its dividend policy in July 2012, it had raised its quarterly dividend rate by 92.8%. (Source: “Dividend History,” Apple Inc., last accessed July 30, 2018.)

AAPL Stock: The Best Could Be Yet to Come

At the end of the day, don’t forget that even after all the dividend hikes and stock buybacks, Apple still has plenty of cash lying around. Last time the company counted, its cash and cash equivalents, short-term marketable securities, and long-term marketable securities totaled over $267 billion. (Source: “Apple Inc. Condensed Consolidated Statements of Operations (Unaudited),” Apple Inc., last accessed July 30, 2018.)

With a strong cash position and a rock-solid business, Apple stock is well-positioned to keep growing its dividends.