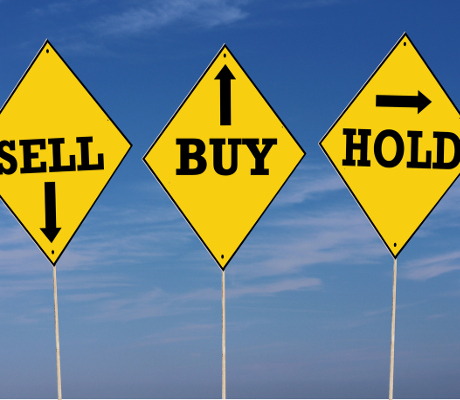 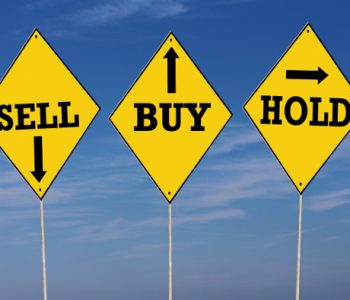 Ronald Read was known as a friendly man around Brattleboro, Vermont. But he also had a hidden talent for investing in the stock market.

Read was born in 1921. After serving in World War II, he worked at his brother’s gas station for 25 years. Rather than retiring, Read worked as a janitor at J C Penney Company Inc (NYSE:JCP) until 1997. (Source: “Route to an $8 Million Portfolio Started With Frugal Living,” The Wall Street Journal, March 19, 2015.)

The man was incredibly frugal. Read drove around town in an old “Toyota Yaris.” Friends say he often held his coat together with safety pins. The only hint of his wealthy status was a subscription to The Wall Street Journal.

When Read passed away in 2014, his estate was worth $8.0 million. The whole town was shocked. No one, not even his closest relatives, knew he was a secret millionaire.

How did he do it? Read’s portfolio was a Who’s Who of blue-chip stocks, including Colgate-Palmolive Company (NYSE:CL), Wells Fargo & Co (NYSE:WFC), and Procter & Gamble Co (NYSE:PG). Over decades, his strategy was simple: buy shares of great American companies and hold on for the long haul.

Of course, Ronald Read is an exceptional case.

Few of us will build a nearly eight-figure fortune. I certainly couldn’t live so thriftily. Read’s story, though, is a textbook example of how ordinary people get rich in the stock market.

No options, no day trading, no penny stocks. Case after case shows the real way most of the country’s millionaires build wealth: buy shares of great American companies and hold on for the long haul.

Take Anne Scheiber, for instance. In the 1920s, the IRS hired Scheiber as an auditor. She never earned a lavish salary. Scheiber often wore the same coat for years to save money and lived most of her life in a small, rent-controlled apartment. (Source: “ABOUT NEW YORK;A Quiet Auditor Leaves Yeshiva a Fortune,” The New York Times, December 2, 1995.)

Scheiber’s job, however, gave her an inside peek into how the rich managed their wealth. The top one percent, it seemed, all owned shares of profitable enterprises. If she ever wanted to make real money, Scheiber knew she needed to become a shareholder too.

In 1932, at the age of 38, Scheiber gave all of her savings to a stock broker on Wall Street. He promptly lost the entire stake. The combination of bad timing and speculative investments wiped her out.

But Scheiber wouldn’t give up. In 1942, at the age of 50, she saved up another $5,000. This time, though, she would rely on herself, despite the chuckles from friends and family.

Scheiber studied the statements of dozens of companies. She built up positions in some of America’s most dependable dividend stocks. Her portfolio included names of the country’s top businesses like Fiat Chrysler Automobiles NV (NYSE:FCAU), PepsiCo, Inc. (NYSE:PEP), and The Coca-Cola Co (NYSE:KO).

Scheiber reportedly never sold a share. She hated paying commissions and kept her purse strings tighter than a pit bull with lockjaw around brokers. As the dividend checks rolled in, she would reinvest the proceeds to buy more shares.

When Scheiber passed away in 1995, her family was shocked. The estate was worth $22.0 million, most of which was donated to a local university. Her secret? Once again, buy shares of great American companies and hold on for the long haul.

In 1931, Abbot Laboratories hired Gronner as a secretary, where she earned a modest salary. For most of her life, she lived in a small one-bedroom cottage in Lake Forest, Illinois.

To make ends meet, Gronner never owned a car and bought her clothes at rummage sales. She enjoyed the company of her friends who liked her for who she was and not for what she had. (Source: “How a Secretary Made and Gave Away $7 Million,” The Wall Street Journal, March 10, 2010.)

A few years after being hired, Gronner bought three shares of her employer’s stock for $60.00 each. Even after repeated stock splits, she never sold. Gronner reinvested any dividends paid out, compounding her profits over decades.

Over time, she became one of Abbot Labs’ largest individual investors. When Gronner passed away in 2010, she owned over 100,000 shares, valued at over $7.0 million. Her secret? Buy shares of great American companies and hold on for the long haul.

I didn’t pick every example from the newspaper archives.

Over the years, I’ve been fortunate to meet a number of hidden millionaires. Their stories, in contrast to the get-rich-quick reports on TV, are mostly the same.

My grandfather, for instance, was a retired school teacher who drove around town in an old Lincoln Continental. Decades ago, he bought a few thousand dollars worth of some blue-chip stocks. During a rare glance at his brokerage statements, he commented, “That’s disappointing. My shares are only worth $8,000.”

I did a double take. The stock market has had its ups and downs, but business wasn’t that bad. Something didn’t add up.

Turned out he had 8,000 “shares,” not dollars. We calculated that his investments were worth somewhere around $500,000, not including the dividend checks he had received over the years. His secret? You guessed it: buy shares of great American companies and hold on for the long haul.

What America’s Hidden Millionaires Can Teach Us

In my experience, it’s not the hot new startup or exciting biotech stocks that make investors the most money. Rather, the boring businesses that you probably patronize every day are the foundations of real wealth.

No need for swing trading or Fibonacci retracements. As the country’s hidden millionaires have taught us, building wealth is pretty simple: buy great American companies, stick the certificates in a drawer, and collect the dividend checks forever.