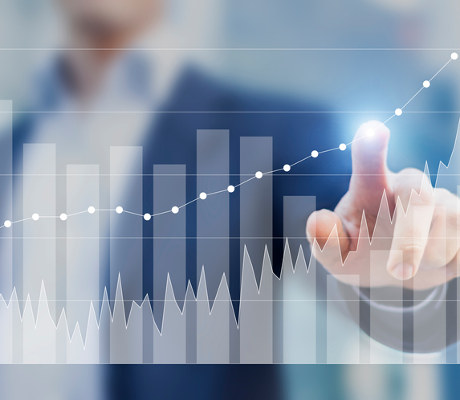 7 Enticing Dividend Stocks That Got Tripped by Trump 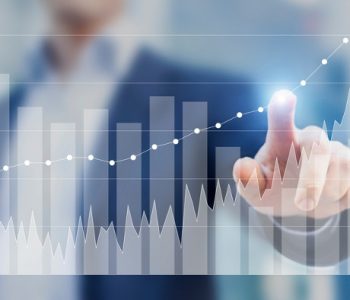 Dividend Stocks Worth Looking At

There’s really nothing better than finding solid dividend stocks on the cheap.

The stability offered by a stable income stream, coupled with attractive upside stemming from a low stock price, can provide investors with an extremely rare mix of safety and growth. But the problem is that these opportunities are few and far between. Why?

Luckily for readers, monitoring the market for attractive dividend opportunities is all we do here at Income Investors. And you better believe we took notice when the retail sector plunged on Friday, taking down several interesting dividend stocks in the process.

Driving the retail plunge was a combination of a lower-than-expected GDP number and concerns over President Trump’s aggressive proposed trade policies. Specifically, investors are starting to worry that a possible Mexico border tax will drive up the cost of imported merchandise and put heavy pressure on margins.

Of course, if Trump and Mexican President Pena Nieto can figure out a way to not hammer the $584.0 billion in trade between the two border nations, the wounded retail sector might be offering investors with some attractive income opportunities.

With that in mind, let’s take a look at seven dividend retail stocks that look particularly intriguing. As always, none of the companies on this list should be considered formal recommendations, but rather as suggestions for further research.

Guess?, Inc. (NYSE:GES) stock fell 2.5% on Friday and is now down a depressing 30% over the past year. The one-time fashion icon has been struggling to stay relevant in an increasingly intense fashion space, and its fundamentals are suffering because of it.

In Guess’ most recent quarter, revenue ticked up a paltry 2.9%, while operating margin at its Americas Retail segment sank to -4.9% from -0.9% in the year-ago period. Talk about feeling the pressure. (Source: “Guess?, Inc. Reports Third Quarter Results,” Guess?, Inc., November 30, 2016.)

On the bright side, GES stock’s dividend now yields a mouth-watering 7.3%. And if Victor Herrero, who replaced founder Paul Marciano as chief executive officer in 2015, can successfully turn things around over the long run, the appreciation potential seems just as fabulous. With Guess’ balance sheet still in relatively good shape, the dividend stock might have relatively little downside as well.

“I am thrilled that we are coming to the end of our transition year, the year that we built a strong infrastructure in Europe and in Asia and the year that we launch the four initiatives to improve profitability in North America,” Herrero said in the fourth-quarter conference call with analysts. “This is preciously why I am very excited about the coming fiscal year.” (Source: “Guess? (GES) CEO Victor Herrero on Q3 2017 Results – Earnings Call Transcript,” Seeking Alpha, November 30, 2016.)

Gap Inc (NYSE:GPS) stock was hit especially hard amid the Trump trade fears, falling by more than five percent on Friday. Much like rival Guess, Gap has experienced deteriorating financials over the past few years amid fickle consumer spending and fashion trends.

On the other hand, Gap stock’s fundamentals certainly seem to be bottoming out. Merchandise margins are improving, while the company’s holiday sales solidly beat expectations. If management’s turnaround initiatives centered on online and global growth continue to hold, Gap stock’s dividend yield of 4.1% seems like a no-brainer.

Amid the growth and success of online retailing gorilla Amazon.com, Inc. (NASDAQ:AMZN), Macy’s said in August that it would close 100 of its stores nationwide. Management said it wants to focus on its best-performing locations and online businesses, but it will come at a cost: the loss of about $1.0 billion in sales, even after factoring in spillover sales online.

The good news here is that the company’s e-commerce sites are, indeed, performing remarkably well. Over the holiday season, both Macy’s and Bloomingdale’s online stores posted double-digit revenue growth. So if Macy’s online efforts continue to gain traction while management stabilizes cash flow with ongoing store closures and cost cuts, M stock’s dividend yield of 5.2% might be worth going after.

Much like fellow department store Macy’s, Nordstrom, Inc. (NYSE:JWN) has been feeling intense competitive pressure of late. JWN stock fell 3.4% on Friday and is now down more than 20% over the past two months alone.

Much of that decline came in December after a JPMorgan Chase & Co (NYSE:JPM) analyst downgraded the stock from “Neutral” to “Underweight” on historically poor traffic trends at the company’s brick-and-mortar stores. And in January, it was Stifel Financial Corp‘s (NYSE:SF) turn to flip bearish, downgrading JWN stock from “Buy” to “Hold,” as well as lowering its price target from $62.00 to $40.00.

On the positive side, consumer sentiment is definitely improving, along with the overall operating environment for department stores. Furthermore, Nordstrom’s unique qualities among large department chains—including greater production differentiation, a managed store count, and minimal reliance on promotions—offer shareholders relatively healthy cash flow. At a dividend yield of 3.5%, JWN stock is definitely worth looking into.

Target Corporation (NYSE:TGT) stock wasn’t hit as hard as many of its retail counterparts on Friday, falling just 0.7%. But TGT stock is worth noting because the trade concerns did manage to push it down to 52-week lows and is now off about 12% over the past month alone.

Not even the low-cost retail king was immune to Friday’s drop. Wal-Mart Stores Inc (NYSE:WMT) slipped 1.6% on heavy volume and is now off about 10% over the past six months. Consistent same-store sales increases and double-digit e-commerce growth drove WMT stock to solid gains over the first half of 2016, but the enthusiasm has faded.

Of course, we’re talking about Walmart here, and its streak of 43 consecutive dividend increases isn’t exactly in jeopardy. Trailing-12-month operating cash flow stands at $32.0 billion, versus cash dividend payments of just $6.25 billion. With a dividend yield of 3.1%, WMT might be one of those classic dividend stocks worth accumulating.

Finally, we have Costco Wholesale Corporation (NASDAQ:COST) stock, which declined 1.2% on Friday. Unlike most of the other bruised retailers on our list, COST stock has performed solidly as of late, up more than eight percent over the past three months. As is often the case with COST stock, the fundamentals seem to be fully supporting the move.

The problem for investors now is COST stock’s lofty-ish forward price-to-earnings ratio of 27. But given Costco’s membership fee model and high-quality customer base, its highly recurring cash flow and stable dividend might be worth paying up for. Over the past 10 years, Costco’s free cash flow has grown at an average rate of about 15%.

The Bottom Line on Retail Plays

And there you have it, my fellow income investors: seven dividend stocks in the retail sector that showed weakness last week. Only time will tell if Trump’s trade proposals will have a real impact on the top and bottom lines of these companies, but they’re certainly worth monitoring.

While many of the stocks on the list certainly have warts, signs of improving consumer sentiment should serve as a key tailwind for better operating performance going forward.

In other words, keep a close eye on the sector.