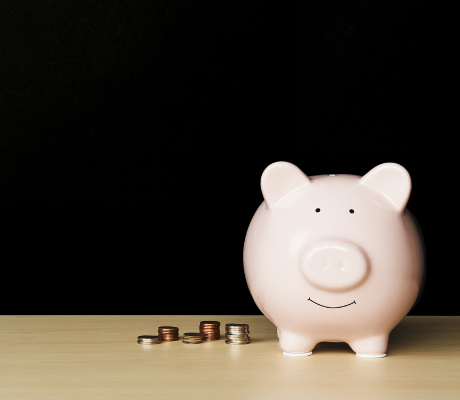 7 Dividend Increases to Expect This April 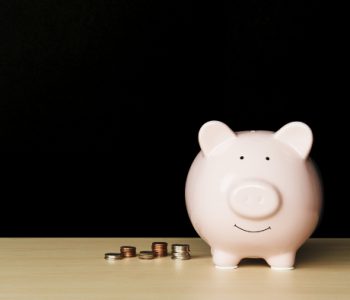 One of the few things that’s better than a steady stream of income is a steadily increasing stream of income. That’s why in this article, we are going to take a look at seven expected dividend increases in April 2017.

Dividends used to play a bigger role for investors than they do today. The historical average dividend yield for S&P 500 companies was 4.38%. Today, the average yield of the index is 1.94%, which is less than half of the historical average. (Source: “S&P 500 Dividend Yield,” Multpl.com, last accessed March 29, 2017.)

But let’s be honest; when you hear stories of someone making double- or even triple-digit gains by trading the hottest tech stocks, who cares about a few percent of dividend yield?

Still, the buy-and-hold strategy could be rewarding. Some of the best dividend stocks have been raising their payout for decades. There are also companies paying special dividends. Companies with increasing dividends not only provide investors with inflation-proof income, but also allow investors to use the power of compounding to further boost their portfolio returns if they choose to reinvest those dividends.

So, we know how great it is to have a portfolio of stocks with rising dividends. Here is a list of companies that I believe have a good chance of raising their payout in April 2017.

For decades, Procter & Gamble Co (NYSE:PG) has been an income investor favorite. The company has one of the longest track records of paying dividends. Procter & Gamble has been paying uninterrupted dividends since its incorporation in 1890 and has increased its payout in each of the past 60 years. Among the thousands of companies trading in the U.S. stock market, only 19 of them have increased dividends for 50 consecutive years or more.

One of the reasons behind Procter & Gamble’s solid dividend history is its entrenched position in the consumer staples business. The company has 22 brands that generate more than $1.0 billion in annual sales each, such as “Crest,” “Bounty,” and “Tide.” These are products that people need rather than want. Since consumers need to use toothpaste, paper towels, and laundry detergent no matter how the economy is doing, Procter & Gamble is essentially in a recession-proof business. This allows the company to provide similarly recession-proof dividends to income investors.

Procter & Gamble usually reviews its dividend policy once a year in April. In the most recent quarter, the company delivered growth in both organic revenue and core earnings per share (EPS). Based on previous patterns, I expect the company to announce its 61st consecutive dividend increase this month.

As a consumer, you might not have used International Business Machines Corp.’s (NYSE:IBM) products that much, since the company sold its personal computer business to Lenovo in 2005. But for income investors, IBM stock could still be worth owning.

Known as “Big Blue,” IBM is a multinational technology company with operations in over 170 countries. With over 100 years of operating history, IBM is far from being the hottest ticker in today’s tech sector. But what makes IBM stock stand out is its dividend history. The company started paying quarterly dividends in 1916 and has never missed a payment. Moreover, IBM has increased its quarterly dividend rate for 21 years in a row.

Even though the company is more than a century old, it has found new sources of growth. In the fourth quarter of 2016, IBM’s cloud revenue increased 33% year-over-year. For full-year 2016, revenue from the company’s strategic imperatives increased 13%. (Source: “IBM Reports 2016 Fourth-Quarter and Full-Year Results,” International Business Machines Corp., January 19, 2017.)

Right now, IBM stock yields a decent 3.22%. I expect the company to announce a dividend increase sometime in late April.

Water utilities may seem like a boring business, but growth at American Water Works is not short of impressive. In the last five years, the company’s operating revenue has increased at a compound annual growth rate (CAGR) of 4.6%. The bottom line was even better, as adjusted EPS grew at a CAGR of 10.5% over this period.

Going forward, the company expects to generate long-term EPS growth of between seven percent and 10%. With the yearly dividend policy review coming up, American Water Works should have no problem announcing another dividend increase this month.

Wells Fargo & Co (NYSE:WFC) is the third-largest bank in the U.S. It has more than $1.9 trillion in assets and serves one in three households in the country.

With over 160 years of operating history, Wells Fargo is well-established in the retail banking industry. It has more than 8,600 banking locations, 13,000 ATMs, and offices in 42 countries and territories around the world. Retail banking may not be as exciting as companies that are working on “the next big thing” in technology, but Wells Fargo’s entrenched position in retail banking means it’s essentially running a profit machine. It’s extremely difficult to build an equally impressive branch network and convince customers to switch. That’s why many tried to enter the business in the past century, but very few succeeded.

Note that Wells Fargo has been growing its portfolio. Both total average loans and total average deposits grew six percent year-over-year in the most recent quarter. For a company that makes money by lending it out at higher rates than it borrows at, growing loans and deposits could translate to higher revenue and profit in the future.

Wells Fargo is also a dividend-paying company. Its most recent dividend hike was announced in April 2016. Investors can expect another dividend increase from WFC stock later this month.

Costco Wholesale Corporation (NASDAQ:COST) is the largest membership-only retailer in the U.S. The company operates 728 warehouses in North America, Europe, Asia, and Australia.

Compared to other retailer stocks, Costco may not look that attractive from a yield perspective. Paying $0.45 per share on a quarterly basis, the company has an annual dividend yield of just 1.08%.

However, the company’s ability to raise its payout is more than impressive. Costco started paying dividends in 2004; since then, it has increased its payout every year by at least 10%.

Costco has also been growing its business. In its most recent fiscal quarter ended February 12, 2017, net sales increased six percent year-over-year to $29.13 billion. This was driven by a three-percent increase in comparable store sales in the U.S. and an eight-percent increase in Canada. Note that the company earned a net income of $1.17 per share for the quarter, so with $0.45 of quarterly dividends per share, Costco had a payout ratio of just 38.5%. (Source: “Costco Wholesale Corporation Reports Second Quarter and Year-to-Date Operating Results for Fiscal Year 2017, February Sales Results, and Plans for Membership Fee Increase,” Costco Wholesale Corporation, March 2, 2017.)

Costco was also one of the stocks paying special dividends, having paid two special cash dividends since 2012. With a growing business and a low payout ratio, I expect Costco to announce another sizable dividend increase in April.

Southern Co (NYSE:SO) is a gas and electric utility company headquartered in Atlanta, Georgia. The company serves nine-million customers. It has 46,000 megawatts of generating capacity and 1,500-billion cubic feet of combined natural gas use and output.

Southern Co has been paying continuous dividends for 68 years and has raised its payout every year since 2002. Right now, the company has a quarterly dividend rate of $0.56 per share, translating to a handsome annual yield of 4.48%.

When it comes to dividend increase forecast, note that Southern Co paid $2.22 of dividends per share in 2016, so it had a payout ratio of 77%. While the number is not exactly low, it’s not unusually high for a utility company. Therefore, investors of Southern Co could see a small dividend increase when the company reviews its dividend policy this month.

Regular readers of this column would know that I am a big fan of master limited partnerships (MLPs). These partnerships are required by law to distribute most of their cash to investors. And as a result, investors of solid MLPs can look forward to regular dividend increase announcements.

These midstream assets are like energy toll roads, giving Enterprise Products Partners the ability to keep rewarding investors even when commodity prices are in the doldrums. Many companies boast how they increase their dividends every year, but EPD managed to raise its distribution every quarter for 50 consecutive quarters. Given its rock-solid operations, this MLP should be able to reward unitholders with another distribution hike in April.