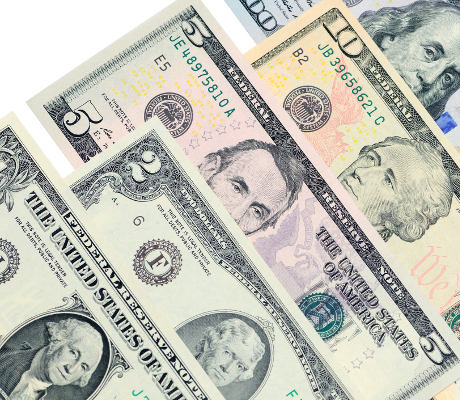 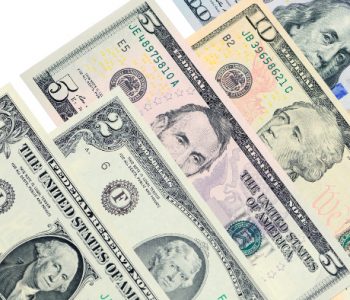 Why do companies pay a special dividend?

If the company decides to raise its regular dividend rate, on the other hand, the implication is that it will keep paying at least this rate going forward. That’s why when there is a period of exceptionally good results, companies usually prefer paying special dividends to raising their regular dividend rate.

But of course, there are other ways to return capital to shareholders. One of the most popular methods is stock buybacks. Because companies are often allowed to pursue their share repurchase programs at their own pace, buybacks offer a more flexible way of returning cash to shareholders than paying dividends. However, unlike dividends, investors don’t get a check when companies repurchase their shares.

Still, there are plenty of companies that are willing to use special dividends as a tool to return some extra cash to shareholders. The two most recent special dividend announcements in 2017 are Mueller Industries, Inc. (NYSE:MLI) and Texas Pacific Land Trust (NYSE:TPL).

Note that other than providing investors with extra cash, one-time dividends could also boost a company’s stock price when they are announced. This is because special dividends are often not anticipated by the market. When investors realize that the stock is going to pay more than what it normally does, even if just one time, they could reward the stock with a higher price tag. Regular dividends, on the other hand, are already priced in. That’s why when companies declare regular dividends, their stock price tend to stay the same unless they change the dividend rate.

Apple Inc. (NASDAQ:AAPL) stock made a huge comeback last year. Despite being the largest company in the world by market cap, Apple stock surged more than 40% in the past 12 months.

The Cupertino, California-based tech giant also pays dividends. Apple stock currently pays $0.57 per share on a quarterly basis, translating to an annual dividend yield of 1.66%. Since the company reinstated its dividend in 2012, its quarterly payout has increased 50%.

One of the main reasons behind Apple stock’s comeback is the growth in its financials. Revenue in the December 2016 quarter grew three percent year-over-year to a new all-time record of $78.4 billion. Earnings came in at $3.36 per share, also reaching a new all-time quarterly record. (Source: “Apple Reports Record First Quarter Results,” Apple Inc., January 31, 2017.)

Apple also has a huge pile of cash, which has grown to a staggering $246.09 billion. Even though most of that money is stored overseas, President Trump’s cash repatriation plan could result in a much lower tax rate when companies bring back their coin from overseas. 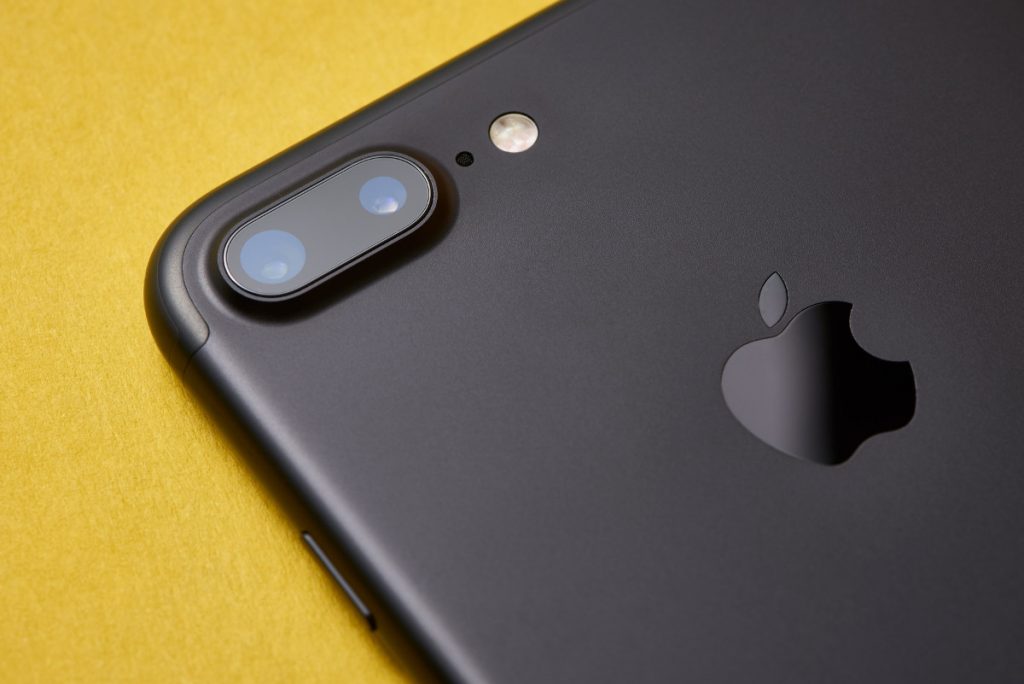 As a hardware device maker, Apple has to invest quite a bit for the future. The company has many projects going on, and some of them could be capital-intensive. With great earnings and a huge amount of cash, Apple should have no problem raising its regular dividend this year. But due to the nature of its business, it probably won’t raise it too much. Instead, it might issue a special dividend or boost its share repurchase plan.

Ford Motor Company (NYSE:F) stock already pays handsome dividends. With a quarterly payout of $0.15 per share, Ford stock is yielding 4.79%, which is more than double the average yield of all S&P 500 companies.

Of course, one of the reasons why Ford stock is yielding so much is the company’s subdued stock price. In the past 12 months, a period of impressive gains for all three major U.S. stock indices, Ford stock returned less than 0.2%. And that has something to do with the nature of the industry.

Auto sales are highly cyclical, which means automakers like Ford are running cyclical businesses as well. Economic growth has been rather strong in recent years, with auto sales shooting through the roof in 2015 and 2016. But if the economy slows down, automakers could see their business slow down as well.

The cyclical nature of the business also means that when things are going well, there could be a special dividend. Indeed, Ford stock rewarded investors with two special dividends in the past two years: $0.25 per share paid last year and $0.05 per share this year.

In January 2017, retail sales at Ford increased six percent, but total sales slipped one percent. It’s too early to say how the rest of the year is going to be for the Dearborn, Michigan-based automaker. But if things turn out to be just as good as last year, Ford might be able to pay a special dividend next year.

The company has built a recurring business model, which means it can return some value to shareholders through dividends. Right now, Microsoft pays $0.39 per share on a quarterly basis, translating to an annual yield of 2.44%.

Due to the fast-changing nature of the tech industry, companies often have to reinvest a sizable part of their earnings. That’s one of the reasons why many of them—including Microsoft—use stock buybacks to return value to shareholders. 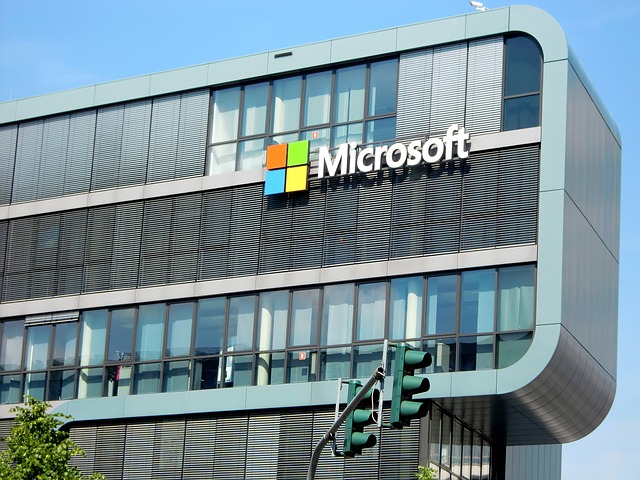 Paying special dividends is another way to return cash to investors, and Microsoft is no stranger to this method. In 2004, the company paid a one-time special dividend of $3.00 per share, totaling a whopping $32.0 billion. (Source: “Microsoft to Dole Out Its Cash Hoard,” The Wall Street Journal, July 21, 2004.)

With a solid business and a huge cash pile, Microsoft is another tech stock with the potential to issue special dividends.

With quite a bit of excess capital, the bank has been buying back its shares. But due to the rise in JPM stock’s price, a special dividend could be on the way as well.

In December, JPMorgan Chief Executive Officer Jamie Dimon said that if the stock gets expensive compared to its intrinsic value, he would prefer paying out capital to shareholders rather than buying back the company’s stock. (Source: “JPMorgan CEO says bank may look to pay special dividend,” Reuters, December 6, 2016.)

In the past 12 months, JPMorgan’s stock price has surged nearly 60%.

With an annual dividend yield of 1.01%, Costco stock is not really a high-yielding name. What’s more impressive, though, is the company’s track record of raising its payout. Since Costco started paying dividends in 2004, it has raised its quarterly dividend rate every year by at least 10%. (Source: “Splits and Dividends,” Costco Wholesale Corporation, last accessed February 28, 2017.)

Even though retailers have been facing some headwinds, Costco is still growing its business. In the most recent quarter, the company’s net sales increased three percent year-over-year, while net income grew a more impressive 13.5%. Note that the $0.45 per share of dividends declared for the quarter was only 36% of Costco’s diluted earnings per share. (Source: “Costco Wholesale Corporation Reports First Quarter Fiscal Year 2017 Operating Results,” Costco Wholesale Corporation, December 7, 2016.) 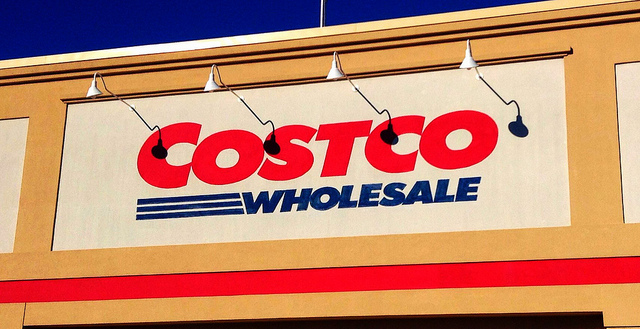 Costco stock has also rewarded shareholders with two special cash dividends since 2012. Given the growth in its business and the low payout ratio, the company should be able to keep raising its dividend rate, and may even announce another special dividend down the road.

The company recently increased its quarterly dividend rate by 5.6% to $0.57 per share. At the current price, T. Rowe Price is yielding a decent 3.2%.

Note that T.Rowe Price remains debt-free, with more than enough liquidity. Its cash and discretionary sponsored portfolio investment holdings totaled $1.9 billion at the end of 2016. Two years ago, the company paid a special dividend of $2.00 per share, and 2017 could be another year in which T. Rowe Price rewards shareholder with a special dividend.

Lloyds Banking Group PLC (NYSE:LYG) is a British financial institution headquartered in London. The company was formed through the acquisition of HBOS plc by Lloyds TSB in 2009. The bank serves millions of customers in the U.K. with a focus on retail and commercial banking. Lloyds stock is also listed on the New York Stock Exchange as an American depository receipt (ADR) so American investors can buy it just as they would with a U.S. company.

Lloyds differentiates itself from the competitors with its cost discipline and-low risk business model. In 2016, the company reduced its operating costs by three percent and has a market-leading cost-to-income ratio of 48.7%. Its goal is to lower the cost-to-income ratio to 45% in 2019 with reductions every year. (Source: “2016 Results,” Lloyds Banking Group PLC, last accessed February 28, 2017.)

Like many British dividend stocks, Lloyds pays dividend twice a year: an interim dividend and a final dividend. Right now, the company has an annual dividend yield of 3.78%. But due to its solid performance and strong balance sheet, Lloyds has announced a special dividend of £0.50 per share on top of its regular dividend, which will be paid on May 16 of 2017. If the company’s financial performance keeps improving, I wouldn’t be surprised if it increases its regular dividend rate or announce another extra dividend in the year ahead.