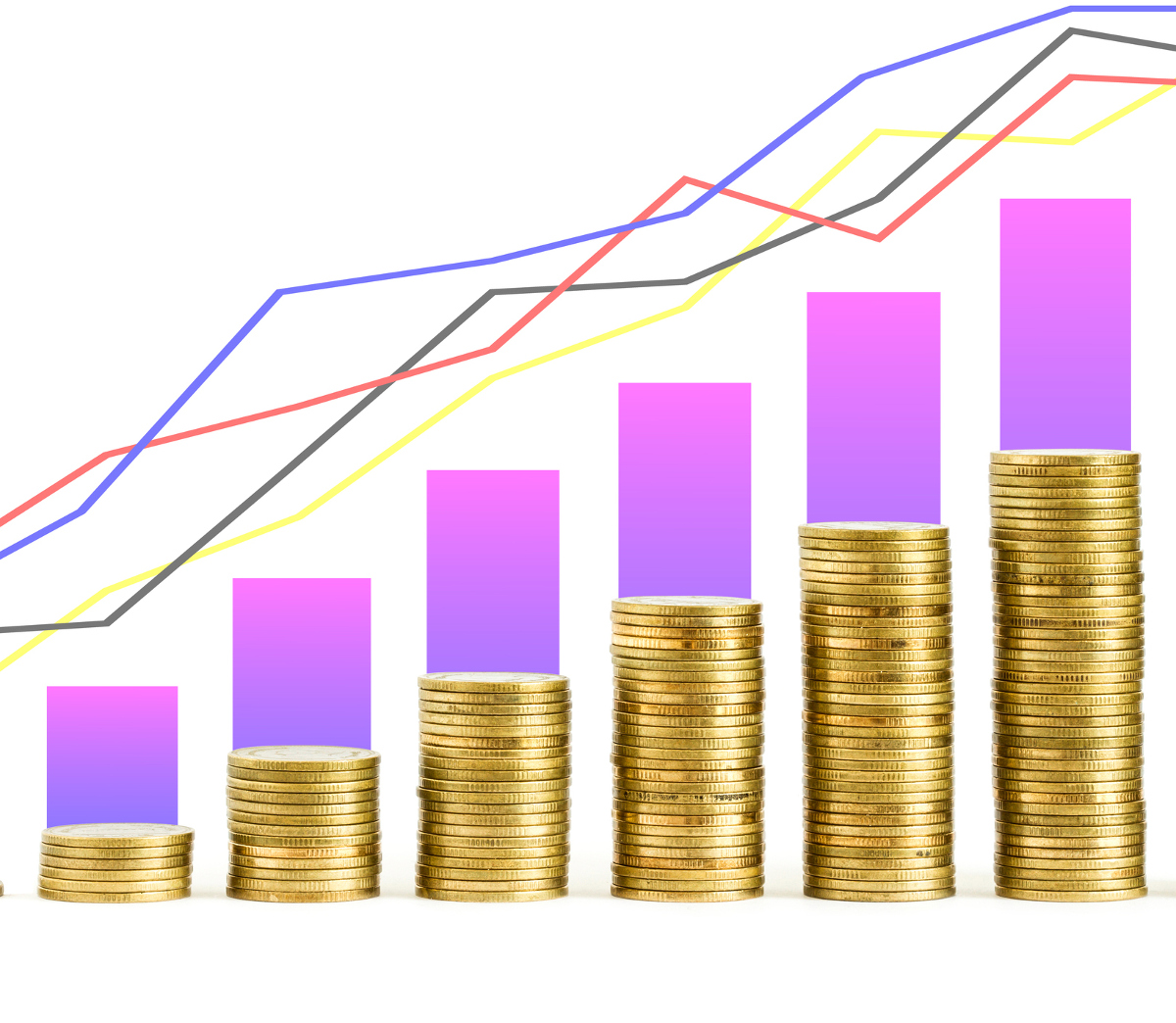 7 Best Growth and Income Stocks for 2017 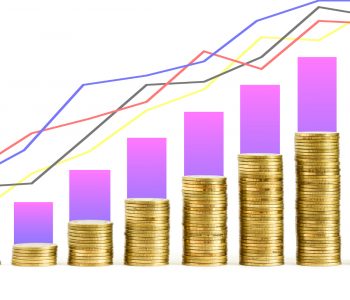 In today’s market, investors typically have to choose between two sets of stocks: those that pay steady dividends and those that offer growth potential. However, being an income investor doesn’t mean you have to miss out on growth. There are plenty of companies poised to offer investors the best of both worlds. In this article, we are going to take a look at the top seven growth and income stocks for 2017.

Most often, investors find the fastest-growing companies in the tech sector. Some of them have already established their business and are market leaders. However, due to the fast-changing nature of the industry and the heavy investments required to expand their operations, a lot of them haven’t really started paying dividends. In this list of top growth and income stocks, we are going to focus exclusively on dividend-paying stocks.

Dividends are known to be sticky. If a company started paying a dividend, the implication is that it will keep paying at least this amount going forward. To be able to do that, the company needs a recurring business. As you will see in the list of best stocks for income and growth below, all these companies have successfully established a recurring business.

Where does growth come from? Well, just like the way we determine the best dividend stocks, the best income stocks offering steady growth need to have a durable competitive advantage, talented management, and the willingness to return value to shareholders. Moreover, they need to be in the right industry.

You see, an often-ignored factor when finding growth and income stocks is industry trends. Sometimes you have a great business, but because it is in a declining industry, the company won’t be able to produce much growth, no matter how efficient it runs or how impressive its dividend growth history is. On the other hand, if a company can get some tailwinds from demographic trends or other macroeconomic catalysts, it might be able to grow its business without having to spend too much effort.

Without further ado, let’s take a look at the best growth and income stocks for 2017.

Microsoft Corporation (NASDAQ:MSFT) is a classic example of how “first mover” advantage can turn into a long-term profit stream. By capturing the desktop operating system marketplace relatively early, the company managed to generate a recurring business and fend off some very strong competitors. As of May 2017, Microsoft has a whopping 90.2% share of the desktop operating system market. (Source: “Desktop Operating System Market Share,” NetMarketShare.com, last accessed June 21, 2017.)

The company has also been paying a steadily stream of dividends. Since its first quarterly dividend of $0.08 per share paid in 2004 to today’s $0.39, MSFT stock’s quarterly dividend rate has increased 387.5%. (Source: “Dividends and Stock History,” Microsoft Corporation, last accessed June 21, 2017.)

In the most recent quarter, Microsoft delivered double-digit revenue growth in both its Intelligent Cloud segment and Productivity and Business Processes segment. With these two growth drivers, Microsoft should be able to keep expanding its already impressive presence in the tech world.

Boeing Co (NYSE:BA) is known for making commercial airplanes like its latest “787 Dreamliner.” But the company is also the world’s second-largest defense contractor. It designs, manufactures, and sells airplanes, rotorcraft, rockets, and satellites worldwide.

The company also pays solid dividends. Last year, Boeing raised its quarterly dividend rate by 30% to $1.42 per share. At the current price, BA stock yields a decent 2.85%. In the last five years, Boeing’s quarterly payout has more than tripled. It is named one of our top dividend growth stocks for 2017. (Source: “Stock Information,” Boeing Co, last accessed June 21, 2017.)

On the growth front, Boeing has secured demand for its future production. Thanks to net orders of $27.0 billion for the first quarter, the company’s total backlog has increased to $480.0 billion at quarter-end. (Source: “Boeing Reports First-Quarter Results and Raises EPS Guidance,” Boeing Co, April 26, 2017.) 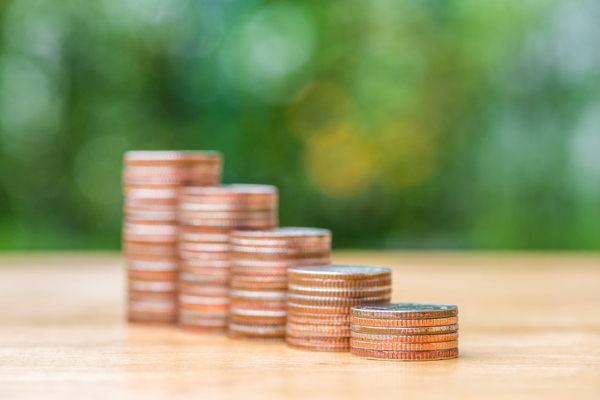 If you think that a legacy tech company can’t be on the list of long-term growth stocks, think again. Intel Corporation (NASDAQ:INTC) is nearly 50 years old, but is still delivering record results.

Intel built its business by making microprocessors for personal computers. Today, it is a multinational technology company. In 2016, the company generated a record $59.4 billion in revenue, representing a seven percent increase from 2015. In the first quarter of this year, Intel’s revenue increased another eight percent year-over-year to a first-quarter record $14.8 billion. (Source: “Intel Reports Record First Quarter Revenue of $14.8 billion,” Intel Corporation, April 27, 2017.)

Note that other than supplying chips to personal computer manufactures, Intel’s processors are also found in servers and all kinds of connected devices. With cloud computing and the Internet of Things entering main stage, Intel’s business could keep growing.

Intel is also a dividend-paying stock. The company is currently yielding 3.15%.

Income investors are well familiar with real estate investment trusts (REITs). They allow investors to collect rental income without dealing with the hassle of being a landlord. Moreover, some of them, such as Realty Income Corp (NYSE:O), also have solid growth potential.

The company operates a diversified portfolio that consists of over 4,900 properties located in 49 states and Puerto Rico. They are leased to 250 commercial tenants coming from 47 different industries.

The company secures its cash flow by executing long-term net leases. In these lease agreements, there are often specified terms on yearly rent increases. This ensures that Realty Income can collect inflation-proof rental income and reward shareholders with a growing stream of dividends. If the company decides to acquire more properties, it can easily grow its business further.

Johnson & Johnson (NYSE:JNJ) is a well-known name in our best income stocks for 2017 list. And despite being a century-old name, the company does offer solid growth prospects.

Johnson & Johnson is a healthcare giant. The company operates through three segments: Consumer, Pharmaceutical, and Medical Devices. It is known for providing recession-proof dividends for income investors. Because while new car sales might take a hit in a recession, when people need “Tylenol” or “Band-Aids”–two of JNJ’s brands–they are still going to get it.

In fact, Johnson & Johnson has not only paid recession-proof dividends, but has actually raised its payout through thick and thin. The company has raised its quarterly dividend rate every year for the past 55 years. At its current quarterly dividend rate of $0.84 per share, JNJ stock is yielding 2.49%. (Source: “Dividend History,” Johnson & Johnson, last accessed June 21, 2017.)

The company’s products are sold throughout the world. Its established presence, combined with population growth and aging demographics, means the best could be yet to come. Johnson & Johnson recently raised its full year sales guidance to $75.4 billion to $76.1 billion and full-year earnings guidance to $7.00 to $7.15 per share. (Source: “Johnson & Johnson Reports 2017 First Quarter Results,” Johnson & Johnson, April 18, 2017.)

Welltower Inc (NYSE:HCN) is another REIT that made it onto list of top growth and income stocks. The company specializes in health care properties. In particular, Welltower invests in senior housing, post-acute care, and outpatient medical facilities located in major, high-growth markets in the U.S., Canada, and the U.K.

Just like Johnson & Johnson, Welltower benefits from the recession-proof nature of the healthcare industry. The demand for hospital care is relatively inelastic to how the overall economy is doing. And according to the U.S. Census Bureau, the number of Americans aged 65 and over is expected to double by 2050. With more baby boomers entering their golden years, the demand for senior housing facilities could get a substantial boost. And that would be a huge growth driver for Welltower. (Source: “An Aging Nation: The Older Population in the United States,” U.S. Census Bureau, May 2014.)

To round off the list of top growth and income stocks for 2017 is Wells Fargo & Co (NYSE:WFC), a major player in the banking industry. Founded in 1852, Wells Fargo is a community-based financial services company headquartered in San Francisco. With $2.0 trillion in assets, it is the third-largest bank in the U.S.

On the income front, Wells Fargo has a rock-solid business to support its dividend payments. It is deeply entrenched in the retail banking industry, with 8,500 branches and 13,000 ATMs, and currently serves one in three households in the U.S. To become Wells Fargo’s competitor, you would need a huge amount of capital to build an equally large branch chain network and convince millions of customers to switch. That’s why the company has been around for well over a century and is still making money hand over fist.