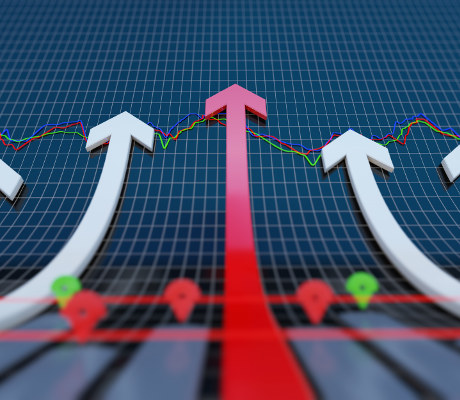 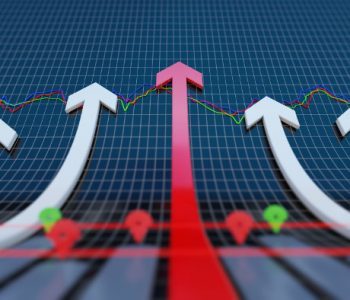 This season of Black Mirror is terrible.

On Friday, El Presidente Donald Trump issued an order to bar travelers from a number of Islamic countries from entering the United States. Protestors took over airport terminals across the country to contest the measure, part of a growing bipartisan backlash. This came a few days after millions took to the streets to protest the inauguration.

And we’re only 10 days into the Presidency.

Regardless of your political views, Donald Trump will be the story in February. Investors are adjusting to his “unorthodox” methods. One late-night tirade can destroy billions in market value by the next morning.

How can you trade it? Don’t. As regular readers know, I advocate for owning wonderful businesses over decades. Unexpected tweets from the President is just something we have to get used to.

That said, it’s not something we can ignore, either. Trump hasn’t hesitated to exercise his powers to reshape the business landscape overnight. Sure, politicians rank above lawyers and just below ax murderers in my books, but Washington, unfortunately, is a city we’ll have to keep a close eye on next month.

With that preamble aside, here are the five top dividend stocks to watch in February.

President Trump promised to cut through the red tape in Washington, and he has already picked his first industry to help: pipelines.

The Keystone, however, is still far from a sure thing. U.S. refineries have been favoring light sweet crude from the American shale boom, in contrast to the heavy sour blend coming from Canada. Trump’s insistence the pipeline be made with American steel could also make the project uneconomical.

Regardless, TransCanada reports earnings in the middle of the month. Investors will be eager to hear the latest commentary on the project. More specifically, they want to know what it will mean for the company’s earnings–and its dividend outlook.

The Keystone XL could be good news for other energy dividend stocks, like Suncor Energy Inc. (NYSE:SU), Imperial Oil Limited (NYSEMKT:IMO), and Canadian Natural Resources Limited (NYSE:CNQ). Because of a lack of pipeline capacity, Albertan crude trades at a discount to American blends. More export routes could close that gap and improve oil sand profits.

There are 69-billion reasons to own this dividend stock, but unfortunately they’re all overseas.

Cisco Systems, Inc. is sitting on nearly $70.0 billion in cash. The problem is most of this pile is locked away abroad. If the company were to bring this money stateside, it would have to pay a 35% levy to the IRS.

That problem might be about to change, however. On the campaign trail, Trump proposed a tax holiday for American firms to repatriate their overseas cash. He floated the idea of a one-time 10% tax on any funds returned to the United States. (Source: “Wall Street likes Trump’s repatriation holiday idea,” CNBC, August 2, 2016.)

Such a move would be a windfall for Cisco shareholders. The company could save over $15.0 billion in taxes, representing nearly 10% of the stock’s current market value. Executives could use the funds for new acquisitions, buy back a third of outstanding shares, or issue a one-time 33% special dividend.

In the meantime, Cisco is expected to report earnings this month. Executives have gotten into the habit of raising the dividend 15% to 20% at the start of each year. If they were to do that again next week, the yield on Cisco shares would approach four percent. This is one dividend stock to watch in February.

The President has publicly opposed big corporate mergers, but his picks for the cabinet suggest otherwise.

Over the past few weeks, Trump has surrounded himself with advisors who generally support less oversight of industries. U.S. Department of Justice (DoJ) head Jeff Session will be tasked with picking the head of the antitrust committee. He doesn’t have much of a track record on the issue, but Session is an ally of business and favors less regulations. (Source: “Mega-mergers poised to get green light under Trump,” The Hill, January 15, 2017.)

For investors, a more business-friendly administration could be good news telecom. Last year, the Department of Justice blocked Comcast Corporation and Time Warner Inc (NYSE:TWX) from merging. In 2011, telecom giants AT&T Inc. (NYSE:T) and T-Mobile US Inc (NASDAQ:TMUS) walked away their merger plan after the DoJ challenged the move. All of these mergers are back on the table under a Trump Presidency. (Source: Ibid.)

You don’t need an MBA to see the upside here. Fewer competitors mean higher prices for consumers. And by combining operations, you can lay off a vast number of workers. The one-two punch equals bigger dividends for shareholders.

Some call it laissez-faire. Others say it’s a sellout of the American people. Regardless, it’s good news for investors.

Are there any losers under a Trump Administration? Sure. And the company has become a four-letter word in Washington: Ford.

President Trump called out Ford Motor Company for outsourcing manufacturing jobs in his June 2015 speech announcing his candidacy. Since then, he has proposed a 20% border tax on any goods imported from Mexico. His calls to rip up the North American Free Trade Agreement only means more uncertainty. (Source: “Mexico wall: Trump condemned over imports tax proposal,” BBC, January 27, 2017.)

Worse, inventories are growing. The number of unsold cars sitting on dealer lots hit 3.9 million last month, nearing a new record high. Based on sales in November, it would take more than two months to clear inventories. (Source: “US Auto Industry In Crisis Amid “Inventory Bubble,”” ZeroHedge, January 27, 2017.)

All of This suggests that shares are something of a value trap. Sure, Ford bulls like to point out the stock trades at a crazy low six times earnings. This extreme discount, though, is typical for auto stocks. Investors know current profits are artificially high and are pricing in the end of the current auto cycle.

Trump triggered an impressive bull run in stocks, but he doesn’t have the Midas touch for the bond market.

No surprise; this is the guy who has declared bankruptcy several times. Shares of the iShares Barclays 20+ Year Treasury Bond ETF (NASDAQ:TLT), a basket of long-term government bonds, have plunged 15% over the past six months.

The reason? President Trump has proposed a massive infrastructure spending plan. And while that might be good news for the economy, it could lead to a glut of government bond issues. Higher inflation and the potential to earn better return elsewhere have also encouraged investors out of fixed income.

We’ll see if that continues in February. Investors will be watching for specific policies out of the White House next month. If Trump delivers on his campaign promises, it could trigger another selloff for the bond market.