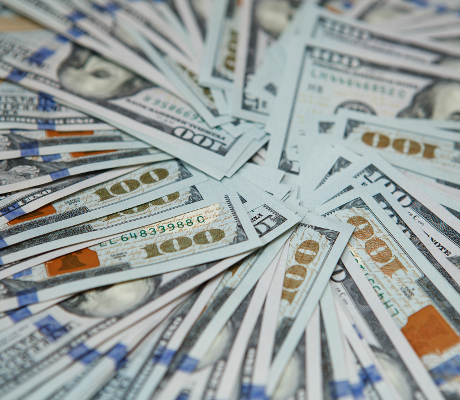 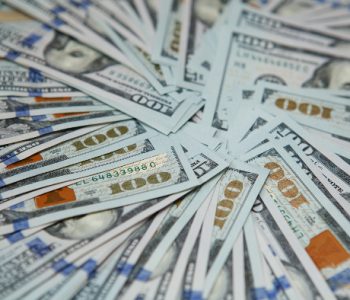 Trading is all the rage in today’s stock market. But for income investors, the traditional buy and hold strategy could still be rewarding. Warren Buffett used this strategy to become one of the most successful investors of all time. One of the things that helped him generate astronomical returns was the billions of dollars of dividends he collected from companies in his portfolio. In this article, we are going to take a look at the top dividend plays in Warren Buffett’s portfolio.

To see just how successful Buffett has been, here’s a number: 20.8%, that’s the average annual return his Berkshire Hathaway Inc. (NYSE: BRK.B) managed to generate for its shareholders from 1965 to 2016. Over this period, the S&P 500 averaged an annual return of 9.7% including dividends. So for more than five decades, Warren Buffett managed to consistently outperform the benchmark index by more than 11% every year.

As an institutional investment manager, Berkshire Hathaway is required to file Form 13F to the Securities and Exchange Commission within 45 days of the end of each quarter. Berkshire’s most recent Form 13F, filed on February 14th, allows investors to see which stocks the Oracle of Omaha owned as of December 31st, 2016. (Source: “Form 13F Information Table,” United States Securities and Exchange Commission,” February 14, 2017.)

Berkshire’s most recent filing showed that it owned 44 publicly traded stocks by the end of 2016, many of which are dividend paying stocks. As a matter of fact, nine of the top 10 holdings in Warren Buffett’s portfolio pay a dividend.

Below is a list of five dividend stocks in Warren Buffett’s portfolio that I believe are top dividend plays for 2017, and beyond.

The Coca-Cola Co (NYSE:KO) is in a rather boring business, but the value it managed to return to income investors is nothing short of exciting.

Coca-Cola is one of the most established beverage companies in the world, with 94% of Earth’s population recognizing its red and white logo. The company started with just one product—Coca-Cola, which remains its flagship product till this day. Over the years, the company has launched a wide range of successful brands. Today, Coca-Cola owns more than 500 brands, 20 of which generate more than $1.0 billion in annual sales each.

The beverage industry is not really a fast-growing one. However, the slow-changing nature of the business means Coca-Cola doesn’t have to reinvest too much of its earnings. Instead, the company can distribute some of its profits to shareholders.

Coca-Cola started paying quarterly dividends in 1920 and has never missed a single payment. Moreover, the company has raised its payout every year for the past 54 years. That makes Coca-Cola a “dividend king.”

One of the investors that made a fortune in KO stock is Warren Buffett, who invested more than $1.0 billion in Coca-Cola back in 1988. Since then, Buffett’s investment in the beverage giant has grown nearly 16 times after accounting for dividends. Today, Coca-Cola stock remains the fourth-largest holding of Berkshire, with a market value of over $17.0 billion.

Right now, Coca Cola stock pays $0.37 per share on a quarterly basis, translating to an annual dividend yield of 3.48%. With people around the world consuming more than 1.9-billion servings of Coca Cola’s beverages every day, the company is set to keep rewarding income investors for decades to come.

Wells Fargo & Co (NYSE:WFC) is the third-largest bank in the U.S. and is one of the top names to own for income investors.

Sometimes, a company needs to build “the next big thing” to be successful. But for Wells Fargo, the company’s entrenched position in the retail banking industry already makes it a profit machine.

Of course, speaking of Wells Fargo, one cannot ignore its fake accounts scandal last year which resulted in a $185.0-million fine. On that matter, Warren Buffett said that the bank did make “a terrible mistake,” but he continued to have faith in Wells Fargo as an “incredible institution.” (Source: “Warren Buffett hasn’t sold a single share of Wells Fargo following scandal,” CNN, November 11, 2016.)

According to Berkshire’s latest 13F filing, the company owned nearly 480 million shares of WFC stock by the end of 2016. Wells Fargo represented the second largest holding in Warren Buffett’s portfolio.

Kraft Heinz Co (NASDAQ:KHC) is another familiar name to American consumers. The company was formed by the merger of Kraft Goods Group and Heinz in 2015. Today, it is the fifth-largest food and beverage company in the world.

The main reason why Kraft Heinz could be a top dividend play is the company’s rock-solid business. The company owns some of the most iconic brands in the food and beverage industry, with the likes of “Kraft Dinner” and “Heinz” ketchup being household names. The company has eight brands that each generate more than $1.0 billion in sales annually.

Kraft Heinz is also willing to return value to shareholders in the form of dividends. The company completed the merger in 2015 and started with quarterly dividends of $0.55 per share. Since then, it had raised its dividends twice, first to $0.575 per share in November 2015 and then to $0.60 per share in August 2016. The company currently yields 2.64%.

Kraft Heinz also happens to be the biggest holding in Warren Buffett’s portfolio. Berkshire owned over 325-million shares of the food and beverage giant by the end of 2016. The stake would be valued at $29.6 billion in today’s market.

At first glance, Apple Inc. (NASDAQ:AAPL) does not seem to be a stock that you would normally find in Warren Buffett’s portfolio. The company makes consumer electronics, which is not exactly a recession-proof business. Moreover, the tech industry is a fast-changing one. As we have seen numerous times, the hottest tech company today could become obsolete before you know it. And yet Buffett bought billions of dollars’ worth of Apple stock, making it the third-largest holding in Berkshire Hathaway’s portfolio.

The reason why Apple is special is that the company has found a way to generate massive amounts of recurring revenue and profits. The smartphone industry is competitive, but Apple’s products sell like hotcakes every time it releases them. Just take a look at the lines outside Apple Stores around the world at every new “iPhone” launch and you’ll see what I mean.

The iPhone is Apple’s biggest revenue source. The first iPhone came out almost a decade ago. Over the past two years, many people thought that the product was losing its appeal. And yet in the December quarter, Apple sold more than 78-million units of the device, reaching a new record. (Source: “Apple Reports Record First Quarter Results,” Apple Inc., January 31, 2017.)

Having a recurring business is of utmost importance to be a top dividend play. Apple resumed paying dividends in 2012 and has increased its quarterly dividend rate by more than 50% since then (split adjusted). Even though its 1.58% yield doesn’t look like much, note that the company’s payout ratio was just over 26% in its fiscal 2016. Moreover, the company has a huge pile of cash, which could be used to boost its capital return program.

In February, Buffett told CNBC that after January 1 and before Apple’s earnings report on January 31, Berkshire added nearly 76-million shares of Apple stock to its portfolio. This marked one of the biggest Warren Buffett stock purchases in 2017 to date. (Source: “Billionaire Warren Buffett more than doubled his holdings in Apple in 2017,” CNBC, February 27, 2017.)

Apple usually reviews its dividend policy in April. I’m pretty certain that the company will have good news for income investors sometime this month.

With a 1.07% dividend yield, Costco Wholesale Corporation (NASDAQ:COST) doesn’t seem to be generous dividend payer. But the company could still be a solid dividend play. Here’s why.

Costco is the largest membership-only retailer in the U.S. It operates more than 700 stores on four different continents.

Brick-and-mortar stores are far from being an investor favorite these days. With the booming e-commerce industry, some people are worried that companies like Amazon.com, Inc. (NASDAQ:AMZN) would take business away from physical retailers.

Still, that concern did not prevent Buffett’s Berkshire from owning over 4.3-million shares of Costco stock, valued at $727.1 million.

One of the reasons why Costco is worth considering for income investors is the growth in its business. In the company’s first half of its fiscal 2017, net sales increased four percent year-over-year to $56.6 billion. Diluted earnings came in at $2.41 per share, representing a four percent increase from the year-ago period. (Source: “Costco Wholesale Corporation Reports Second Quarter And Year-to-Date Operating Results for Fiscal Year 2017, February Sales Results, And Plans for Membership Fee Increase,” Costco Wholesale Corporation, March 2, 2017.)

During this period, the company declared $0.90 of dividends per share. So Costco had a payout ratio of just 37.3% in the first half of fiscal 2017, a low number compared to the retail industry’s average.

Solid operations and a low payout ratio give Costco a margin of safety and the potential for future dividend hikes. Given that the company has also paid two special dividends since 2012, the best could be yet to come for Costco stock dividend investors.