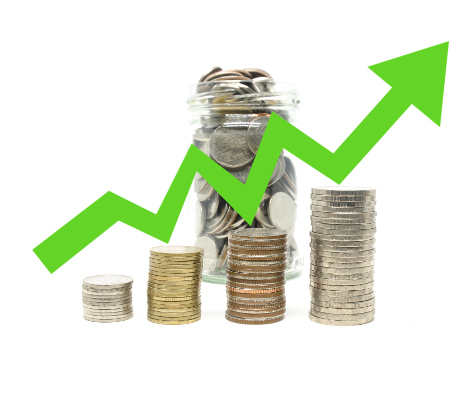 5 Dividend Bank Stocks that Will Keep Flying Under Trump 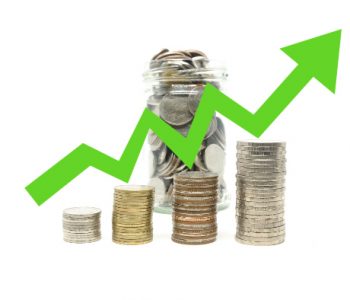 Not all business sectors are created equal.

One of my biggest jobs here at Income Investors is to steer readers toward strong businesses paying out healthy dividends, but it’s simply easier to find them within certain industries than in others. In other words, there are definitely some areas of the market that are worth more of your time, due to inherent advantages already built into the sector.

The banking sector is one of those areas. Thanks to unbreakable barriers of entry and high customer switching costs, banks are literally cash machines. After all, they’re able to borrow money at ultra-low rates (lower even than the federal government) and then lend it to borrowers, profiting healthily from the “spread.”

Taking It to the Banks

The problem over the past several years, however, is that banks have been hampered heavily by regulations implemented by the Barack Obama administration after the 2008 financial crisis, namely the Dodd-Frank Wall Street Reform and Consumer Protection Act.

While the Dodd-Frank reforms were designed to help prevent another credit crisis by forcing banks to increase their capital requirements, it also had the impact of severely hurting financial sector profitability by boosting compliance costs and limiting loan-making ability.

But, given the rally in bank stocks last Friday, those headwinds are likely starting to ease.

Are the Good Times Here Again?

Fueling the bank rally was news that President Donald Trump, as part of a larger goal to undo much of the post-crisis regulatory system, would sign an executive order to specifically scale back Dodd-Frank regulations.

“Americans are going to have better choices and Americans are going to have better products because we’re not going to burden the banks with literally hundreds of billions of dollars of regulatory costs every year,” said White House National Economic Council Director Gary Cohn. (Source: “Donald Trump Plans to Undo Dodd-Frank Law, Fiduciary Rule,” The Wall Street Journal, February 3, 2017.)

Now, to be sure, bank stocks have been rallying since the U.S. election in early November, as a Trump presidency fueled optimism on Wall Street for deregulation and lower taxes.

Last Friday’s news, however, marks the first concrete step Trump has taken toward loosening the regulatory noose on banks, making now a great time to revisit the usually-juicy sector.

With that in mind, here are five dividend bank stocks that flew on Friday, and which could keep flying under Trump.

Of all the big banks, financial holding company Morgan Stanley (NYSE:MS) rallied the most on Friday, jumping 5.5%. Over the past year, MS stock is up a whopping 72%.

“Mr. Market’s” extra dose of optimism for MS stock likely has to do with its revised capital plan to increase buybacks by 40%, to $3.5 billion, and bump its dividend from $0.15 to $0.20 per share. Management resubmitted the plan in December 2016, and it is still subject to approval, but last Friday’s news assuredly bodes well for shareholders. (Source: “Morgan Stanley Reports Fourth Quarter 2016,” Morgan Stanley, January 17, 2017.)

As a long-term play, Morgan Stanley’s global reach and strong reputation built up over the decades definitely give it an advantage. Its revenue-per-employee ratio is one of the highest in the business. More importantly, with MS stock trading at price-to-book ratio of just 1.2 versus the overall bank sector’s 1.9, you won’t need to pay a premium for that performance.

The next big gorilla bank on our list is Goldman Sachs Group Inc (NYSE:GS), which saw its shares jump 4.6% last Friday. GS stock is now up about 40% since Trump’s election victory, and for very good reason: Goldman Sachs, with its informational advantages and technological infrastructure, should absolutely “kill it” in a low-regulatory environment.

Even under a difficult reform, Goldman was able to grow almost all of its segments in Q4, with a 25% spike in “Institutional Services” revenue and a 15% top-line jump in “Investing/Lending” leading the way. For 2016, Goldman even managed to bring its share count down by about 27 million shares to a new record low, all while paying out about $1.1 billion in dividends. (Source: “Goldman Sachs Reports 2016 Earnings Per Common Share of $16.29 and Fourth Quarter Earnings Per Common Share of $5.08,” Goldman Sachs Group Inc, January 18, 2017.)

So just imagine how delicious Goldman’s operating results and capital return to shareholders will be under Trump. With GS stock trading at a still-reasonable price-to-book ratio of 1.3, it might not be too late to find out.

Next up is financial holding heavyweight JPMorgan Chase & Co. (NYSE:JPM), which popped up 3.1% last Friday and has now gained about 29% over the past three months. Just like its investment banking brethren Morgan Stanley and Goldman Sachs, JPMorgan is currently posting good results, but could absolutely thrive under the Trump administration.

In Q4, for example, the company’s “Markets” revenue soared 24% year-over-year to $4.5 billion, driven by strong performance within fixed-income markets. However, a modest average loan increase of just three percent acted as a bit of a drag on total revenue growth. If the company can consistently fire on all cylinders again, earnings will surely shoot up significantly. (Source: “JPMorgan Chase Fourth-Quarter and Full-Year 2016 Earnings,” JPMorgan Chase & Co., January 3, 2017.)

Needless to say, last Friday’s news might be the catalyst for that to happen. And, given JPMorgan’s still-significant cost advantages and attractive 2.2% dividend yield, I’d say it’s a solid bet to take.

Behemoth Citigroup Inc (NYSE:C) also got in on last Friday’s bank bonanza, with its shares gaining 3.2%. C stock hasn’t run up quite as quickly as its peers since the U.S. election, likely due to the company’s relatively high global exposure, but there’s good reason to remain optimistic.

For the full year 2016, Citigroup returned nearly $11.0 billion in capital to shareholders and drove down its outstanding common stock by 181 million shares. More importantly, the company still managed to end the year with a tier 1 financial health ratio of 12.5%. Moreover, Citigroup’s operating efficiency continues to improve, with year-over-year expenses in the most recent quarter falling nine percent. (Source: “Citigroup Reports Fourth Quarter 2016 Earnings per Share of $1.14,” Citigroup Inc, January 18, 2017.)

When you combine Citigroup’s shrinking balance sheet and falling expenses with less-stringent capital requirements under Trump, the next several years are set up perfectly for capital return. Throw in the still-heavy growth tailwinds from Citigroup’s overseas exposure, and the stock’s price-to-book ratio of 0.8 looks especially attractive.

Rounding up our list this week of white-hot bank stocks is giant Wells Fargo & Co (NYSE:WFC), which gained 2.7% last Friday. Only time will tell whether the company’s recent accounts scandal will permanently damage the Wells Fargo brand and strain its customer relationships but, so far, things aren’t looking disastrous.

New CEO Tim Sloan has plenty of work ahead to fully regain the trust of investors but, with Wells Fargo also repurchasing 24.9-million common shares and paying out $3.0 billion in dividends over the fourth quarter, he’s off to a shareholder-friendly start.

At a dividend yield of 2.7%, WFC stock remains bullishly bankable.

The Bottom Line on Bank Stocks

And there you have it, my fellow income investors: five big bank stocks that could keep rallying under the Trump administration. As always, please don’t view these companies as formal recommendations, but rather as suggestions for further research.

In other words, the banking sector’s most burdensome days are likely behind it.