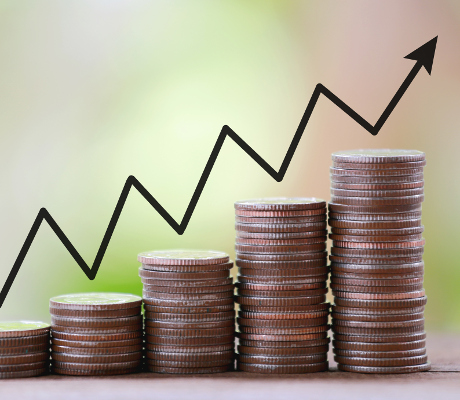 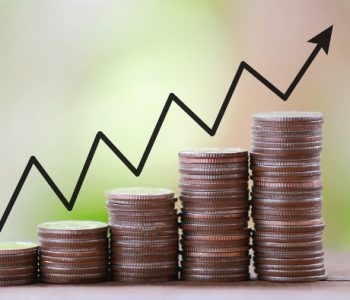 There is no other way to put it: today’s stock market is bloated. In 2016, all three major indices of the U.S. stock market surpassed their all-time highs. This makes it extremely difficult for dividend investors to find value. Even the blue-chip dividend stocks can carry hefty valuations these days. Is it possible to find cheap dividend stocks for 2017?

The answer is “yes.” Although valuations have been climbing up, there are still cheap stocks that pay dividends. When I say “cheap,” I don’t mean the stock has to trade below a certain absolute value. It doesn’t have to be a penny stock. Rather, we want to find dividend-paying stocks that have attractive valuations.

How do you know if a stock’s valuation looks attractive?

Well, it’s all about comparison. Right now, the average price-to-earnings (P/E) ratio of all S&P 500 companies is at around 25 times. However, each industry has its own unique characteristics, and investors are willing to pay different amounts for companies in different sectors. Moreover, other than the most-looked-at P/E ratio, there are other valuation metrics that you might want to take into account before investing, such as the price-to-sales, price-to-book, and price-to-cash-flow ratios.

Note that valuation ratios by no means tell the whole story. To find out if a cheap dividend stock really deserves a spot in an income portfolio, investors should also look at the company’s fundamentals. Sometimes, a stock is cheap because investors don’t believe its dividends are sustainable. Getting into a cheap dividend stock right before its dividend is cut can turn out to be a very expensive investment.

Verizon Communications Inc. (NYSE:VZ) stock came to the market as a result of the merger between Bell Atlantic and GTE. It began trading in 2000 and operates through quite a few segments today. For the most part, though, I consider Verizon as a wireless carrier. This is because in the most recent quarter, Verizon’s wireless segment generated $22.1 billion in revenue, accounting for over 70% of the company’s total revenue. (Source: “Strong wireless profitability and customer loyalty, renewed Fios growth highlight Verizon’s 3Q results,” Verizon Communications Inc., October 20, 2016.)

The reason why Verizon can be considered a cheap dividend-paying stock is because of its valuations. The company currently trades at 15.31 times its earnings; this compares to the industry’s average P/E ratio of 20.72 times. Moreover, both its price-to-sales and price-to-cash flow ratios are significantly lower than the industry’s average. (Source: “Verizon Communications Inc (VZ.N),” Reuters, last accessed January 17, 2017.)

Verizon is also a solid dividend stock. Paying $0.5775 per share on a quarterly basis, the company has an annual dividend yield of 4.38%.

Due to the fact the Verizon stock only started trading in 2000, its dividend history is relatively short. However, if you add the years the company was trading as Bell Atlantic stock, you’d see that it has paid steady or increasing dividends for the past 33 years. (Source: “Dividend History,” Verizon Communications Inc., last accessed January 17, 2017.)

Don’t forget that Verizon operates in an industry with high barriers to entry. To become a wireless carrier, you’ll need the infrastructure and wireless spectrum, both of which are very expensive. That’s why in the U.S., the industry is dominated by just four players: Verizon, AT&T Inc. (NYSE:T), Sprint Corp (NYSE:S), and T-Mobile US Inc (NASDAQ:TMUS). In the third quarter of 2016, Verizon had the biggest market share (34.94%) measured by the number of subscribers. (Source: “Market share of wireless subscriptions held by carriers in the U.S. from 1st quarter 2011 to 3rd quarter 2016,” Statista, last accessed January 17, 2017.)

Trading at $54.20 apiece, Wells Fargo & Co (NYSE:WFC) stock is not exactly cheap. However, as I said before, finding cheap dividend stocks requires more than just looking at the price. After understanding what the company does and what kind of valuations it trades at, you’d see that Wells Fargo stock could be a worthwhile addition to a value investor’s portfolio.

Wells Fargo is the third-largest bank in the U.S., with approximately $1.9 trillion in assets. The company provides a wide range of financial services, including banking, insurance, investments, mortgage, and consumer and commercial finance. It has more than 8,600 locations, 13,000 ATMs, and offices in 42 countries and territories. (Source; “Investment Profile,” Wells Fargo & Co, last accessed January 17, 2017.)

WFC stock surged quite a bit since the surprise victory of Donald Trump in the U.S. Presidential election, but valuations still look attractive. The company currently has a price-to-earnings multiple of 13.59 times, which is lower than the industry’s average P/E of around 15 times. Moreover, if you use the expected earnings for the next fiscal year, you’d see that Wells Fargo stock has a forward P/E of just 11.86 times. (Source: “Wells Fargo & Company,” Yahoo Finance, last accessed January 17, 2017.)

Wells Fargo is deeply entrenched in retail banking, which happens to also be a business with high barriers to entry. If someone wants to enter the business, they would have to set up a huge branch network and convince consumers to open accounts. Both of these tasks can be extremely expensive, which is why Wells Fargo has been in existence for over 160 years and is still one of the most dominant players in the business.

WFC stock currently has a dividend yield of 2.8%.

2017 could be great year for bank stocks. The economy is booming, which means there could be more business activities. Moreover, interest rates are also rising, with the U.S. Federal Reserve projecting as many as three rate hikes this year. Due to the nature of the company’s business and its longevity, Wells Fargo could be one of the best dividend growth stocks for the long term.

Real estate investment trusts, or REITs, have been a familiar investment vehicle for income investors. Some of them offer substantially higher yields than regular stocks, but the well-known names can also be expensive. Fortunately, for value-conscious investors, there is a high-yielding REIT that looks dirt cheap: Brookfield Property Partners LP (NYSE:BPY).

When a stock is trading this cheap, it could indicate a lack of growth. However, that’s not really the case here. According to Brookfield’s latest earnings report, both its funds from operations (FFO) and net income showed year-over-year improvements in the third quarter of 2016. (Source: “Brookfield Property Partners Reports Third Quarter 2016 Results,” Brookfield Property Partners LP, November 2, 2016.)

Going forward, investors could be further rewarded. The company is targeting long-term returns on equity of 12%—15% and annual distribution growth of five to eight percent.

Unless they are making electric cars, automakers don’t get much attention from investors these days. But that also means you can find some low priced dividend stocks in this segment. Ford Motor Company (NYSE:F) stock is a good example.

Headquartered in Dearborn, Michigan, Ford is a global automotive company with around 199,000 employees and 67 plants worldwide. Ford is involved in the designing, manufacturing, marketing, financing, and servicing of vehicles under the “Ford” and “Lincoln” brand names.

Best of all, Ford stock is currently yielding 4.74%, which is more than twice the average dividend yield of all S&P 500 companies.

One of the reasons behind the lack of investor appeal is the cyclical nature of the automotive industry. Auto sales are at a new record, but investors are worried about automakers’ abilities to handle the next downturn.

The thing is, though, Ford is a very nimble company now. Its chief financial officer, Bob Shanks, said last year that Ford could stay profitable even if auto sales drop by 30%. Also, note that Ford is the only one of Detroit’s “Big Three” that did not require a bailout in the last financial crisis. (Source: “Ford Says It Could Make Money If U.S. Auto Sales Fell 30%,” Bloomberg, March 22, 2016.)

Moreover, the company also has plans for the future. Earlier this month, it announced seven of the 13 new electrified vehicles coming in the next five years. Among those are the “F-150 Hybrid,” “Mustang Hybrid,” and “Transit Custom” plug-in hybrid. (Source: “Ford Adding Electrified F-150, Mustang, Transit By 2020 In Major EV Push; Expanded U.S. Plant To Add 700 Jobs To Make EVs, Autonomous Cars,” Ford Motor Company, January 3, 2017.)

With a solid business and handsome dividends, income investors looking for value should not ignore Ford stock.

Before we take a look at number-one cheap dividend stock, let me ask you a question: when was the last time you saw a solid company trading at less than five times its earnings?

That, my dear reader, is what makes General Motors Company (NYSE:GM) stock special. Trading at $37.31 on Tuesday, it has P/E multiple of just 4.27 times.

Of course, just like Ford, GM is in a procyclical industry. And when the economy enters a downturn, people might not be buying as many new cars as before.

The thing is, though, today’s GM is very different from what it was 10 years ago. Since the company’s relisting on the stock market in 2010, it has remained profitable every single year.

For 2017, I believe General Motors could do great. Remember when the auto sales data for 2015 came out and many analysts were saying that that would be the peak? Well, as it turned out, 2016 was an even better year, with auto sales in the U.S. reaching a new record of 17.55 million vehicles. (Source: “U.S. December auto sales surprisingly strong, 2016 sets new high,” Reuters, January 5, 2017.)

General Motors is the biggest car maker in the U.S., selling over three-million vehicles in 2016. With momentum in the U.S. economy still going strong, the company’s business could continue to prosper in 2017.

Right now, GM stock’s forward P/E is actually higher than its trailing P/E, a phenomenon due to anticipated earnings decline. If the company shows the market that it can keep growing its earnings, GM stock could become a lot more attractive. And for income investors, don’t forget GM stock’s 4.07% dividend yield.

That’s why General Motors is the number-one cheap dividend stock for 2017.