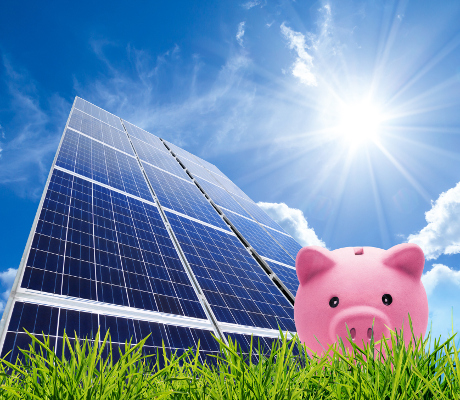 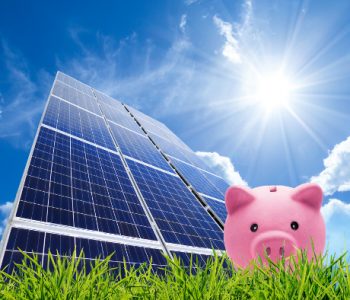 In recent years, solar energy adoption has been increasing. Last time I used the top-down view from “Google Maps,” I realized that five houses in my neighborhood have installed solar panels on their rooftops. Now, there could be a way for income investors to take advantage of the solar boom: by investing in dividend-paying solar stocks. In this article, we are going to take a look at the best solar stocks for 2017.

There are many solar stocks trading on the market, but not all of them are good picks for income investors. The reason is that for some solar companies, their business might not be stable enough to support continuous dividend payments. For instance, while rooftop solar has become more popular, the demand is not that easy to predict. Some homeowners have installed solar panels on their rooftops, but who knows if and when the rest of the homeowners are going to jump on the bandwagon?

Remember, dividends are sticky. When a company announces a dividend, the implication is that it will keep paying at least that much going forward. While there is no guarantee, companies know that few things disappoint investors more than a dividend cut. This makes solar companies—even those that are doing quite well—think twice before initiating a dividend.

Still, there is a particular group of solar stocks that could be worth considering for income investors: “yieldcos.”

A yieldco is a company that is created to own and operate a group of assets that can generate cash. It is usually created by a large renewable energy company to separate the risky business (such as building renewable energy assets) from the more stable business (operating those assets). Because a yieldco’s business is often done through long-term contracts, it can generate predictable cash flows. It is expected to pay back most of its cash to investors in the form of dividends.

Yieldcos have become popular in the alternative energy industry, especially in the solar industry. As a result, there are quite a few solar stocks with handsome dividend yields.

Why would a large renewable energy company want to create yieldcos?

Well, it’s all about financing needs. Renewable energy projects (such as solar plants) are considered to be relatively risky. So renewable energy companies that want to start new projects often face high financing costs. However, operating assets like solar farms is a much less risky business than building them. The stable and less volatile cash flows of operating solar assets could attract income-seeking investors. Creating yieldcos that focus exclusively on asset operation rather than creation gives the parent company a relatively cheap way to raise capital to finance new projects.

Solar yieldcos might not be the best-performing solar stocks from a share price perspective. But what makes them stand out is their oversized dividend payments. Today, the average yield of S&P 500 companies is a measly 1.94%; many solar stocks have yields double or even triple that. For investors wishing to boost the yield of their dividend portfolio, these clean energy stocks could be worth taking a look. (Source: “S&P 500 Dividend Yield,” Multpl.com, last accessed April 20, 2017.)

However, as is the case with almost any financial asset, solar stocks come with their own risks. Like any other stock, the appeal of solar yieldcos relies on the performance of the assets they own. If a yieldco’s renewable energy assets cannot generate enough cash flow, it will not be able to support high levels of dividend payments. Fortunately, many solar stocks’ businesses are backed by long-term contracts such as power purchasing agreements (PPAs). These add stability to the companies’ businesses.

Furthermore, performance of these solar stocks could be affected by commodity prices. At first glance, the connection might not be that obvious, since these are renewable energy stocks. However, note that when natural gas prices are down in a commodity price downturn, it often translates to lower power costs. That’s why, even for solar companies, commodity price risks could still exist. However, if a yieldco has long-term contracts with utilities and large commercial and industrial customers, its cash flow would be less affected under those situations.

The yieldco started out with a high-quality 432-megawatt portfolio, of which 87% are utility-scale solar energy assets. It has no debt at the project level and its business is backed by long-term contracts with weighted average contract life of 22 years. The company also has plenty of growth potential, given its 1,143-megawatt right of first offer (ROFO) portfolio and 13.7-gigawatt development pipeline.

And the best could be yet to come. The company recently completed the acquisition of First Solar’s 34% minority interest in its 300-megawatt Stateline project. With the newly acquired stake, 8Point3’s portfolio is expected to generate annual cash available for distribution of approximately $100.0 million in 2017. The company expects a distribution growth rate of 12% for the current fiscal year. (Source: ibid)

The company has a diversified portfolio consisting of over 60 assets across 21 states. NRG Yield also has a diversified asset mix, including solar, gas, wind, thermal, and fuel cells, with total capacity of approximately six gigawatts. By the end of 2016, the company’s portfolio has an average remaining PPA life of 16 years.

One thing to note about NRG Yield is that all of its corporate level debt and around 93% of its project level debt are either fixed-rate or fixed via interest rate swaps. Therefore, it won’t face too much pressure when the U.S. Federal Reserve further raises its benchmark interest rates.

NYLD stock hasn’t really been a hot ticker in the market lately, but the company’s dividend history is nothing short of impressive. Since the yieldco’s initial public offering (IPO) in July 2013, it has raised its dividend payout every single quarter, with a total increase of over 50%. Paying $0.26 per share on a quarterly basis, the company has an annual dividend yield of 5.66%. (Source: “Dividends & Splits,” NRG Yield, Inc., last accessed April 20, 2017.)

That’s why NRG Yield is one of the wind and solar stocks worth considering for income investors.

NextEra Energy Partners LP (NYSE:NEP) is a yieldco created by NextEra Energy Inc (NYSE:NEE) to own, operate, and acquire contracted clean energy projects. The yieldco was formed as a limited partnership and went public in June 2014.

Atlantica Yield PLC (NASDAQ:ABY) is a renewable energy company headquartered in London, U.K. the company owns and operates 21 assets, including renewable (73%), conventional (17%), transmission (seven percent), and water (three percent). All of the company’s revenue comes from assets with contracted power purchasing agreements. By the end of 2016, those assets had weighted average remaining contract life of 21 years.

Atlantica’s renewable energy assets have a capacity of 1,442 megawatts, 83% of which come from solar. It also has a conventional power generation capacity of 300 megawatts.

One thing that makes this company attractive is its high-quality off-takers. More than 95% of Atlantica’s cash available for distribution is generated from assets with investment-grade-rated off-takers. This could add stability to its business.

The company is currently yielding 4.97%.

Hannon Armstrong Sustnbl Infrstr Cap Inc (NYSE:HASI) is a bit different from the other solar stocks. The company doesn’t operate solar farms. Instead, it makes debt and equity investments in what it calls “sustainable infrastructure,” which includes energy efficiency projects, like improving a building’s heating system, and renewable energy projects, like solar and wind plants.

The company makes a variety of investments, including lending transactions, land ownership, and preferred and common equities. The goal of these investments is to generate long-term, recurring, and predictable cash flows.

Hannon Armstrong currently pays quarterly dividends of $0.33 per share. At today’s price, the company has a dividend yield of 6.13%.