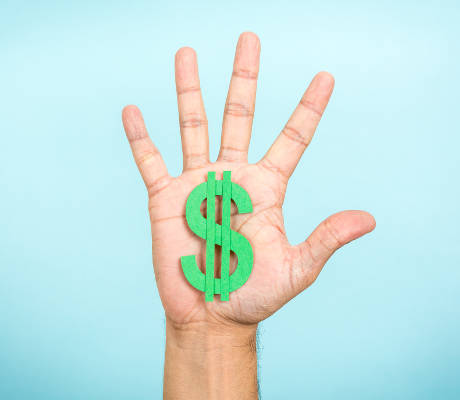 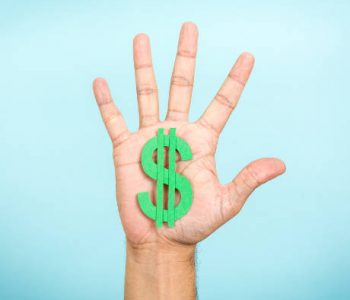 It has been a phenomenal year for the U.S. stock market. All three major indices posted sizable gains. Moreover, many high-paying dividend stocks helped boost the yield of income investors’ portfolios.

As dividend investors, we don’t usually pay too much attention to what the market is doing. However, there are quite a few dividend-paying stocks with major upside potential going into the New Year. So let’s take a look at the five best dividend stocks to watch in January 2017.

Income investors are no stranger to Ford Motor Company (NYSE:F) stock. With a 4.7% dividend yield, it is one of the high-dividend-paying stocks on the market.

But that’s not all. There is a very important reason why Ford stock is worth watching in January 2017: the possibility of a special dividend.

You see, on January 12, 2016, the company announced a $1.0-billion supplemental cash dividend that was equal to $0.25 per share. This was in addition to Ford stock’s regular quarterly dividend of $0.15 per share. (Source: “Ford Expects Record 2015 Pre-Tax Profit; 2016 to be Equal to or Higher Than 2015; Company Declares $1 Billion Supplemental Cash Dividend and First Quarter Dividend,” Ford Motor Company, January 12, 2016.)

Note that the company plans to pay out between 40% and 50% of earnings in the form of dividends. At midpoint, that could mean a total payout of $0.82 per share for 2016 if Ford meets December quarter’s expectations. This suggests that in January 2017, Ford could announce a special dividend of around $0.20 per share on top of its regular dividends.

By now, many people have realized that Apple Inc. (NASDAQ:AAPL) stock has the potential to be a great income play. It is not one of the high-paying dividend stocks on the market, but with a near-two-percent dividend yield, the payout is not bad for a tech giant whose major business is selling hardware devices.

The best part is that in January 2017, Apple stock could make a huge comeback.

Strong holiday sales is obviously something to look forward to at this hardware device maker. But more importantly, Apple could use the current quarter to rebuild its investor appeal.

You see, the main reason why Apple stock seemed to be losing its appeal was the year-over-year declines in revenue. When the company stopped using the phrase “record results” in its earnings release, investors weren’t happy.

But now, things could be different. According to Apple’s senior vice president and chief financial officer, Luca Maestri, the company’s revenue for this December quarter is expected to be in the range of $76.0 billion to $78.0 billion. That would create a new all-time record for Apple’s quarterly revenue. (Source: “Apple (AAPL) Q4 2016 Results – Earnings Call Transcript,” Seeking Alpha, October 25, 2016.)

The “iPhone” maker is expected to report earnings later in January. If the company generated record results in the quarter, it could spark a new rally in Apple stock.

While the overall stock market has surged quite a bit this year, it was a different story for Walt Disney Co (NYSE:DIS) stock. The company had two major tumbles in 2016, and even dipped below $90.00 per share at one point.

Now, Disney stock is making a comeback, having climbed 14% in just the past three months. The biggest catalyst right now is its new movie Rogue One: A Star Wars Story. According to Box Office Mojo, the latest Star Wars release brought in $155.0 million at the domestic box office during its opening weekend. (Source: “Rogue One: A Star Wars Story,” Box Office Mojo, last accessed December 20, 2016.)

Note that the movie marked the second-best opening in the month of December, only behind last year’s Star Wars: The Force Awakens, which brought in a whopping $248.0 million. (Source: “Top Opening Weekends By Month,” Box Office Mojo, last accessed December 20, 2016.)

Star Wars: The Force Awakens was also produced by Lucasfilm, which Disney acquired four years ago. The movie went on to become the highest-grossing film of all time in the domestic market. It surpassed Avatar’s $760.5 million lifetime gross just 20 days after being released.

The thing is, while the last Star Wars movie gave a huge boost to the company’s Studio Entertainment segment—the fastest growing segment at Disney—investors didn’t really cheer for it. In fact, Disney stock went downhill after that.

Now, Disney has proven that last year’s success with the Star Wars franchise was not a one-time event. With Rogue One: A Star Wars Story continuing to do well at the box office, the momentum in Disney stock could continue in January 2017.

If you follow the tech sector closely, you would know that January 2017 could be an eventful month for tech stocks. Why? It’s when the Consumer Electronics Show (CES) is going to be held.

Each year, many tech companies unveil their latest gadgets at CES. Even though Intel Corporation (NASDAQ:INTC) is not making a virtual reality headset or an electric car directly, there is still plenty to look forward to from the chipmaker.

A recent leak suggested that Intel would unveil its seventh-generation “Kaby Lake-S” desktop processors on January 5. The list of leaked processors consists of 16 CPUs that include the “Xeon E3-12-5 v6,” three “Core i7” chips, seven “Core i5” chips, two “Core i3” chips, and three “Pentium” processors. Moreover, these new processors will be accompanied by the new “Intel 200 Series” chipsets for motherboards that will support the new processors. (Source: “Desktop Kaby Lake Processor Launch Details Leaked,” Tech ARP, December 15, 2016.)

But of course, the real reason for dividend investors to keep an eye on Intel stock is its ability to return value to shareholders. Over the past 10 years, Intel stock’s quarterly dividend rate has grown by 160%.

Currently, the company pays $0.26 per share on a quarterly basis, translating to an annual dividend yield of 2.8%.

As consumers, we know that quality products seldom go on sale. That’s why when something as solid as Procter & Gamble Co (NYSE:PG) stock is having a bit of a hiccup, it deserves the attention of income investors.

Procter & Gamble is a consumer staples company commanding over $200.0 billion in market cap. Unsurprisingly, PG stock is not known for making big moves. However, since October, the stock has slipped more than six percent.

The main appeal of Procter & Gamble is that people buy its products not because they want them, but because they need them. To PG stock investors, it doesn’t really matter how the economy will do after a rate hike or under a new president; people will always need toothpaste and laundry detergent.

Just take a look at its dividend history and you’ll see what I mean. Procter & Gamble has paid uninterrupted dividends since its incorporation in 1890. In the past 60 years, the company has raised its payout every single year.

Right now, PG stock has an annual dividend yield of 3.17%.

At the end of the day, Procter & Gamble is not just a stock worth watching in January 2017. Rather, it is one of the best “set-and-forget” stocks that deserves a spot in every dividend investor’s portfolio.