WFC Stock: 3 Reasons to Own Wells Fargo & Co for the Next 50 Years

Wells Fargo & Co (NYSE:WFC) stock had a good run in the beginning of this year. Most recently, though, the momentum seemed to have cooled down. Since March, WFC stock has tumbled more than 10%. That’s a pretty sizable drop for a company commanding more than $250.0 billion of market cap. Is Wells Fargo stock still worth owning for income investors?

I believe the answer is yes. Here’s why.

A Simple But Profitable Business

Wells Fargo is a bank holding company. These days, banks can have many different segments. But the way in which they make money have stayed largely the same for centuries: lending money out at a higher interest rate than they borrow at. The difference is called net interest income.

For any bank, the key to generating higher net interest income is to grow its loans and deposits. And that’s exactly what Wells Fargo has been doing.

For the quarter, Wells Fargo generated $12.5 billion in net interest income, representing a six-percent increase from the year-ago period.

Usually, when one company is running such a lucrative business, others will want to enter the industry. And before long, increased competition will result in decreased market power for the incumbent, lowering its profits.

The thing is, though, banking is not an industry that everyone can enter. To open a bank, you would need a huge amount of capital to start with. And then you need to get customers. Wells Fargo is currently serving one in every three households in the U.S. Convincing millions of customers who are already banking with Wells Fargo to switch would be extremely difficult.

And don’t forget that Wells Fargo focuses on retail banking. It has the number-one branch network in America, with approximately 6,000 branches located in 39 states and Washington, D.C. The Wells Fargo bank also has more than 13,000 ATMs. Anyone who wants to compete with Wells Fargo in the retail banking business would have to set up an equally impressive branch network, and that could be an extremely expensive endeavor with no guarantee of success.

In other words, because of Wells Fargo’s deeply entrenched position in the retail banking industry, its competition is limited. This allows the company to keep making oversized profits going forward.

For income investors, few things are better than a steadily increasing stream of dividends. The good news is that that’s exactly what WFC stock provides. 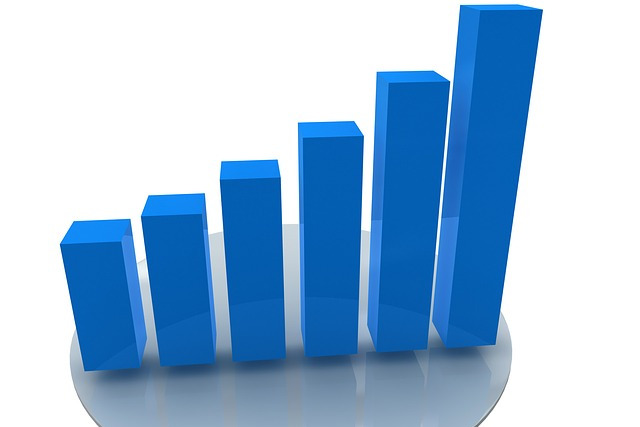 Despite all the dividend hikes, Wells Fargo’s payout still has plenty of room to grow. Last year, its payout ratio was a rather conservative 37.6%.

Because a company’s dividend yield moves inversely to its share price, the recent downturn in WFC stock could represent an opportunity. Trading at $52.20 apiece, Wells Fargo stock is now yielding a solid three percent.

With a durable and profitable business, Wells Fargo bank stock is well positioned to reward income investors for years to come.