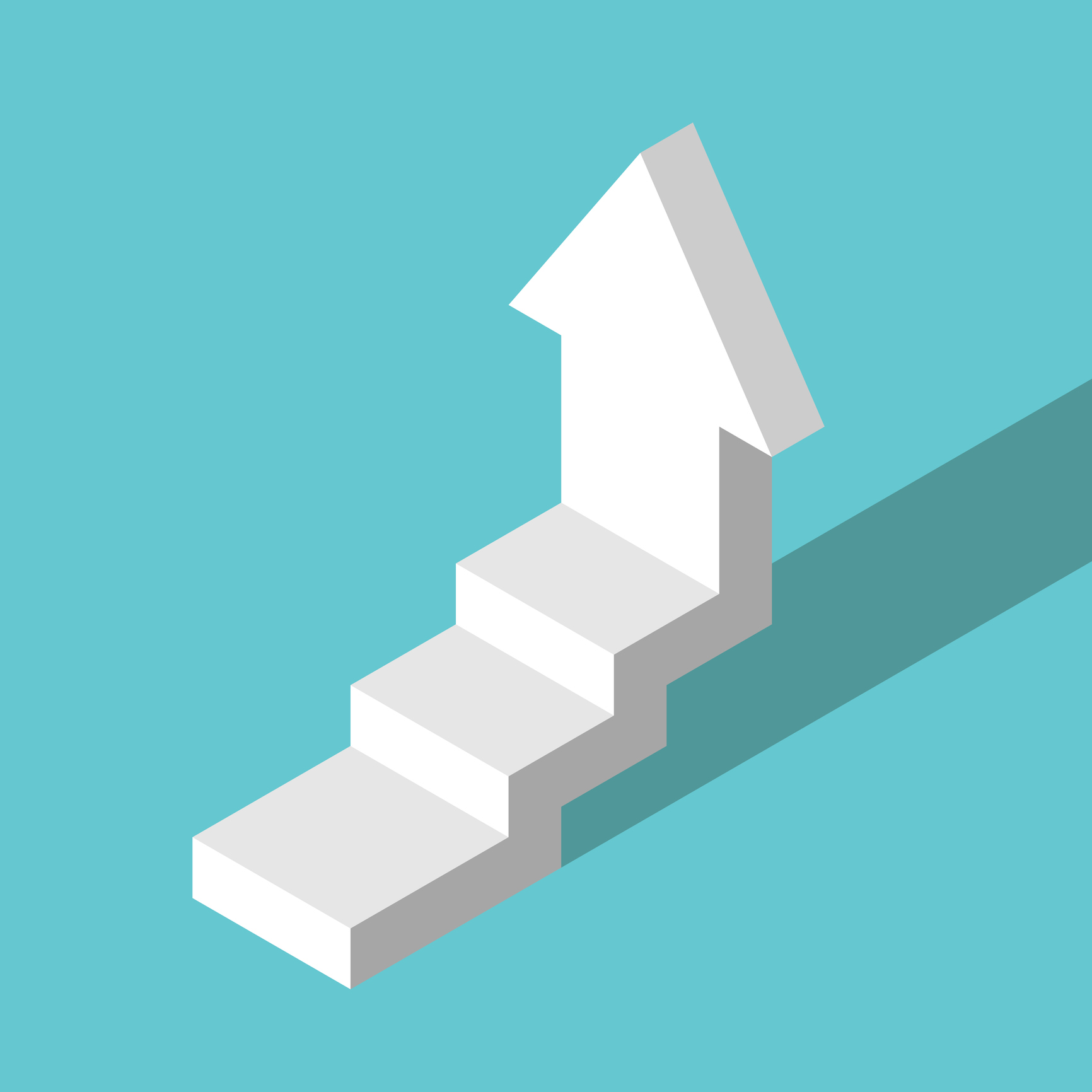 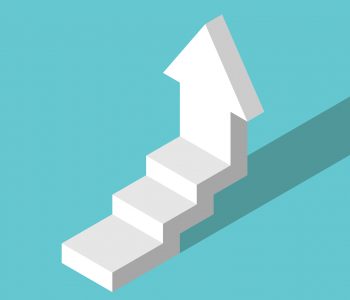 Dividend Increases Before the Holiday Season?

You might think that, as the holiday season approaches, there won’t be much going on in the financial markets. But that’s usually not the case. In December, there are still economic indicators to watch, and the Federal Open Market Committee will make its final interest-rate decision of the year. Besides, investors who are income-tax-sensitive may decide to sell stocks for tax reasons at year-end in order to claim a capital loss.

In other words, December could be an eventful month for stocks.

And you probably remember what happened to the U.S. stock market at the end of last year: December 2018 was the worst December for the Dow Jones Industrial Average and the S&P 500 index since 1931.

Of course, U.S. equities have made a strong comeback since then. Despite trade tensions and geopolitical uncertainties, the S&P 500 just hit a new high.

But we also know that the stock market tends to move in cycles. With valuations also near the higher end of the historic spectrum, it makes investors wonder when the next correction will arrive.

Well, I’m not going to make any market predictions. But as an income investor, I do know that there are things that could make a stock market downturn more bearable, things such as dividend increases.

You see, in a soaring market—like what we’ve seen for most of this year—a few percentages of dividend yield may not seem like much. However, keep in mind that dividends are cold, hard cash paid by companies to their shareholders regardless of what their stock prices are doing. That is, an investor may hold a stock that’s tanking under a market sell-off, but if that stock keeps paying a solid dividend, the investor can still earn a cash return despite seeing the value of the holding go down.

Meanwhile, dividends are sticky. When a company announces a dividend hike, the expectation is that it will keep paying the increased amount going forward. In an era when earnings can be adjusted, a dividend increase can be interpreted as a more genuine sign of strength.

The good news is, while December may seem like a scary month for stocks, in that month, there are still plenty of dividend hikes to look forward to.

Without further ado, here are three dividend increases to watch for in December.

List of Companies Set to Raise Their Dividends in December 2019

When it comes to the ability of delivering an increasing amount of cash to investors, there is a special group of companies that stand out: the S&P 500 Dividend Aristocrats. To become a member of this group, a company must be a component of the S&P 500 and must have increased its dividend for at least 25 consecutive years.

Abbott Laboratories (NYSE:ABT) is one such member. As a matter of fact, the company is overqualified for the title of Dividend Aristocrat because it has raised its dividend every year for 47 consecutive years. Looking further back, you’ll see that Abbott has been paying uninterrupted quarterly dividends since 1924. (Source: “Dividend History,” Abbott Laboratories, last accessed November 6, 2019.)

The neat thing about Dividend Aristocrats is that they are very likely to continue their track records. Think about it: if a company has been raising its dividends for decades, and that streak suddenly stops, management will likely have some serious explaining to do.

Of course, a company also needs the financial means to raise its payout. The good news is, based on what Abbott Laboratories has been doing, it should have no problem continuing its dividend-hike streak.

Headquartered in Abbott Park, Illinois, Abbott Laboratories is a healthcare and medical devices company with a history that can be traced all the way back to 1888. Over the years, the company has grown to become one of the biggest players in the healthcare industry, earning $30.6 billion in sales in 2018. ABT is also a widely followed stock, commanding a market capitalization of over $145.0 billion.

Healthcare is known as a recession-proof industry, which is one of the reasons why Abbott has managed to achieve such an impressive dividend-paying track record. The best part is, despite being a century-old company, Abbott’s business is still growing.

At the bottom line, the company’s adjusted earnings came in at $0.84 per share for the third quarter. The amount not only represented a 12% increase from the year-ago period, but also covered its quarterly dividend payment of $0.32 per share more than twice over.

The board of directors of Abbott Laboratories usually reviews the company’s dividend policy in December. Given the healthcare giant’s growing business and low payout ratio, dividend investors of Abbott stock will likely receive some good news in the coming weeks.

If you think Abbott’s current yield is a bit low, check out AT&T Inc. (NYSE:T). The telecommunications, media, and entertainment conglomerate is also a member of the S&P 500 Dividend Aristocrats. The company has raised its dividend every year for the past 35 years. (Source: “AT&T Inc. Historical Dividend Data,” AT&T Inc., last accessed November 6, 2019.)

Right now, T stock has a quarterly dividend rate of $0.51 per share, which comes out to an annual yield of 5.2%.

Compared to what most other companies are paying, that certainly looks quite generous. And as one of the largest communications companies in the world, AT&T could deliver even more cash returns to investors.

You see, AT&T has more than 170 million customers across its broadband, pay-TV, and wireless businesses. In just the U.S. alone, the company has more than 155 million wireless subscribers. Most of these customers are paying AT&T on a monthly basis. As a result, the company can generate a recurring stream of revenues and profits. (Source: “Investor Profile,” AT&T Inc., last accessed November 6, 2019.)

AT&T’s recurring business model has put the company in a great position to pay reliable dividends. And as the company’s business grew, its payout to shareholders also got more generous. Over the past decade, T stock’s quarterly dividend rate has increased by 24.4%.

Now, AT&T has already paid four quarterly dividends of the same amount and is due for another review of its dividend policy. Given previous patterns and management’s new guidance, another $0.01 increase to the company’s quarterly dividend rate to $0.52 per share looks like a good possibility in December 2019.

Compared to the previously mentioned two companies, MGP is a relatively new ticker to stock market investors because the company only completed its initial public offering (IPO) in April 2016. Still, in just a few years, the REIT has already delivered some very impressive dividend growth.

Notably, this was MGP stock’s ninth dividend hike since its IPO. More recently, the REIT has been raising its payout every single quarter.

With MGM Growth Properties stock trading at $31.09 apiece, it has an annual dividend yield of 5.9%.

Seeing a high dividend yield and frequent payout increases, you might be wondering whether the company can afford to continue this level of payout. Well, if you take a look at the financials, you’ll see that the answer is “yes.”

Like most REITs, MGM Growth Properties LLC reports something called funds from operations (FFO). Generally speaking, what risk-averse income investors want to see is a REIT that can generate more FFO than what it pays out in dividends.

As a giant landlord, MGM Growth Properties LLC is well positioned to grow its business. According to the company’s latest investor presentation, it has a two percent annual rent escalator on $856.0 million of its adjusted annualized rent of $946.0 million. So as time goes by, MGP will automatically be earning higher rental income from its properties. (Source: “Investor Presentation April 2019,” MGM Growth Properties LLC, last accessed November 6, 2019.)