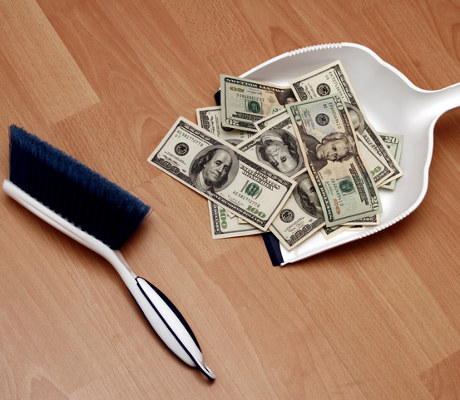 22 Billion Reasons to Own Procter & Gamble Co This Year 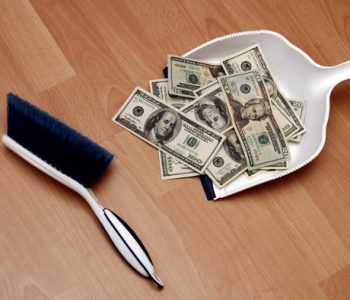 Sometimes, the market makes things easy for us. After a somewhat sluggish 2016, Procter & Gamble Co (NYSE:PG) stock is on a nice little run of late, up more than four percent year-to-date and about 11% above from its 52-week week lows.

Now, that kind of price action would usually give the value investor in me some pause, but upon further inspection, there’s very good reason for PG stock to be bouncing. As regular readers of my articles know, I’m constantly trying to figure out if a stock’s recent price action is justified and in line with the company’s current fundamental picture.

In P&G’s case, not only are financials improving, but management seems dead-set on sharing the wealth with shareholders–$22.0 billion in wealth, to be exact!

Now, before we get to that number, let’s take a look at how P&G’s operations are currently performing. After all, that $22.0 billion needs to come from somewhere.

The major theme at P&G of late has been surprisingly impressive top-line growth. In Q2, organic sales increased two percent over the year-ago period, driven entirely by a two-percent gain in volume. The impact of pricing and mix was flat. This organic increase was especially impressive, considering that it came off two-percent growth in last year’s comparable period.

P&G’s top-line growth has been fairly broad based, with organic sales improving in all of the company’s five reporting segments, suggesting that management’s recent initiatives to clean up its portfolio are already paying off in spades. Moreover, the company saw organic improvement in five of the six regions it operates in, giving me plenty of optimism over P&G’s overseas progress.

After October’s spin-off of beauty segment Coty, P&G is nearly done with its plan to divest more than 100 non-strategic brands in order to focus efforts on 65 core brands; 21 of which generate $1.0 billion–$10.0 billion in annual sales (including “Tide,” “Gillette,” “Crest,” “Dawn,” and “Pampers”) and another 11 that produce annual sales of $500.0 million–$1.0 billion.

Dedicated readers know I’ve long said that if P&G’s management team could just focus on its most beloved core brands and stop flailing in new markets–particularly in emerging ones–organic sales and returns on capital would surely improve. That’s exactly what we’re seeing with P&G right now.

Of course, P&G isn’t just looking to grow its top-line more efficiently. Costs count, too, and management also seems to be improving nicely on that front.

Core gross margins in Q2 increased 70 basis points over the year-ago period to 51.5%. Unfortunately, a remarkably impressive 210 basis points of productivity improvement was largely wiped out by continued commodity and foreign exchange headwinds. Still, management’s 2012 goal to save $10.0 billion in costs over five years continues to be accelerated and exceeded.

Given the strength in Q2, management now sees full-year organic sales growth of two percent to three percent, up from a prior view of two percent.

“We delivered good results in the second quarter in a difficult operating environment,” said David Taylor, P&G’s chairman and chief executive officer. “Stronger top-line performance in the first half of the fiscal year is enabling us to increase our organic sales growth outlook for the full year – another step towards the levels of balanced top-line, bottom-line, and cash flow growth that will consistently put P&G shareholder value creation among the best in our industry.” (Source: “P&G Announces Second Quarter Earnings,” Procter & Gamble Co, January 20, 2017.)

But what about the $22.0 billion of capital return, you ask?

Well, considering how efficiently P&G is performing both on the top and bottom line, management said it expects to pay about $7.0 billion in dividends and buy back more than $5.0 billion in stock in 2017. Add $9.4 billion in share reduction from the Coty transaction and that gets you to roughly $22.0 billion in expected cash return for the year.

Of course, significant capital returns aren’t exactly new to P&G shareholders. Far from it, in fact.

The company has paid a dividend for an amazing 126 consecutive years and has even increased it for the last 60 years straight. Over the past decade, P&G has returned more than $123.0 billion to shareholders (essentially paying out all of its earnings) through dividends, buybacks, and share exchanges. Rarely does it get more shareholder-friendly than that.

Thanks to massive market share in several household and personal care segments–roughly 30% share of baby care, 65% of razors and blades, 25% of feminine protection, and 30% of fabric care–P&G has the global brand power and cost-efficient scale to generate whopping free cash flow. In fact, free cash flow consistently represents about 15% of the company’s sales.

More importantly, given P&G’s continued success in cutting the unprofitable fat from its portfolio, I’d only expect cash flow margin and, in turn, capital returns to increase over the next several years.

“At the start of the fiscal year, last fiscal year, we forecasted that we would return up to $70 billion in dividends, share exchange and share repurchase over four years through fiscal 2019,” said Chief Financial Officer Jon Moeller in the Q2 conference call with analysts. “With $15 billion returned last fiscal year and about $22 billion projected for this year, we are making good progress towards that goal.” (Source: “The Procter & Gamble’s (PG) Management on Q2 2017 Results – Earnings Call Transcript,” Procter & Gamble Co, February 13, 2017.)

The Bottom Line On PG Stock

I wouldn’t let PG stock’s recent of late prevent me from seriously considering the opportunity.

After years of jumping into too many markets in too many countries, P&G is finally getting leaner and meaner, choosing to focus on its highest-return brands and regions. Management still has a long road ahead, and with a company as gargantuan as P&G, boosting productivity will always be a work in progress. However, the early returns from the new and improved P&G are encouraging. What’s more, P&G’s dividend and share buybacks seem to be following in lockstep with all of the operational progress.

More importantly, with PG stock boasting a dividend yield of three percent, nearly 100 basis points higher than that of the S&P 500, it might still be a decent time get in.