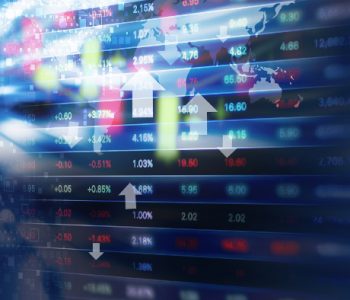 The Dogs of the Dow

The Dow Jones Industrial Average (DJIA) is one of the most watched indices of the U.S. stock market. For decades, investment professionals have used many different strategies trying to beat the index. One of the easiest strategies is called “Dogs of the Dow,” and it also happens to be income investor-friendly. In this article, we are going to go over what this strategy is and how to implement it, and take a look at companies that make up Dogs of the Dow 2017.

The DJIA was created by Charles Dow back in 1896. When first launched, the price-weighted index included just 12 companies that were almost purely industrial. Today, the Dow contains 30 components coming from many different industries, such as consumer goods, oil and gas, and technology. All of the 30 companies currently included in the index pay a dividend.

So, what is the Dogs of the Dow strategy?

Well, to put it simply, Dogs of the Dow are the 10 of the Dow 30 companies with the highest dividend yield. The strategy is very easy to implement. After the market closes on the last trading day of the year, an investor would look at the 30 stocks that make up the Dow Jones Industrial Average and select 10 stocks with the highest dividend yield. Then, the investor would invest an equal dollar amount in each of these 10 stocks and hold them for one year.

After holding these Dogs of the Dow for one year, the investor would repeat the process. That is, they would reassess the 30 Dow components, determine the ones with the highest dividend yield, and make their portfolio equally weighted in each of the 10 highest-yielding stocks again.

Sounds easy, but what’s the reasoning behind the Dogs of the Dow strategy?

Well, the premise is that the 30 components of the Dow Jones Industrial Average are blue-chip companies that pay solid dividends. While their stock price may fluctuate, their dividends are determined by the companies’ management. Since a company’s dividend yield moves inversely to its stock price, a high dividend yield, in some way, could mean that the company is temporarily out of favor and is near the bottom of its business cycle. The Dow includes solid companies with strong fundamentals, so these out-of-favor companies may see their stock price increase faster once the market starts warming up to them again. Meanwhile, their high yields also provide investors with sizable dividend payments. The strategy was formulated in 1972 and popularized by Michael Higgins in his book Beating the Dow in 1991.

This is a long-term strategy and has historically worked to beat the index. From 1957 to 2003, the Dogs of the Dow averaged an annual return of 14.3% while the Dow Jones Industrial Average returned an average 11%.

What about more recently? Well, below is the Dogs of the Dow performance history for the past five years:

Dogs of the Dow Performance History

Dogs of the Dow Dividend Stocks

Now, let’s take a look at the current Dogs of the Dow list. The list includes the 10 highest-yielding stocks in the Dow Jones Industrial Average as of the close on December 31, 2016.

The number-one stock on the list of Dogs of the Dow for 2017 is Verizon Communications Inc. (NYSE:VZ). Verizon is a telecommunications company headquartered in New York City. The company has an entrenched position in the wireless communications industry, with the largest 4G LTE network in the U.S. covering 98% of the population.

One thing to note is that the industry has high barriers to entry. While limited competition has resulted in higher cell phone bills for consumers, it also led to higher profits for carriers like Verizon.

Pfizer Inc. (NYSE:PFE) is one of the largest pharmaceutical companies in the world. Headquartered in New York City, the company develops and produces medicines and vaccines for a wide range of medical disciplines, including immunology, oncology, cardiology, diabetology, and neurology.

Chevron Corporation (NYSE:CVX) is the second-largest oil company in the U.S. by both market cap and revenue. Based in San Ramon, California, Chevron is involved in almost every aspect of the energy industry, including oil and natural gas exploration, production, transportation, refining and marketing of transportation fuels and lubricants, and manufacturing and selling of petrochemicals and additives, among others.

CVX stock has lost quite a bit of investor appeal since the downturn in oil prices began in the summer of 2014. However, the company did not cut its payout to income investors. On the last trading day of 2016, Chevron stock was yielding 3.67%.

Boeing Co (NYSE:BA) is the largest aerospace company in the world. Headquartered in Chicago, Illinois, the company designs, manufactures, and sells airplanes, rockets, satellites and rotorcraft across the world. Boeing is also the second-largest defense contractor in the world by revenue. Right now, the company has a backlog totaling nearly $500.0 billion. (Source: “Overview,” Boeing Co, last accessed March 2, 2017.)

Boeing is a familiar name to income investors. The company has over 100 years of operating history and has paid steady or increasing dividends for well over 30 years. BA stock was yielding 3.65% at the end of 2016.

Cisco Systems, Inc. (NASDAQ:CSCO) is a multinational technology company based in San Jose, California. The company develops and sells networking hardware, telecom equipment, and other technology products and services.

Cisco has been around for more than three decades, but did not become a dividend stock until 2011. The company has been raising its payout; since Cisco’s first quarterly dividend of $0.06 per share paid in April of 2011, its quarterly payout has increased by nearly fivefold. The company had a dividend yield of 3.44% by the end of last year. (Source: “Dividends and Splits,” Cisco Systems, Inc., last accessed March 2, 2017.)

The Coca-Cola Co (NYSE:KO) has been one of the best dividend-paying stocks for income investors. The company has an unrivaled track record when it comes to dividends. Coca-Cola has paid uninterrupted quarterly dividends since 1920 and has increased its payout in each of the last 55 years. That makes KO stock a dividend aristocrat two times over.

Coca-Cola is one of the most recognized brands on earth, with 94% of the world’s population recognizing its red-and-white logo. Its deeply entrenched position in the global beverage business could allow it to keep making handsome profits year after year.

However, KO stock’s performance in 2016 was rather disappointing. Returning negative 3.5% last year, Coca Coca stock had a dividend yield of 3.38% by the year’s end.

International Business Machines Corp (NYSE:IBM) isn’t a “dividend aristocrat” yet, but it is still one of the dividend stocks with growing payouts. The company has been paying consecutive quarterly dividends since 1916, when most of the tech stocks today didn’t even exist. Moreover, IBM has raised its dividends in each of the past 21 years.

Some Dow components made to the Dogs of Dow 2017 list due to their lackluster performance in 2016. But for IBM stock, that wasn’t really the case. Shares of the tech giant surged more than 20% last year, and IBM stock was yielding 3.37% by the end of December.

Note that CAT stock was actually one of the biggest gainers among the Dow 30 companies last year, climbing more than 36%. Caterpillar also has a solid track record of dividends, having paid a quarterly cash dividend every year since 1933. The stock was yielding 3.32% by the end of 2016.

Exxon Mobil Corporation (NYSE:XOM) is the largest publicly traded international oil and gas company. The downturn in oil and gas prices over the past two years have left many energy companies deep in the doldrums, and some companies have cut back their dividends. Not at Exxon Mobil, though; this oil and gas supermajor was actually raising its dividend over this period. In fact, Exxon Mobil has increased its payout for 34 consecutive years. The company was yielding 3.32% at the end of 2016.

The last one on the Dogs of the Dow 2017 list is Merck & Co., Inc. (NYSE:MRK). Merck is a multinational pharmaceutical company operating in more than 140 countries around the world. Its core product categories include diabetes, cancer, vaccines, and hospital acute care. Last year, the company generated $39.8 billion of total revenue.

Merck started paying quarterly dividends in 2010 and has raised its payout 24% since then. The company had an annual dividend yield of 3.19% by the end of 2016.